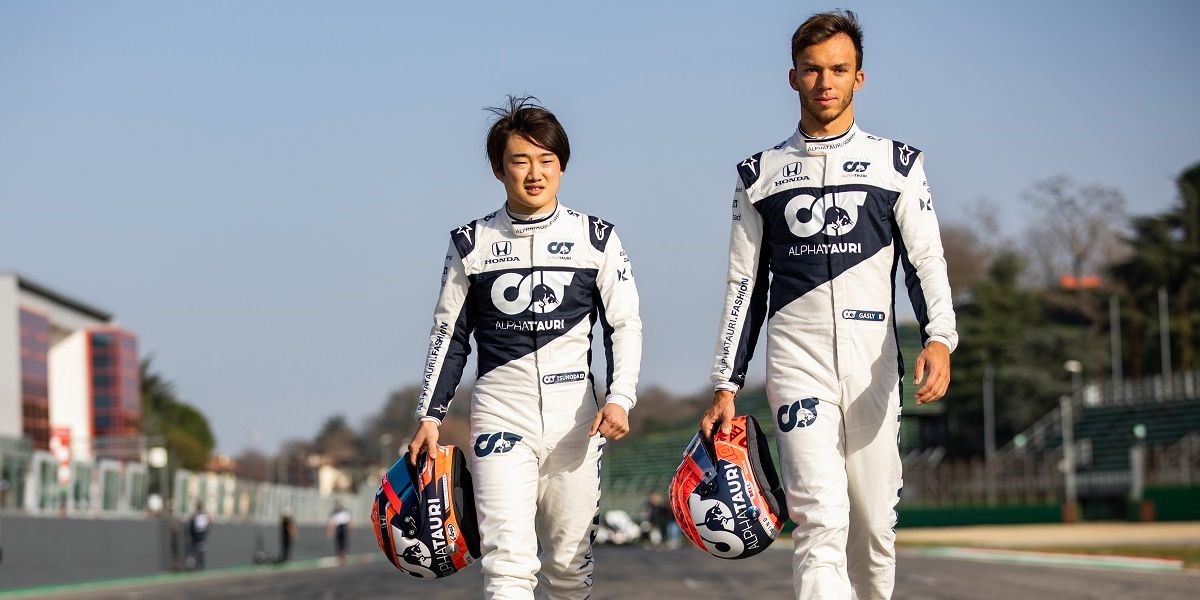 Following what seems to be a successful season this year so far, with Pierre Gasly and Yuki Tsunoda, in which the pairing have shown a positive working relationship on-and-off track, Scuderia AlphaTauri is pleased to announce that they will retain both drivers for the 2022 FIA Formula 1 season.

With Formula 1 set to change regulations on a massive scale for next season, AlphaTauri have opted for continuity for 2022 with Gasly and Tsunoda retained for another season – Gasly for his speed, Tsunoda for the important check he brings to the team, likely in the way of free Honda engines.

Pierre has shown a very strong performance whilst undertaking a team leader role this season, having already achieved a podium finish and remaining within the top 10 in the drivers’ standings. Meanwhile Yuki, who became the first Japanese driver to score points in their debut Formula 1 race, has stepped up to the new challenge and is continuing the steep learning curve during his rookie season.

Focussing on the remainder of the 2021 season Scuderia AlphaTauri, who continues to be the only outfit to score points in every race so far, will focus on the tight battle for fifth position in the standings.

Pierre Gasly commented: “I am very happy to be moving forward with Scuderia AlphaTauri for another season in Formula 1, especially after seeing the progress that we’ve made as a team since I first joined in 2017. Seeing the performance we’ve shown so far this season, I think there are great things to achieve for the rest of this season and for next year, especially with the upcoming changes to the championship in 2022. I’m very excited to see what we can accomplish in the new era of F1 and to keep working with the team as best as I can to bring us forward in the team standings. This year has been very successful so far, and I really believe we can work well together to do even better in 2022.”

Yuki Tsunoda added: “I’m really excited to be staying with Scuderia AlphaTauri for a second season. It’s an incredible opportunity, and I’m so thankful to the team for letting me continue to grow my experience in Formula 1 with them. I have a very good relationship with Pierre, I have learned a lot from him already this year and his experience has helped me to keep developing my own skills, so it’s great to be continuing my F1 journey with him. Having recently moved out to Faenza, I am feeling very settled within the team, and I am looking forward to the upcoming season.”

Franz Tost, Scuderia AlphaTauri Team Principal said: “I’m pleased to announce today that we will keep both our drivers here at Scuderia AlphaTauri for the 2022 season. Pierre’s development in the years has been impressive, and in his time with us he managed to make it to all three steps of the podium. Starting with the second place in Brazil in 2019, he then won our home Grand Prix the following year in Monza and this year he has already achieved a podium with a 3rd place in Baku. I am confident there’s more to come, and this is why we are excited to have him with us for another season. Furthermore, he is using his experience in F1 to help Yuki with his development. This year we have seen that the positive relationship between the two, made of a competitiveness on-track and a friendship off-track, has proven effective for the team. Yuki has joined the team as a rookie and is continuing to learn every day, the feedback from the engineers shows that he is absorbing all the information given to him and improving. As a rookie, Yuki is only at the beginning of this journey, so it’s good that he can continue what we’ve started together. It’s great for us to be securing our driver line-up so early in the season, so we can now focus on the rest of 2021, where we’re in a tough fight in the midfield pack.”