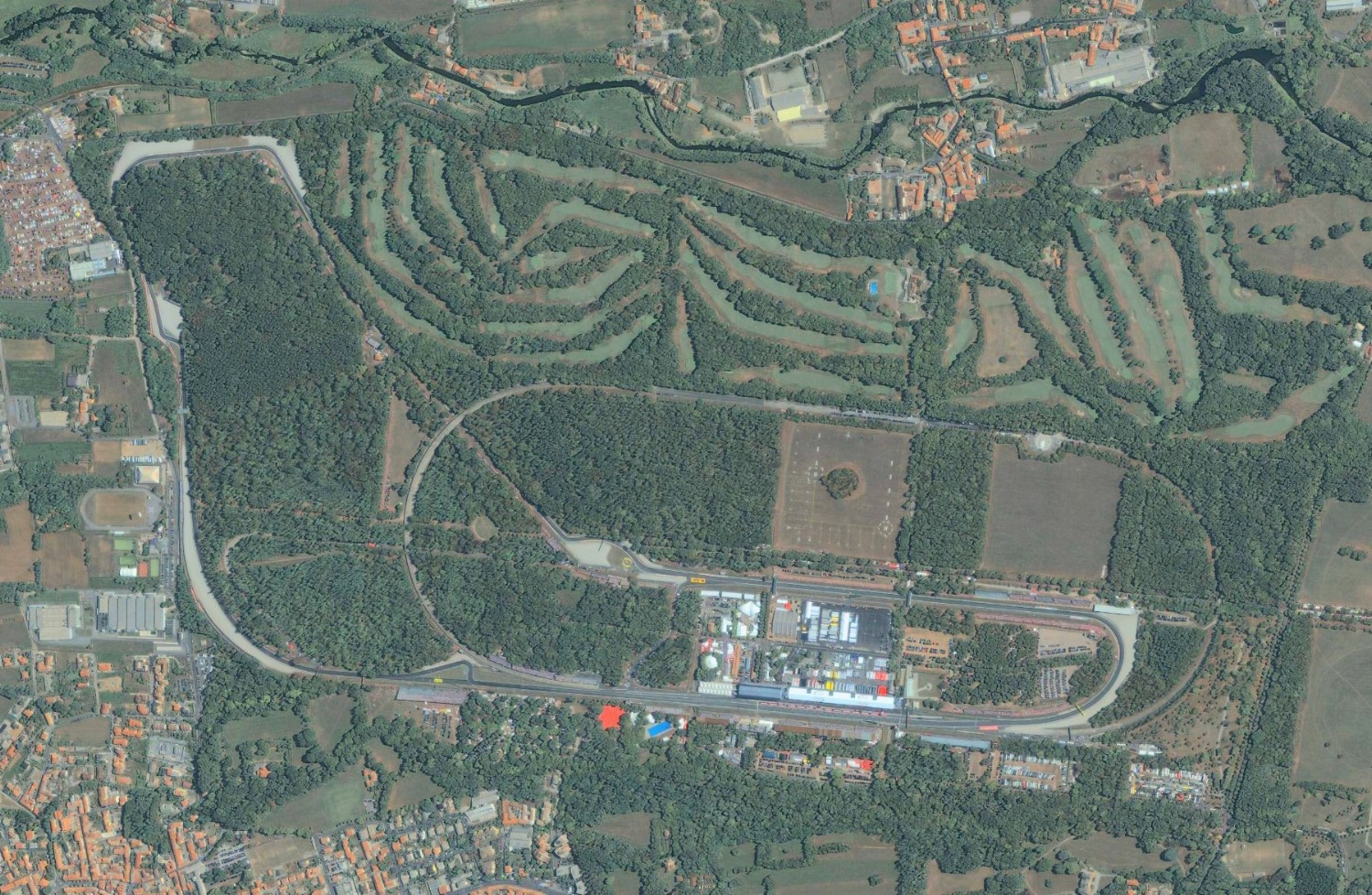 The F1 teams are preparing for their third GP in as many weeks and this time it’ll be fast and frenetic, with the high-speed Autodromo Nazionale Monza hosting Formula 1’s Italian Grand Prix.

No circuit in the world has been graced by Formula 1 machinery more often than Monza, with the track absent only once – in 1980 – since the inception of the world championship in 1950. Set within the grounds of the leafy Parco di Monza, with the Alps visible on a clear day, the venue is renowned for its high-speed sections, while the decaying banked oval continues to act as a memorial to the circuit’s history. It will be Formula 1’s second visit to Italy this year, following on from April’s trip to Imola, which held the Emilia Romagna event.

Modern Monza has remained largely untouched since the turn of the millennium, with lengthy straights punctuated by heavy braking zones, chicanes and a handful of medium-speed corners. The low-downforce packages sported by Formula 1 teams means speeds approaching 370km/h can be achieved while last season Lewis Hamilton covered 5.793km in just 1:18.887s to set a new fastest average lap speed record of 264.363km/h during qualifying.

Following on from its debut at Silverstone the second trial of F1 Sprint, a duration of 18 laps, will take place at Monza.

What to watch out for

Sprint qualifying. Yes, it’s back after making its debut at the British Grand Prix earlier in the season. Many of you probably know the deal by now: qualifying on Friday, sprint qualifying on Saturday, and grand prix on Sunday. But for those in need of a refresher, here’s how a breakdown of this weekend’s format…

Right, now that’s out of the way, what else should you watch out for? Well, there should be a large helping of overtaking – certainly more than we saw at the Dutch Grand Prix. Zandvoort is all about narrow twists and turns, but Monza is all about long straights – it’s not called the ‘temple of speed’ for nothing you know – and this should provide plenty of opportunity for slipstreaming and overtaking. In fact, slipstreaming could be a big talking point this weekend, particularly in qualifying – and by qualifying we mean the one on Friday, not Saturday. Drivers will jockey for track position that can give them a chance to take advantage of tow.

The long straights inevitably dominate the car setup, but the corners, curbs and change of direction through the Ascari complex can’t be ignored. Balancing all these requirements in a single free practice session before the cars are placed in Parc Ferme will be an interesting challenge for all the teams. Additionally, like Silverstone, the qualifying session takes place in the early evening, which will change the tire behavior and require a slightly different approach.

This weekend the teams have the middle of the Pirelli compound range, with each driver getting two sets of the Prime, four sets of the Option tire and six sets of the Qualifying compound. One of the key decisions facing the teams will be which compound to use for the Sprint Qualifying session, and which to save for the all-important Grand Prix on Sunday.

Monza’s many straights mean the throttle is pinned to the floor for much of the lap and it’s one of the most power-sensitive circuits on the calendar. The need for speed will see cars running the least amount of downforce they have all season – cue skinny wings and the removal of unnecessary aero flips and flicks on the bodywork – as teams seek to minimize drag and maximize straight-line speed.

It’s not all about the straights though, speed exiting the corners onto the straights is crucial. The aim is to carry speed onto the straights by riding the curbs, coping with rapid changes of direction and having good traction coming out of the chicanes and Monza’s famous final corner, Parabolica, which has been renamed ‘Curva Alboreto’ in honour of the late Michele Alboreto, who raced for Ferrari in the mid-1980s. 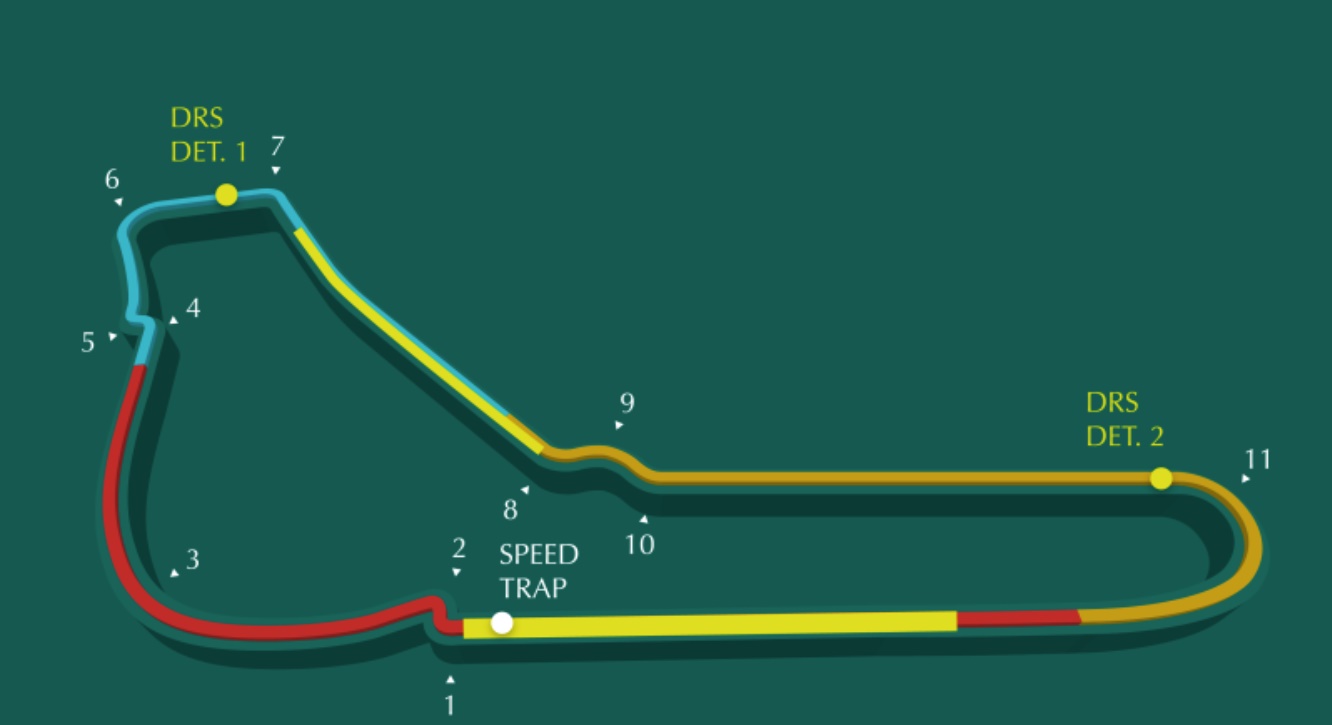 In qualifying, it’s not unusual to see drivers backing up on the entry to the Parabolica because a bad exit can ruin a lap before it’s even truly begun.

Drivers will exit the corner at high speed, crossing the start line at speeds of over 300km/h for one of the longest straights on the calendar.

With the benefit of DRS, drivers will nudge above 340km/h in eighth gear as they prepare to slam on the brakes for the first chicane: Variante del Rettifilo.

Dropping to second gear, and roughly 80km/h, it’s a quickfire right-left turn where first-lap accidents usually occur – and someone going in too hot will take to the escape road on the left. 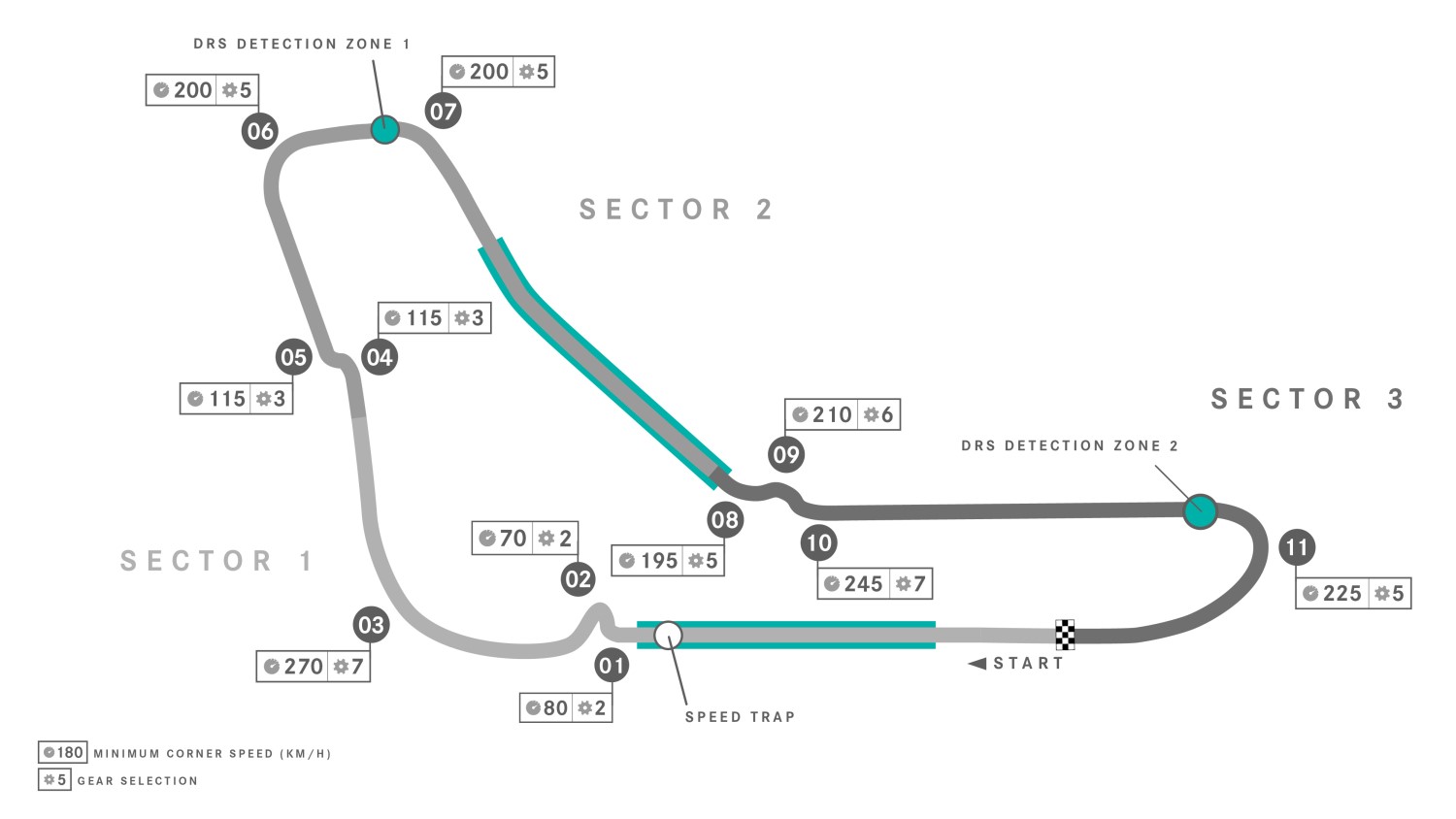 A good exit out of Turn Two sets up the flat-out and gradual bend of Turn Three that leads to the following corner. Slipstreaming and overtaking is common in this section as drivers get back above the 300km/h limit ahead of Turn Four: Variante della Roggia.

Drivers move to the outside and brake at around the 100m board for a mid-speed chicane, entered at around 120km/h in third gear, again there’s an escape road, this time to the right, for those who overcook it.

On the outside of the corner lies an aggressive curb that is best avoided because it can easily damage the floor.

The best line is to clip the inside of the curb at Turn Five while avoiding the bump ahead of the Lesmos. While it’s a sharp right-hand corner, it’s still taken in fifth at 190km/h, following a dab of the brakes.

Drivers move slightly left on the exit and make the most of all available track, running across the outside curb, ahead of the second Lesmo that quickly follows, which is taken in the same way as the first Lesmos.

The exit here is crucial because it’s another long straight ahead; with the benefit of DRS. The run to Ascari is also likely to be one of the last chances to make an overtake ahead of the final sector.

Ascari is a high-speed ess bend, where drivers clip the inside curb on entry at 180km/h, shifting right and using the curb, lifting slightly for Turn 10. It’s very, very quick.

Drivers move to the outside to position themselves for the exit, braking slightly and maintaining a high average speed, clearing the left-right-left at over 225km/h.

Parabolica is approached at over 300km/h for the final corner of the lap. Again, braking at around the 100m mark, drivers switch from the outside on approach to the inside line of the corner, navigating at 225km/h.

The key is to unwind the steering wheel through the second half of the corner and to exit back on the main straight at over 275km/h, making sure not to run wide and lose the lap time, before powering back across the finish line.