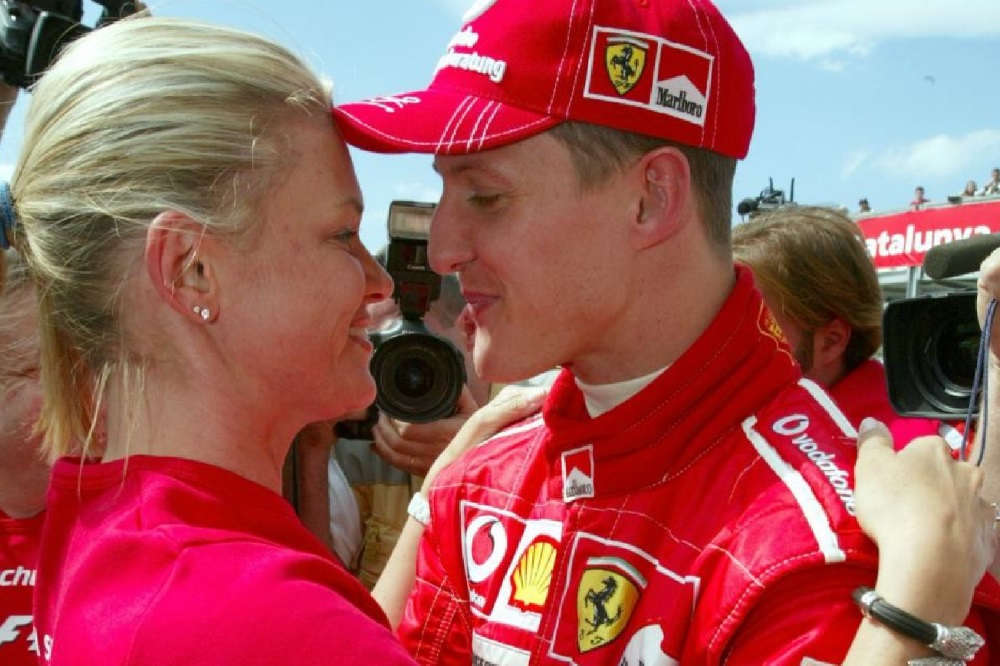 (GMM) Michael Schumacher is “different” in the wake of his brain injuries sustained in a skiing accident in late 2013, his wife Corinna has revealed.

Excerpts of some of the German-language sections of the new official Netflix film about the F1 legend have emerged in the media, including in Kolner Express newspaper.

“We live together at home, we treat him, we do everything so that Michael is better and doing well and that he feels our family solidarity,” she said.

“But it’s very clear that I miss Michael every day, and not just me – the children, the family, his father, everyone around him. Everyone misses Michael.

“But Michael is there. Different, but he is there and that gives us all strength,” she said.

Schumacher was with his son Mick when he had the fateful skiing crash, with the young German having subsequently entered Formula 1 with Haas.

Mick admits it feels “unfair” to have been deprived of fully enjoying the key milestones in his life with his father – like making his F1 debut this year.

“I think we would now understand each other in a different way simply because we would speak a similar language – that of racing. We would have so many things to talk about,” Schumacher, 22, said.

“That’s a thought that is in my head a lot, because if it were possible it would be wonderful. I would give up everything to be able to do that.”

As for Corinna, she vows to keep on fighting at her famous husband’s side.

“It is important that he can continue to enjoy his private life as much as he can. Michael has always protected us, now we protect Michael,” she said.