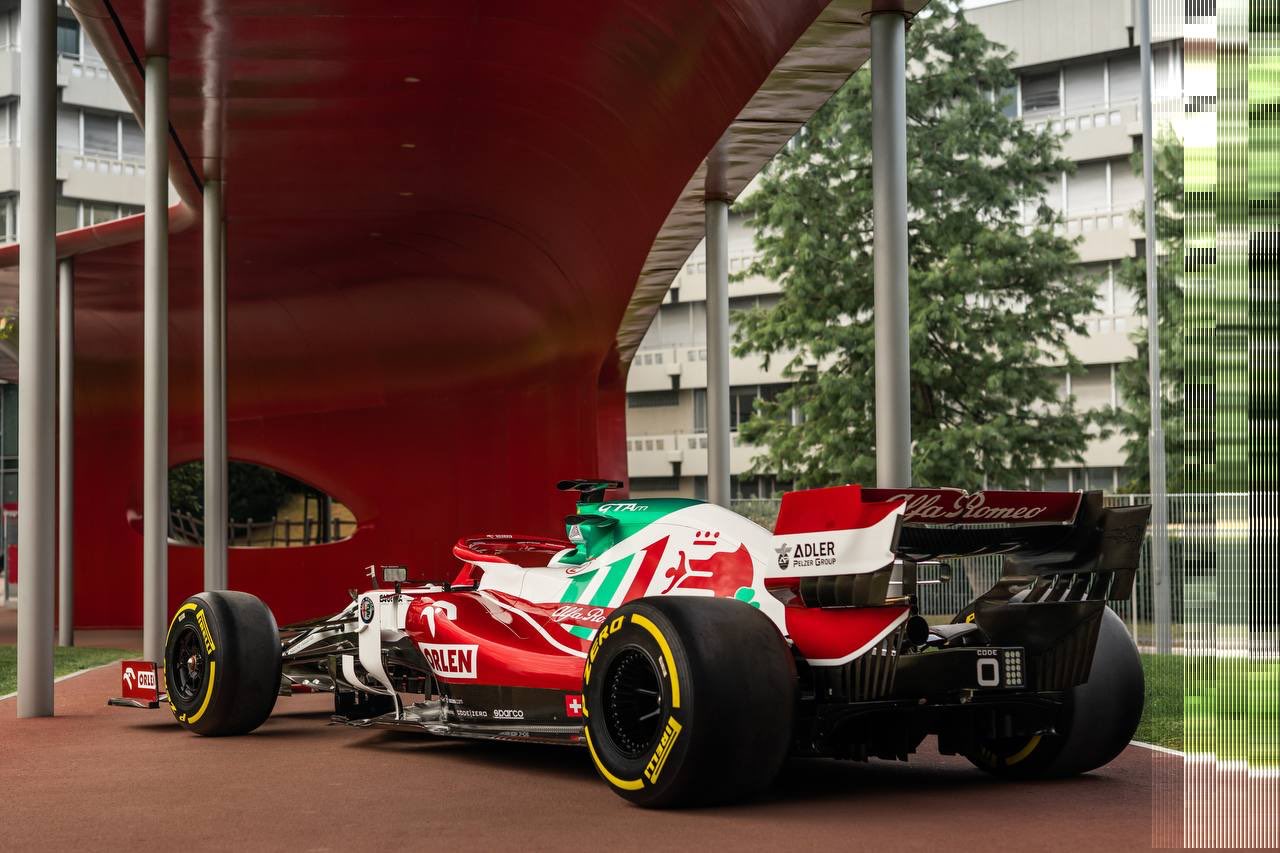 Alfa Romeo Racing ORLEN will celebrate the Italian Grand Prix with a special livery, created by the Centro Stile Alfa Romeo – a creative tribute on the car and the drivers’ uniforms to honor this occasion. From winning the first title in F1 history with Nino Farina in 1950 to today, an unbreakable bond exists between the Alfa Romeo marque and the Monza circuit, host of this weekend’s race.

The Autodromo Nazionale di Monza is not only the venue of the Italian GP, it is also the track where, on September 3rd, 1950, Alfa Romeo won the first title in Formula 1 history, in the Alfetta 158 with Nino Farina at the wheel. The unbreakable bond that ties marque and venue has been reforged once again this year. 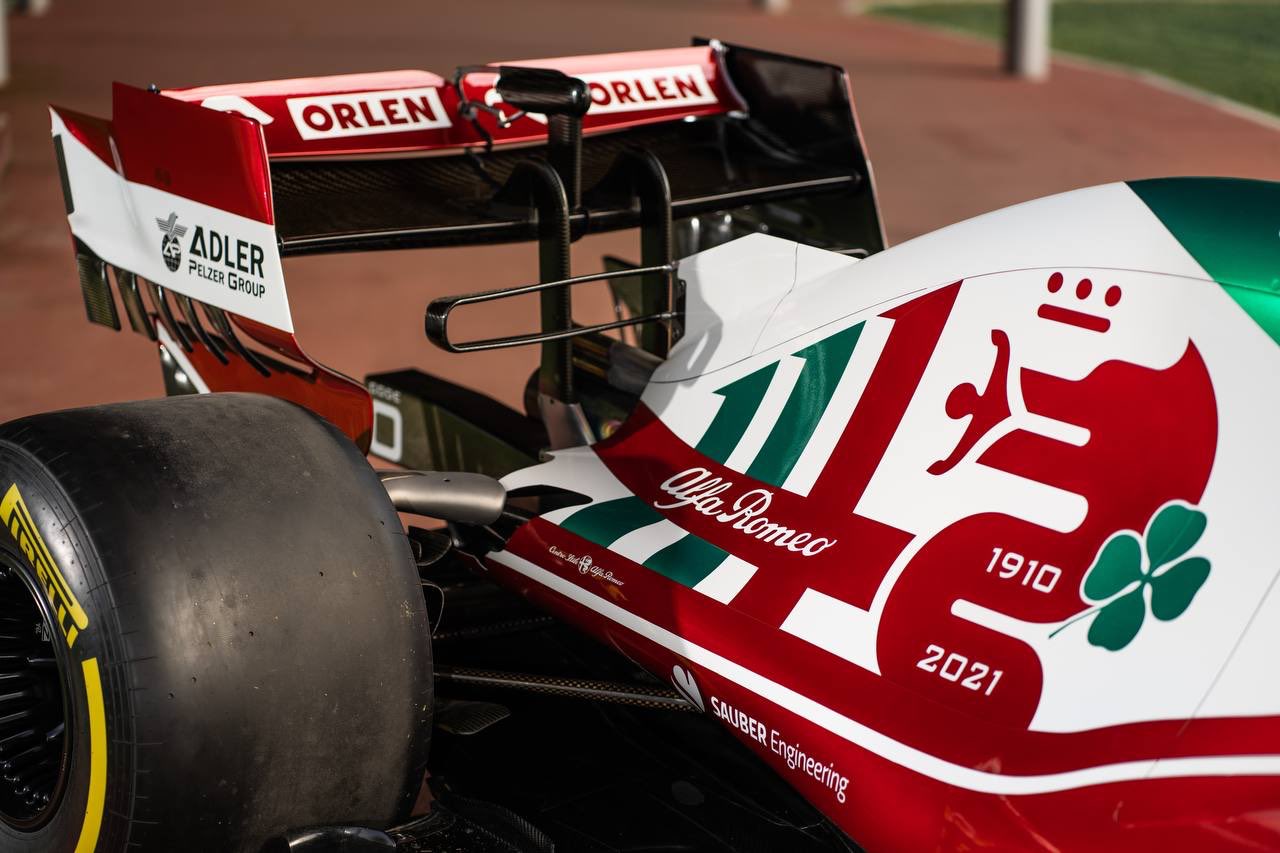 To celebrate the Italian Grand Prix, the Alfa Romeo Racing ORLEN C41s will take to the track in a livery produced specifically for the event by the Centro Stile Alfa Romeo. The star of the show is the logo, celebrating the brand’s 111-year history, its colors revisited to recall those of the Italian flag.

The upper part of the engine cover has been turned ‘Quadrifoglio’ green, to complement the customary red and white of the regular livery. The reinterpretation of the colors makes the Italian flag the dominant theme of the livery.

The creative contribution of the Centro Stile Alfa Romeo is not limited to the team’s cars, but also reinterprets the racing suits of the two Alfa Romeo Racing ORLEN drivers. The Italian flag is also brought to life in the 111 logo, featured in the upper part of the suit to extend into vertical lines on the driver’s leg, ‘metaphorically’ all the way down to the tarmac.

Decked out in this special livery, the Alfa Romeo Racing ORLEN show car will be the ‘special guest’ at the Alfa Romeo Museum in Arese throughout the week of the racing event. The brand’s historical home will also be the place to experience the emotions of the GP, with live-streaming of the qualifying and practice sessions and, of course, of the race itself on the big screen in the Giulia Hall. 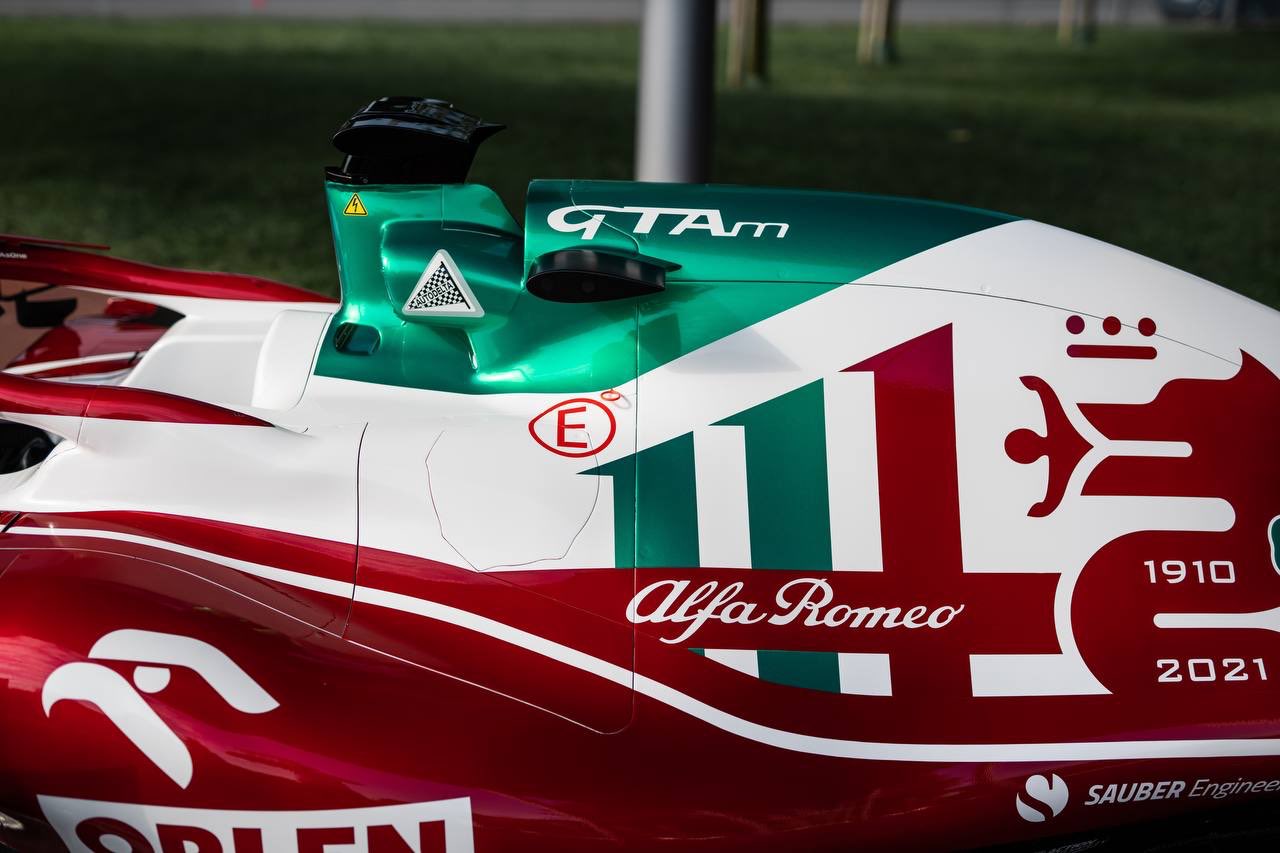 The showcar exhibition will offer the opportunity to explore behind the scenes of Formula One. Visitors to the museum will be able to take part in a virtual experience, including a video contribution from the two Alfa Romeo Racing ORLEN drivers, who will also feature in a virtual meeting livestreamed from at Monza, during which they will chat with the Museum’s guests. All the other events scheduled for the weekend of September 11th to 12th will also be Formula One-themed: from scale models to actual Alfa Romeo cars, plus two different flashmobs of the Alfisti fans in attendance. The first – the MINI Flashmob – will take place in the Giulia Hall at 4:30 pm on Saturday, September 11th, on a 1:43 scale reproduction of the short track surrounding the museum, featuring the Alfa Romeo scale models brought in and displayed by the Alfisti fans. On Sunday, September 12th the ‘real’ Alfa Romeo cars will be in the spotlight, stepping out on the circuit surrounding the Museum.

A special tribute will be made at the event to the Alfa Romeo AR51, celebrating its 70th anniversary this year. Models of the iconic car known as ‘Matta’ (‘crazy’) will star in the flashmob, which will make up a huge, celebratory Italian flag. The tribute to the ‘Matta’ will continue in the afternoon of Sunday, September 12th, with a special parade and a lecture, part of the backstage cycle, after the checkered flag at the Italian Grand Prix.

For the Alfisti fans of the future, and in addition to the MINI Flashmob, the Museum has organized an educational workshop, where children can try their hand at designing the livery of a single-seater.

Children of all ages will enjoy the “1:23 Scale” exhibition, featuring scale models by Togi. Since the late 1950s and with only a few very rare exceptions, this brand has exclusively produced models of Biscione-brand cars, in a non-standard format. On display will be the brand’s most iconic models, in different versions, colors and trims, with a special focus on Giulia models.