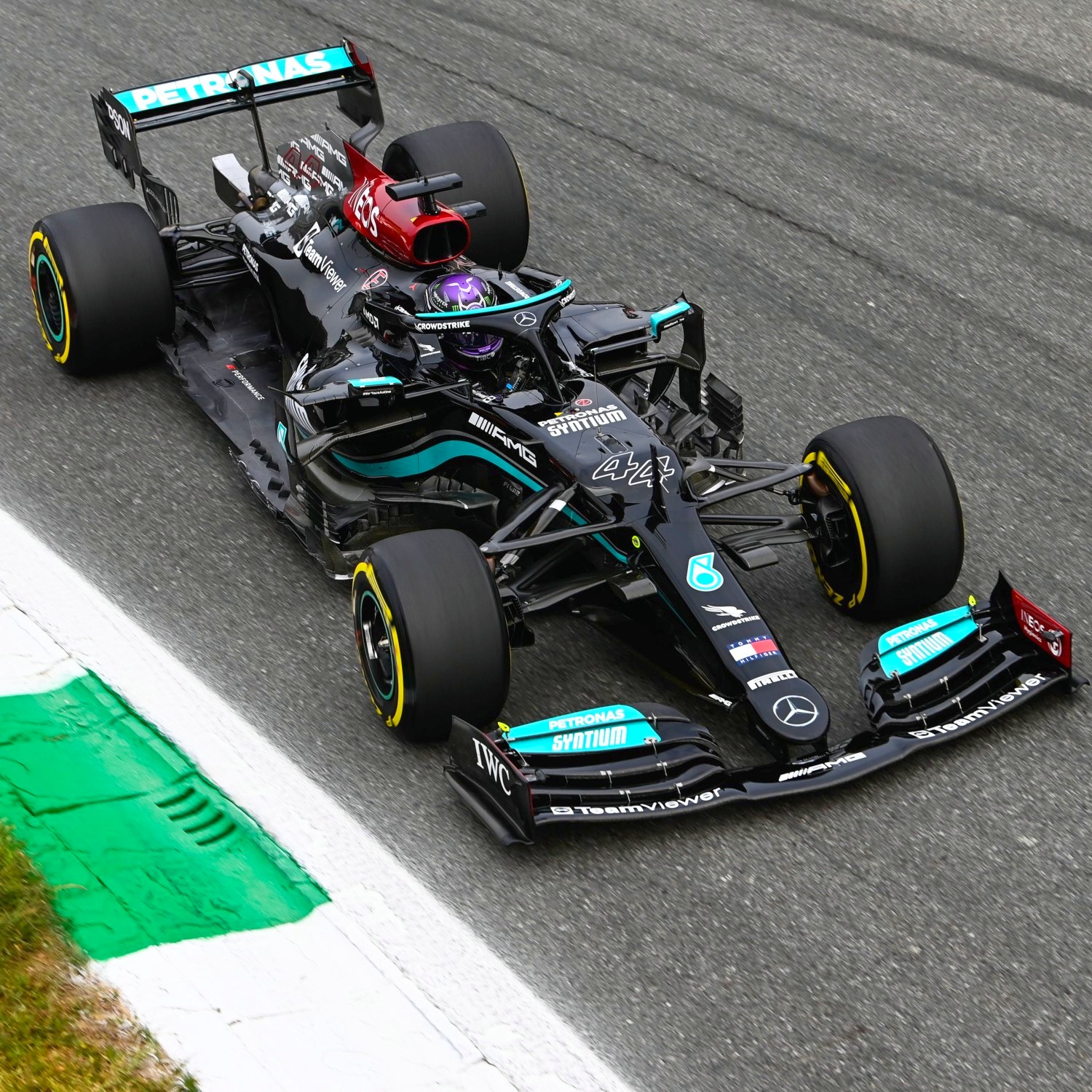 The Mercedes cars are just too powerful for everyone at Monza this weekend.  Lewis Hamilton and Valtteri Bottas ran an easy 1-2 in final practice for the Italian GP at Monza. But Hamilton won’t be starting at the front for the Sprint later on – that honor will be his teammate’s here at Monza.

Hamilton’s fastest lap of 1m23.246s in race setup was 0.22s faster than his teammate and a comfortable 0.508s and 0.671s faster than the Red Bulls of Max Verstappen and Sergio Perez.

Everyone else was out to lunch.

Esteban Ocon was 5th for Alpine while Robert Kubica surprised many with the 6th fastest time for Alfa Romeo. Antonio Giovinazzi was a close 7th in the other Alfa.

Fernando Alonso and Pierre Gasly were 8th and 9th while Lando Norris rounded out the top-10 for McLaren.

Carlos Sainz Jr. once again wadded up his #55 Ferrari, this time taking off the front of the car at the Ascari bend. The Spaniard himself has been cleared to race as it stands, but will be given a second check over before the Sprint. But the car is going to be the issue here. Luckily for the team, they have three and a half hours to go before lights out today.

The Aston Martins were pathetically slow down in 18th and 19th place, 2,7s off the pace and really out to lunch.

But who was running their Sprint levels of fuel, and who had a much heavier tank and was working on race pace? There is no real way of knowing, all of which means the Sprint is going to be even more fascinating later on.