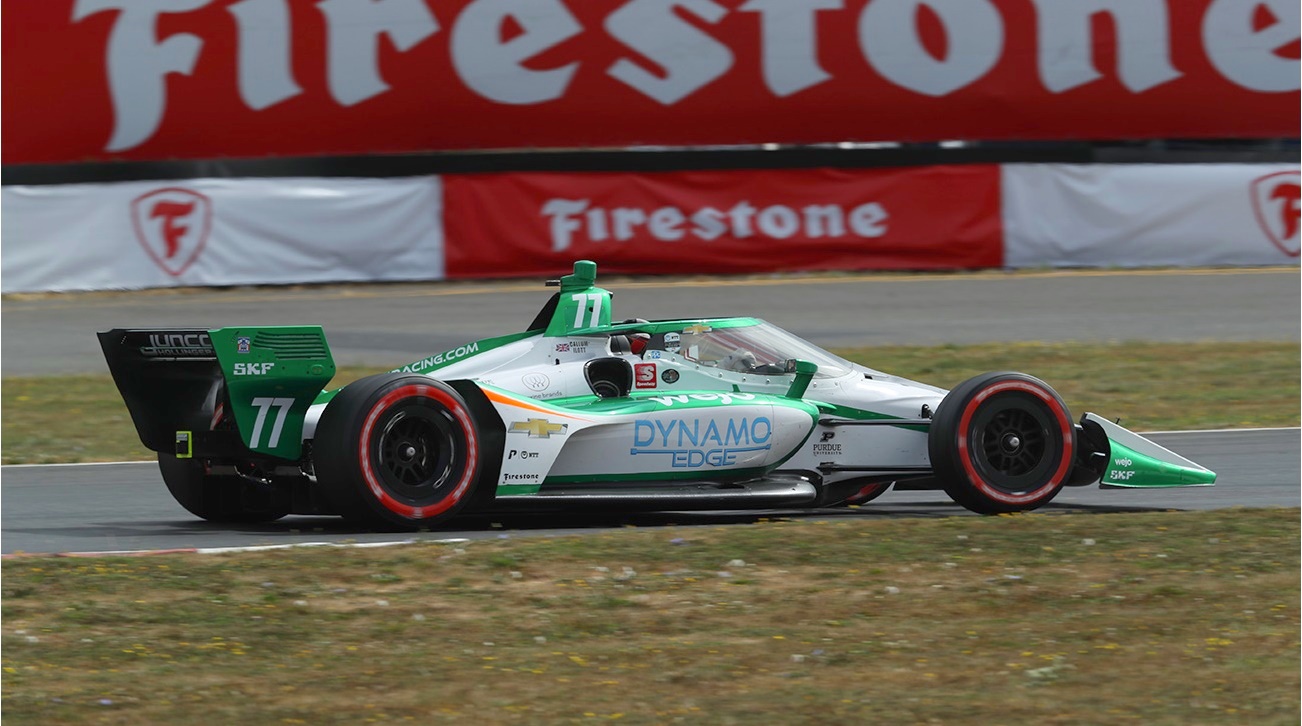 The British Ferrari Driver Academy driver took part in his first-ever IndyCar race at Portland last weekend. After qualifying well, he had to retire because of a problem with the car.

“It was an intense week during which, as I expected, I had a lot to learn to familiarize myself with this new type of racing,” said Callum Ilott after making his IndyCar debut at Portland. He had to retire with a mechanical problem, but it was still an important weekend for the rookie.

Qualifying. Qualifying went well, with Callum 19th fastest in his first session in the most important single-seater series in the States. He finished ahead of big names such as Simon Pagenaud, Rinus VeeKay and Romain Grosjean.

Race. The start was hectic, with several collisions that caused chaos going into turn 1. Ilott did not escape the chaos but was able to continue in 18th place behind the pace car. The green flag came out after 11 laps and Callum moved up to sixth place, thanks to running a high fuel load that meant he was able to go as far as lap 31 before pitting.

Trouble. 20 laps after his stop, a car problem unfortunately meant he had to park up at the side of the track. His car was recovered and brought back to the pits. His Juncos-Hollinger Racing team, making a return to this category after a break, managed to resolve the problem, sending Ilott out to do more laps in the closing stages of the race.

Summary. “We weren’t able to run the whole race, but we acquired a lot of experience, which will be useful to prepare well for the next round at Laguna Seca,” said Callum. Ilott won’t have long to wait to get back on track, as the penultimate round of the IndyCar season takes place this coming weekend, with drivers taking to the track for the first free practice on Friday.