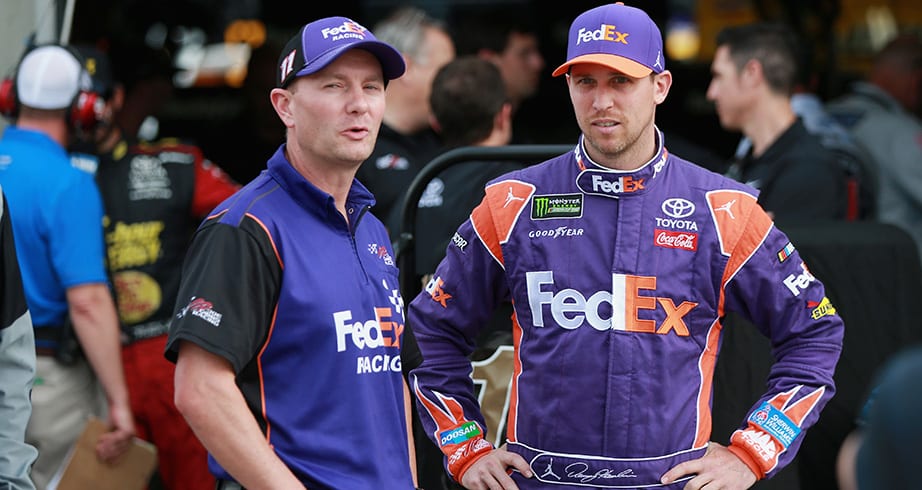 Today 23XI Racing announced veteran crew chief Mike Wheeler will move full time to Director of Competition, a role he has held since 23XI Racing’s inception, along with crew chief of the No. 23 Toyota Camry. With the move, Bootie Barker will step in as crew chief for Bubba Wallace for the remainder of the 2021 season.

As 23XI Racing continues to grow and move towards expanding in 2022 and beyond, this move allows Wheeler to fully focus on continuing to build the team, the team’s expansion in 2022 with the newly announced No. 45 team and work on the team’s future headquarters.

“Mike Wheeler (Wheels) has been a huge part of helping build 23XI Racing,” said 23XI Racing President Steve Lauletta “From day one, Wheels has helped put this team together, with a focus on the competition side. As we move towards 2022, it’s important for us to put the right people in place that help continue the growth of 23XI to the next level. As we finish out the 2021 season, this move allows Wheels to focus on our overall vision for 23XI and allow Bootie (Barker) to help Bubba and the No. 23 team finish strong over the final eight races.”

“Being a part of 23XI Racing from when it was just an idea, to seeing the plans come to life, securing our temporary shop and working to build this team has been an amazing opportunity and one I’m excited to continue as the team grows and expands,” said Wheeler. “I’ve enjoyed the opportunity to be back on the box this season with the No. 23 team and Bubba, but to be able to solely focus on the next steps it takes to expand to a multi-car team, build a new shop and get this team to where it’s in contention to win each and every week is exciting for me and I’m ready to give it my full attention as we finish this season and move in to 2022. Bootie (Barker) has been a great asset to 23XI Racing all season and with his experience, he was the right choice to step in and finish the 2021 season with Bubba and the No. 23 Toyota Camry team.”

The change is effective starting with this weekend’s race at Bristol Motor Speedway on Saturday, September 18, 2021.