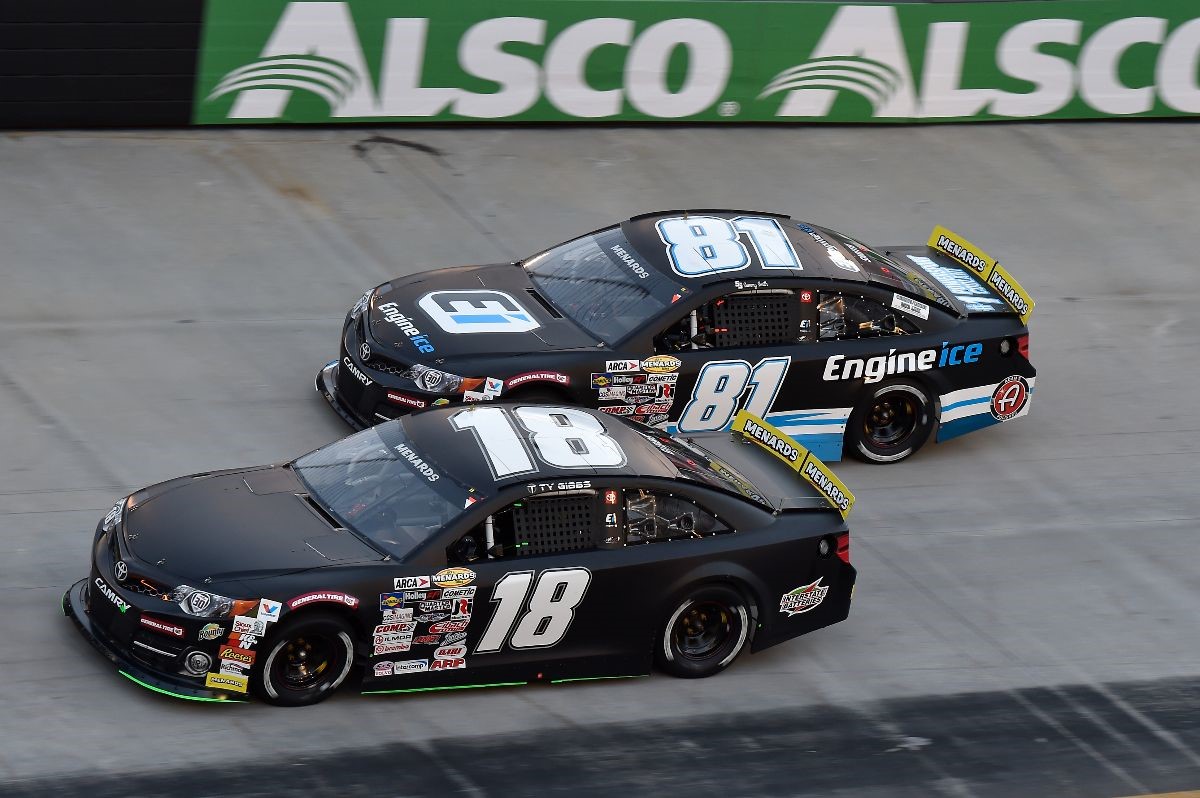 Thursday night at Bristol Motor Speedway couldn’t have gone any better for Joe Gibbs Racing in the ARCA Menards Series.

Young standouts Ty Gibbs and Sammy Smith dominated the action from start to finish at the Bush’s Beans 200, with Gibbs rolling to a decisive win and Smith following in second. The finish secured the 2021 ARCA Menards Series East championship for the 17-year-old Smith, while Gibbs picked up his 10th victory of the season while remarkably leading all 200 laps of the race at The Last Great Colosseum.

Gibbs’ dominance in his No. 18 Joe Gibbs Racing Toyota removed any late-race drama at Bristol Motor Speedway, but the rising star and his teammate left everyone with an outstanding memory to finish the night. Gibbs and Smith carried out an incredible double burnout on the front stretch at Bristol, smoking the tires and roaring the engines in each of their cars while their bumpers touched throughout.

“This is just awesome,” Gibbs said. “This really means a lot to have all my guys there, and to have my teammate, my close friend, to wrap up his championship. It’s just awesome and a great night for our organization.”

There was no out dueling him on Thursday in Bristol, as Gibbs qualified No. 1 with a standout lap of 14.859-seconds at 129.134 mph to win his ninth General Tire Pole Award of 2021. Despite a number of restarts during Thursday’s race, Gibbs was virtually untouchable in putting together an improbable run of leading all 200 laps at Bristol. He’s now led 1,438 laps this season, a simply mind-blowing number through 18 races.

Smith headed into Thursday’s race with a 24-point advantage over Daniel Dye, needing a finish of 19th or better to claim the championship. Smith easily did that and more, finishing a full three seconds ahead of third-place Taylor Gray. Dye, meanwhile, took 12th allowing Smith to cruise to the championship by 34 points, finishing off a terrific 2021 campaign.

“It’s a good day, one-two for Gibbs,” Smith said. “I can’t thank all the guys on the 18 team and the 81 team enough for getting us through these last couple races. I can’t thank them all enough.”

Smith put together a trio of wins this season, while his runner-up finish in Bristol to Gibbs marked his seventh top-five finish in eight East Series races this season. That was the best among series regulars by a large margin, as was his 396 laps led.

None of those laps led happened on Thursday, however, as the race completely belonged to Gibbs. 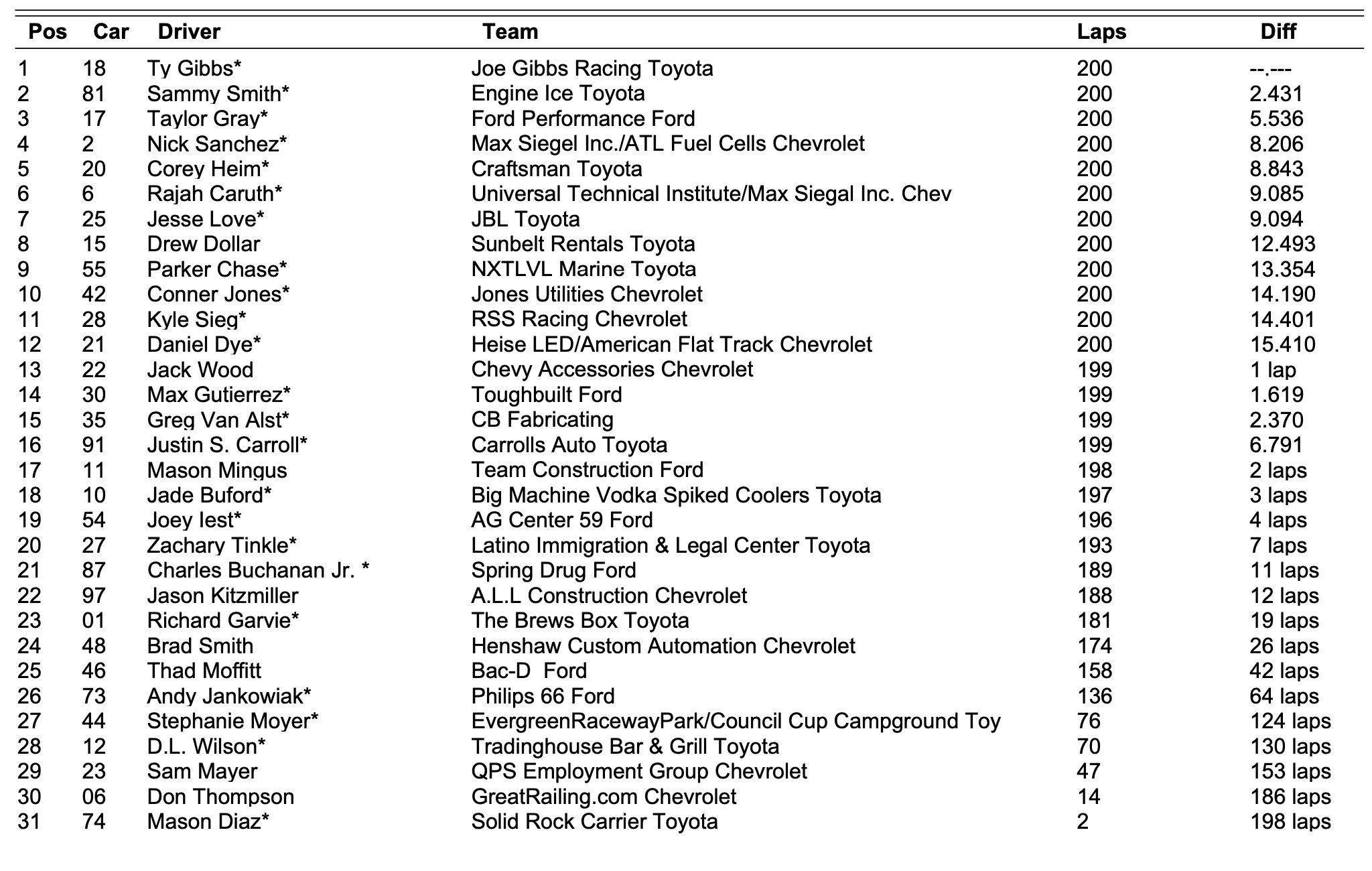