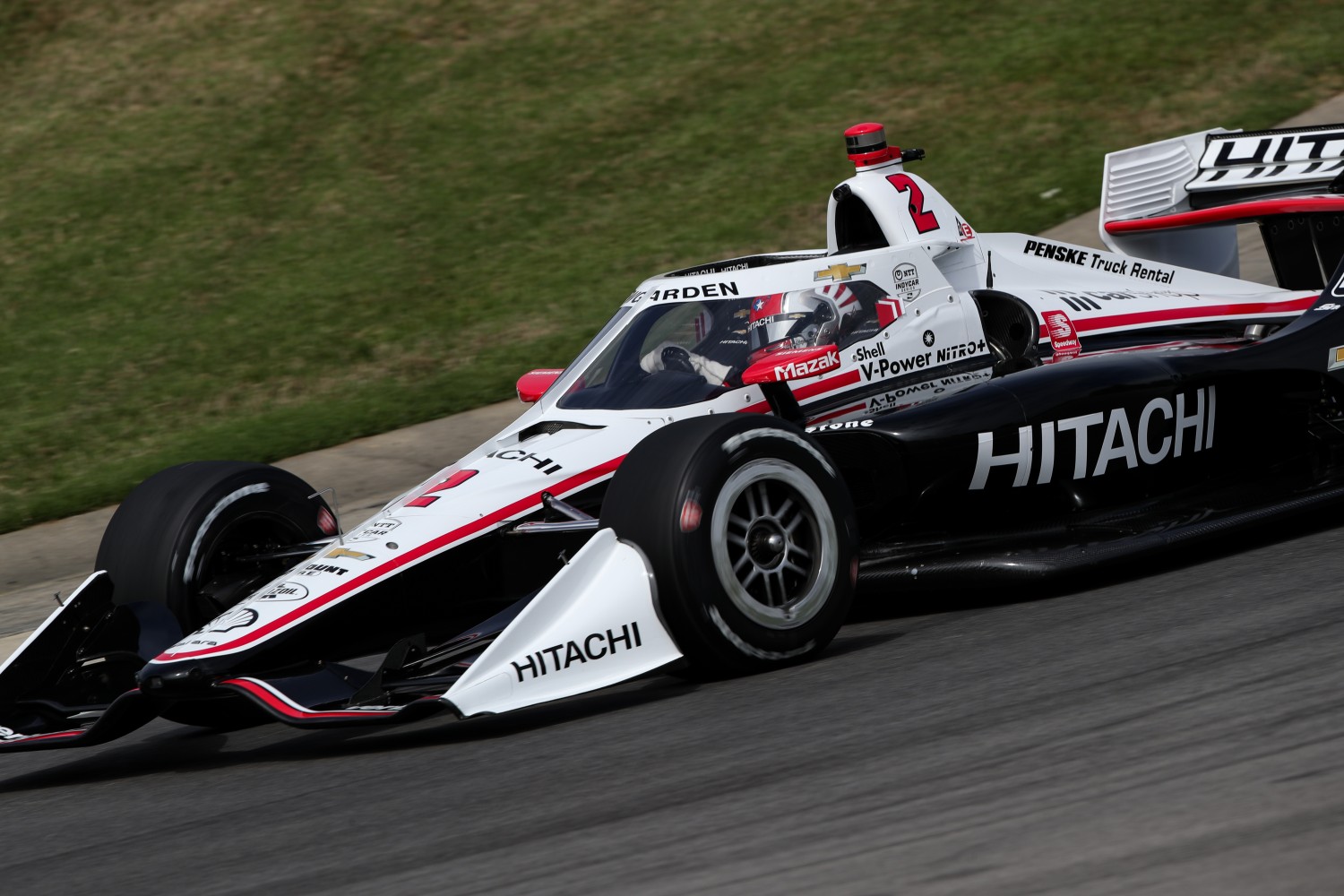 Josef Newgarden was the only Chevy powered car in the top-11 in Practice 1 for the Firestone GP of Laguna Seca, and he beat 10 other Honda-powered cars to lead the session.

Newgarden’s time of 1m11.7125s beat Colton Herta by just 0.0802s. Herta tried a fast lap late, but he was among the many drivers running out of talent and going off course trying to catch Newgarden.

Third in points, Newgarden is almost in a must-win situation this weekend, depending on where Palou finishes, and he was driving the pants off the #2 Penske Chevy, his hands going lock-to-lock,  to put his car on top.

“Overall, we unloaded pretty good,” Newgarden said. “Small differences here or there, but for the most part globally it felt like the car was in the window. Just got to look after it.

“Obviously, things can change quickly. In Portland, we were pretty sorted out in practice one, we choked in qualifying and were pretty far off the pace. That’s the number one thing for us in the 2 car, have a consistent run all the way through. If we can do that, we’ll be in the fight.”

Newgarden enters this penultimate event of the season third in the NTT INDYCAR SERIES standings, 34 points behind leader Palou. It’s far from impossible he can rally for a third career title, but he’ll need to leapfrog Palou and second-place Pato O’Ward – 25 points behind Palou – to wear the crown.

Colton Herta was second at 1:11.7927 in the No. 26 Gainbridge Honda before going off course just past the famous Corkscrew turn complex in the final minute of the 45-minute session on the 11-turn, 2.238-mile road course on the beautiful Monterey Peninsula of Northern California. 2019 Firestone Grand Prix of Monterey winner Herta made no contact and continued to the pits.

“I think it’s tough to do a 45-minute session on one set of tires,” Herta said. “Waiting for most of it, waiting to see what kind of lap times guys were doing.

“Compared to when we were at the test, I think the track was a lot better. It was quite nice. Even though it seemed like it was similar temperature, seemed to be a little bit more grip today.”

Among the other three drivers mathematically eligible to win the Astor Challenge Cup as season champion, Marcus Ericsson (fifth, 75 points behind) was 10th at 1:12.3564 in the No. 8 Huski Chocolate Chip Ganassi Racing Honda.

Herta wasn’t the only driver to go off track while pushing for lap time toward the end of the session.

Four-time Indianapolis 500 winner Helio Castroneves nudged the tire barrier in Turn 2, also known as the Andretti Hairpin, with the nose of his No. 06 Meyer Shank Racing Honda with about 18 minutes remaining. Then Rossi went off in Turn 3 and continued, while Sebastien Bourdais spun and continued in the No. 14 ROKiT/AJ Foyt Racing Chevrolet.