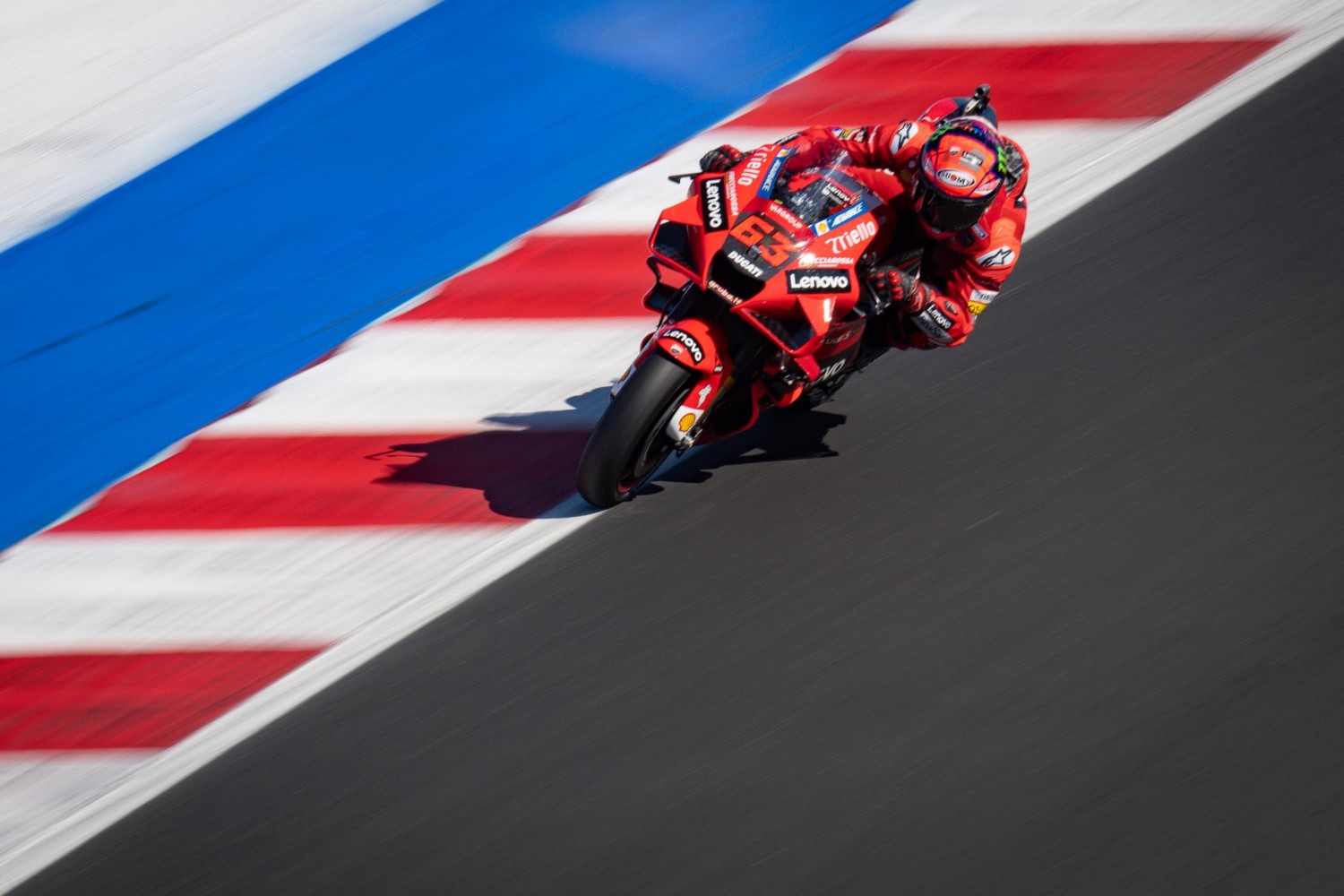 Francesco Bagnaia will head into Saturday’s qualifying as the premier class’ fastest rider, with the Ducati man’s 1:31.936 giving him 0.039s to spare over Fabio Quartararo (Monster Energy Yamaha MotoGP) as the two look set to duel it out at the Octo Grand Prix of San Marino. Jack Miller (Ducati Lenovo Team) will also want to be part of that conversation, and the Aussie sits third on the timesheets.

As usual, the once great Marc Marquez crashed again.  He has not been the same rider since his serious arm injury, and may never be the same again.

Alex Rins (Team Suzuki Ecstar) ensured both GSX-RR’s will be in Q2 while Johann Zarco left it late to make his move, but in the end,  it was good enough for P7. He’ll be joined by Pramac Racing teammates Jorge Martin and Michele Pirro, who finished just behind Pol Espargaro (Repsol Honda Team).

There are some big names who will scrap it out in Q1, with Aleix Espargaro (Aprilia Racing Team Gresini) having his best time cancelled for exceeding track limits. He and Marquez will be joined by some other big hitters like Red Bull KTM’s Brad Binder and Miguel Oliveira, as well as the returning Franco Morbidelli (Monster Energy Yamaha MotoGP).