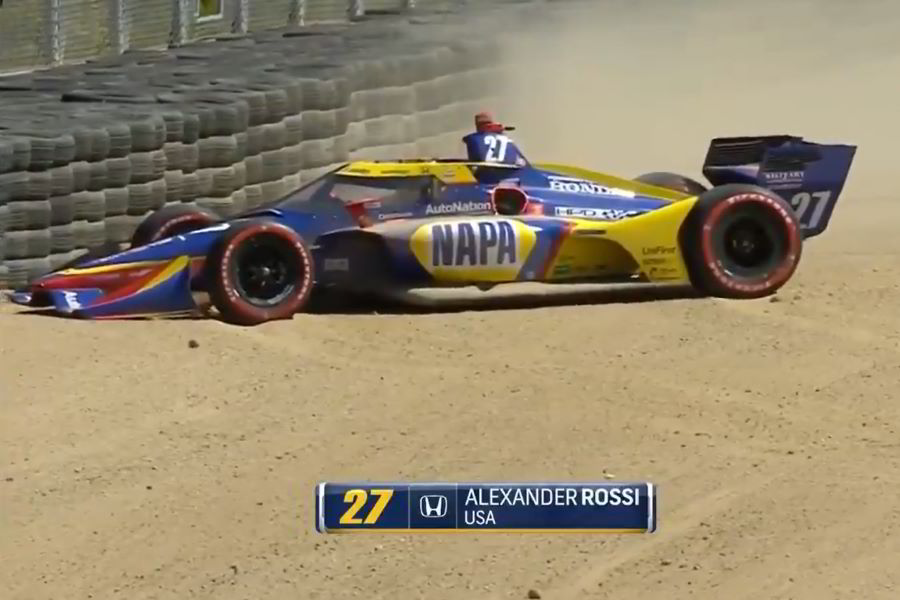 His teammate Colton Herta was puling away in the opening two laps of the IndyCar race at Laguna Seca, but then put a wheel off in Turn 4 on lap 2 and slowed momentarily. His teammate Alexander Rossi, beaten by Herta all weekend, saw his only chance of getting by his faster teammate and tried to make the pass. However, he runs out of talent, loses control of his #27 NAPA Honda and goes spinning off into the dirt.

A battle between teammates leaves @AlexanderRossi off-track at the exit of Turn 5.

Rossi has been restarted and is back on track.
#INDYCAR // #FirestoneGP pic.twitter.com/pJjacjP5IV