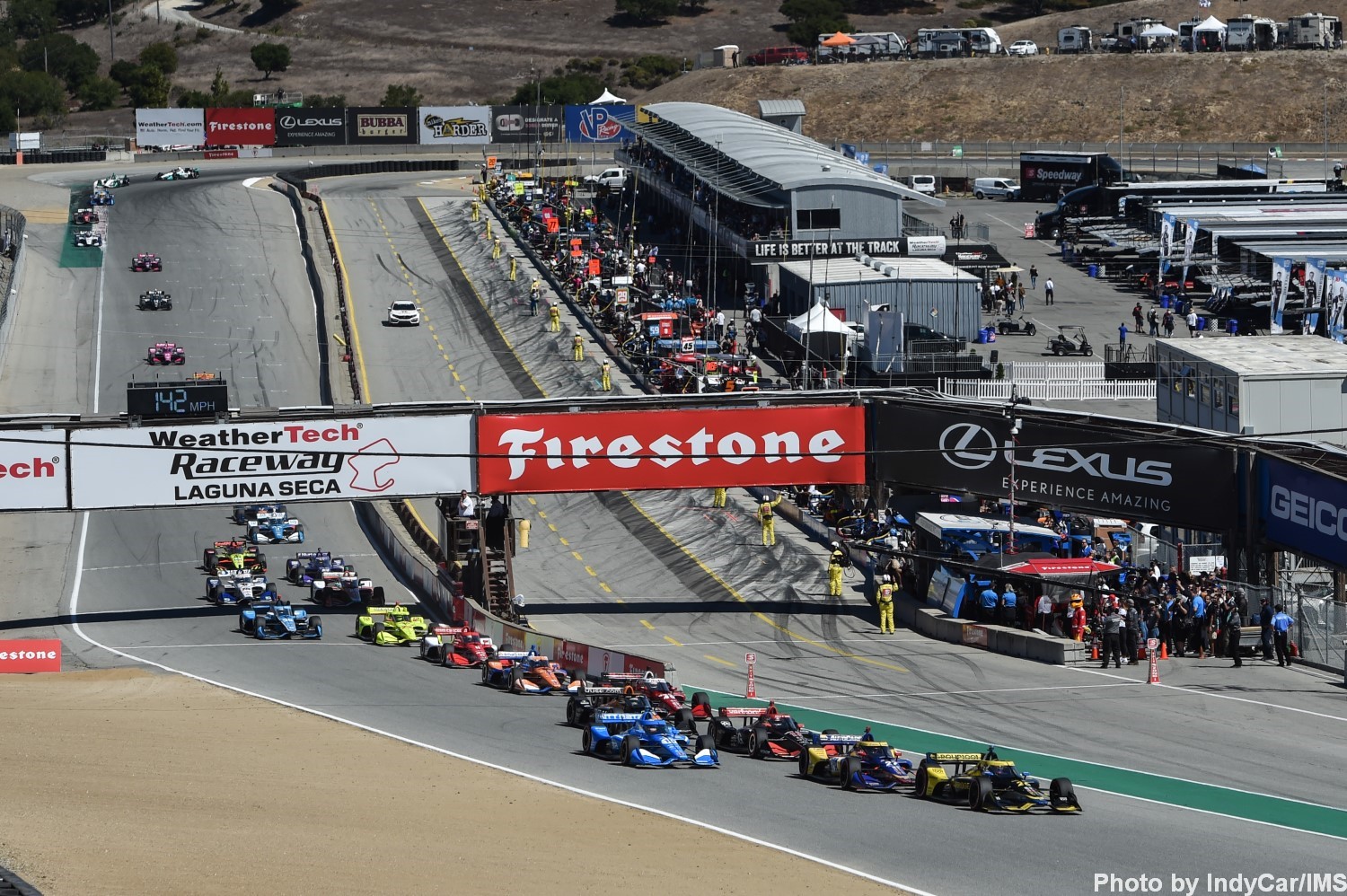 The NTT INDYCAR SERIES confirmed its return to the coastal destination of Monterey County and WeatherTech Raceway Laguna Seca on Sept. 19. The announcement of a multiyear agreement came just minutes before teams revved up for the Firestone Grand Prix of Monterey that was shown live on the NBC network at noon PT.

“The Monterey community and businesses have always held the INDYCAR SERIES in the highest regard,” said John Narigi, president and general manager of WeatherTech Raceway Laguna Seca. “Our track has seen such memorable moments as Alex Zanardi’s “The Pass,” Bobby Rahal’s unprecedented four consecutive race wins, which led to the naming of the “Rahal Straight,” and Mario Andretti’s final race as part of his Arrivederci tour and the naming of the Andretti Hairpin. We look forward to more memories being made in the coming years.”

“We were proud to return historic WeatherTech Raceway Laguna Seca to the NTT INDYCAR SERIES in 2019 and it is gratifying to know their great event will continue to be a part of the schedule for years to come,” said Penske Entertainment Corp President and CEO Mark Miles. “The action-packed layout and world-famous corners have proven to be a spectacular showcase for North America’s premier open-wheel series.

“It remains an important addition to our calendar and a picturesque backdrop to the championship. INDYCAR is pleased to continue our partnership and looks forward to many more opportunities to spotlight the audacious athletes that make up the NTT INDYCAR SERIES.”