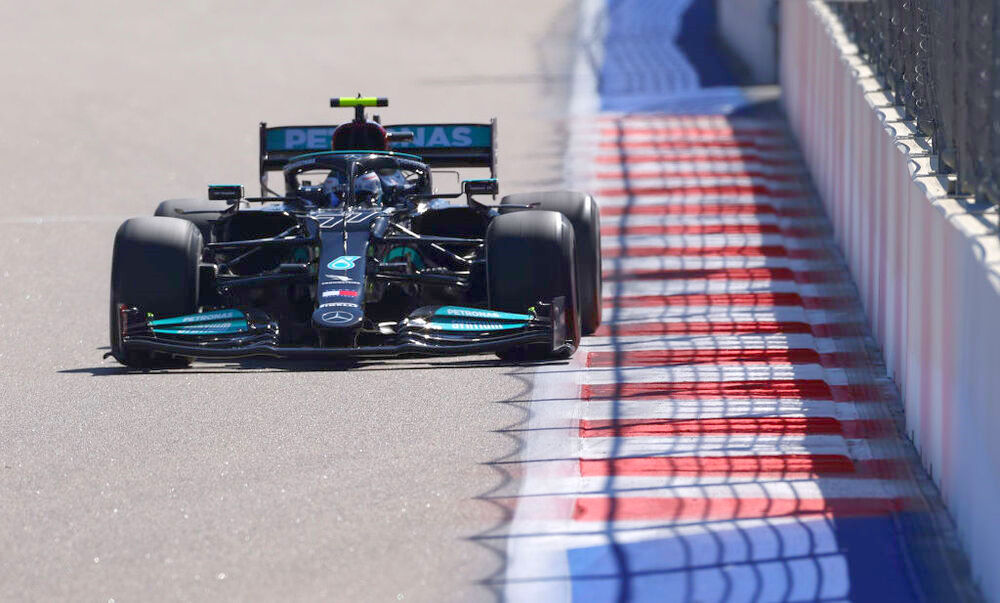 Valtteri Bottas turned a lap of 1m34.427s on soft red Pirelli tires to lead opening practice for the Russian GP at Sochi by 0.211s over his Mercedes F1 teammate Lewis Hamilton.

For reference, Bottas was fastest in FP1 last year as well with a time of 1m34.923s. Mercedes have never lost a race here since this circuit joined the calendar in 2014

Third quick was Red Bull Honda’s Verstappen (+0.227s back) who completed the least laps of anyone at just 13 – but could be avoiding putting miles on his engine, as it is still up for debate whether he will need to take a new PU this year.

Charles Leclerc was 4th quick for Ferrari running a new 2022 more powerful engine, 0.690s behind Bottas. But Leclerc will start last because of the new engine, and Verstappen has a three-place grid drop earned for his part in the crash at Monza last time out.

Sebastian Vettel was a surprise 5th quick for Aston Martin, but a massive 1.354s behind Bottas.

The only incident was Lando Norris who did a half spin in the McLaren on his way back to the pits after the session was over.

For reference, Nikita Mazepin was again faster than Mich Schumacher in the out-to-lunch American Haas cars