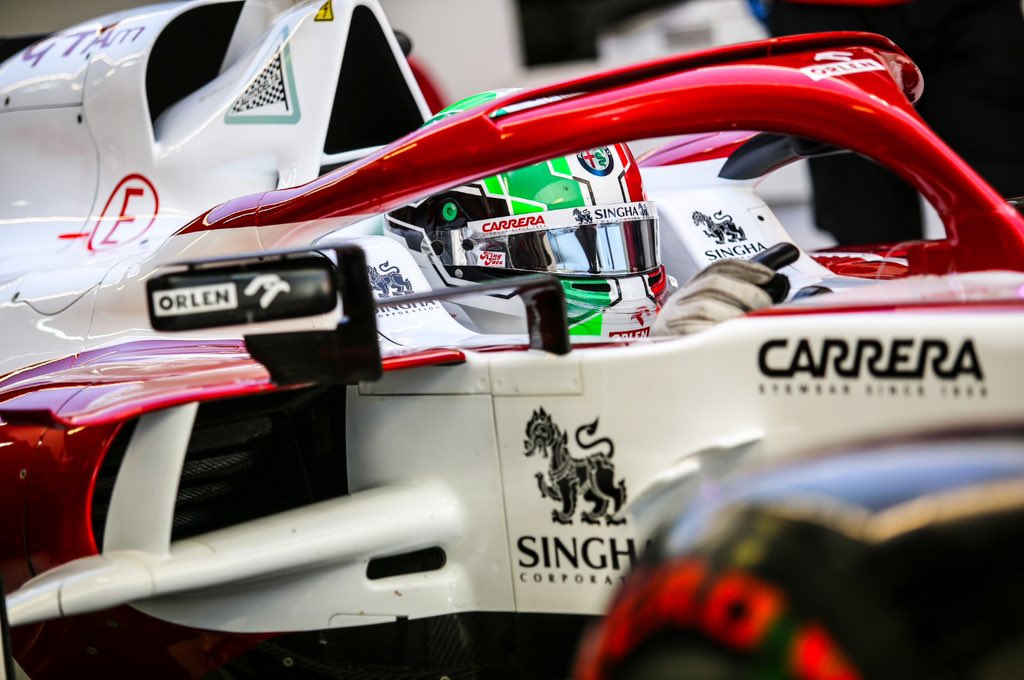 (GMM) Antonio Giovinazzi says he is still not sure if he will be racing an Alfa Romeo in 2022.

The Swiss-based team, headed by Frederic Vasseur, is currently weighing up the identity of Valtteri Bottas’ teammate for next year – with the well-funded Chinese F2 front-runner Guanyu Zhou in pole position.

Vasseur says the final decision will be made in October, once the outcome of the Formula 2 championship is known.

“I don’t know when the decision about the contract will be made,” Ferrari-backed Giovinazzi, who made his full F1 debut for the team in 2019, said at Sochi.

“This is not a question for me, but for Frederic Vasseur. I have no choice but to try to perform as confidently as in the previous two races, and, if possible, earn points.

“Hopefully, that will be enough.”

It has been reported that certain Italian authorities are looking to join Ferrari in getting behind the 27-year-old’s push to keep racing in F1.

“Someone is saying that apparently, but I have no news. I haven’t personally negotiated with anyone about this,” Giovinazzi insists.

If he does lose his seat, the Italian admits he will have to look into “options” to extend his motor racing career elsewhere.

“All my efforts at the moment are on staying in Formula 1,” said Giovinazzi.

“If it doesn’t work out, I will think about other options, but that will be next year.”

Alfa Romeo Racing ORLEN will soar high in the skies as it announces a partnership with Switzerland’s leading leisure travel airline Edelweiss. The carrier will acquire the designation of Official Airline Partner of Alfa Romeo Racing ORLEN and will support the team as it flies to race destinations around Europe and the World.

Based at Zurich Airport, Edelweiss is Switzerland’s leading leisure carrier, currently flying to 82 destinations in 38 countries around the world, including destinations in the Caribbean, Europe, Africa, Asia and The Americas.  The company prides itself on offering Swiss premium quality, living by and applying globally appreciated Swiss values: they cater to the individual needs of passengers with their distinct inflight-service in economy and business class, provided with the warmth and hospitality that Edelweiss is known for. Edelweiss is the sister carrier of SWISS International Air Lines and an affiliate of the Lufthansa Group.

Patrick Heymann, CCO Edelweiss: “Edelweiss is as unique in Switzerland as the Alfa Romeo Racing ORLEN team. We proudly carry Swiss values like quality, reliability and precision all over the world. And we are honored to be asked to fly Team Alfa Romeo Racing ORLEN to the most diverse race destinations in the world in the future. We will do our utmost to ensure that the team arrives relaxed at each destination so that they can deliver top performances at the racetrack. I am delighted about this exciting partnership, which connects modern Switzerland with the world.”

Frédéric Vasseur, Team Principal Alfa Romeo Racing ORLEN: “Alfa Romeo Racing ORLEN is a global brand, racing in more than 20 destinations around the world: we need a reliable, high-quality partner to move our personnel to and from each race and Edelweiss is the perfect choice for our team. They embody the same Swiss values that drive us: their attention to detail, their impeccable quality standards and the care they put into making each one of us feel like a VIP guest ensure we reach the venues ready to give our best and fully focus on our job. We are proud to have them as members of the Alfa Romeo Racing ORLEN family.”