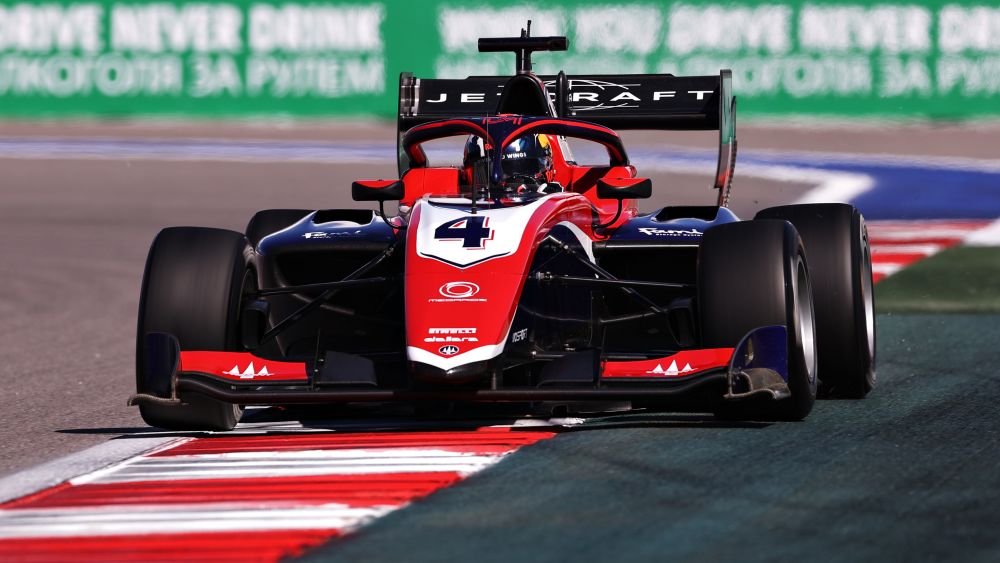 Jack Doohan kept his title hopes alive by taking pole, and the four points that come with it, in Qualifying to set up a thrilling finale in Sochi, with Championship leader Dennis Hauger struggling down in ninth.

Doohan took his second pole of the season ahead of Trident teammate, Clément Novalak. The Frenchman settled for a place on the front row ahead of Johnathan Hoggard, both of them claiming their best Qualifying results to date.

Meanwhile, news broke during the session that Race 1 had been brought forward to Friday, with the opener set to begin at 5.25pm (local time), instead of on Saturday morning.

The field fed out onto a much-evolved Sochi tarmac for Qualifying, with Formula 1 and Formula 2 both using the circuit for practice sessions in the hours before, while track temperature had also more than doubled to 33 degrees.

Trailing Hauger in the Drivers’ standings by 43 points with three races to go, Doohan was desperate for pole and ensured he had the optimum track position by shooting out of the traps first.

However, his efforts were in vain as Jonny Edgar lost control of his Carlin Buzz Racing machine at Turn 14 and got it stuck in the wall, resulting in a Red Flag.

There was a rare wide moment from Hauger when action resumed, with the PREMA Racing driver struggling to warm up his rubber. That was good news for Doohan, who had leapt to provisional pole with a lap of 1:54.927.

After a quick pitstop for fresh Pirellis, Doohan returned to strengthen his position at the top of the timesheet, beating Novalak and Frederik Vesti with an improved tour of 1:54.514.

Hoggard then slid ahead of Vesti and into third for what would be his highest ever starting position, as everyone set off for one final tour of the Sochi Autodrom.

There were very few improvements in the dying stages, but the pecking order was updated after the checkered flag. That put Doohan back at the top, with the Australian confirmed on pole after the session. Novalak was second, ahead of Hoggard and Vesti. Juan Manuel Correa notched his best Qualifying result to date, with P5, ahead of Lorenzo Colombo and home hero Alex Smolyar.

Free Practice pacesetter Caio Collet was eighth, ahead of Hauger, who managed to claw his way into the top 10 in the latter stages. Jak Crawford was 10th, ahead of Logan Sargeant and Victor Martins.