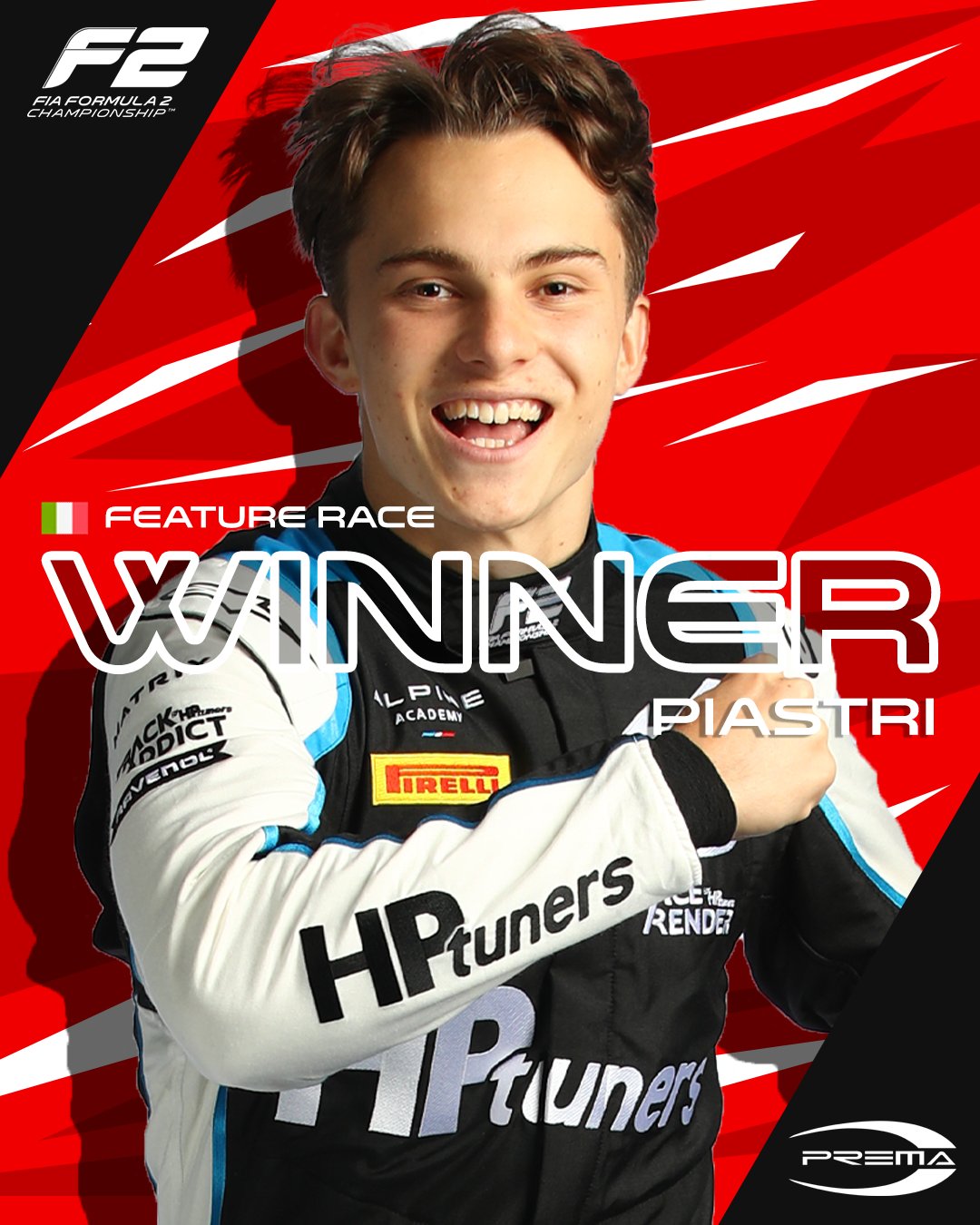 (GMM) Oscar Piastri has effectively counted himself out of the running for Formula 1’s last official vacancy on the 2022 grid.

Earlier, the Mark Webber-managed Australian, who is leading the Formula 2 standings from fellow candidate Guanyu Zhou, was named as a frontrunner to potentially replace Antonio Giovinazzi at Alfa Romeo next year.

But the 20-year-old now admits his chances of being in F1 next year are “very slim”.

“Basically they (his chances) do not exist,” international media reports quote Piastri as saying.

“I know that Zhou is linked with the cockpit at Alfa Romeo, and Antonio Giovinazzi is also hopeful. So I don’t think that I’m in the race for that, and it’s the last free seat for next year.”

Piastri therefore thinks a move from Formula 2 to a reserve driver place at Alpine – where he is a driver academy member – is much more likely for 2022.

“That would be the most realistic goal, because I am closely associated with the team and I appreciate their support, which is reciprocated,” he said.

“So it makes sense to be a reserve driver there and then try to find a place for 2023.”

Oscar Piastri does not believe he is still in contention to drive for Alfa Romeo in 2022, so instead is focusing on an Alpine reserve role.

The current Formula 2 Championship leader and Alpine junior is one of several drivers being linked to Alfa Romeo next season, with Antonio Giovinazzi’s seat the final which is potentially up for grabs.

Piastri was recently brought back into the conversation, with talk of Guanyu Zhou to Alfa Romeo being a done deal somewhat diminishing, while IndyCar’s Colton Herta has also emerged as a contender thanks to Michael Andretti’s links to buying a controlling stake in the Alfa Romeo outfit.

Piastri though reaffirmed that he does not see himself as a contender despite the recent developments.

“My chances of being in F1 next year are extremely low, I think basically none,” he said in an interview with JAM Sports Management, posted on his own website.

“I know [Guanyu] Zhou has been very heavily linked to that seat, and also [Antionio] Giovinazzi is there at the moment.

“Because at the end of the day, I am still very heavily linked with them and very appreciative of their support, and I think that is reciprocated.

“So I think the most logical step is to try to become a reserve driver for next year and see what kind of program we can come up with for next year, and hopefully do some testing and FP1 sessions.

Piastri has no intention to step down to IndyCar and would rather sit out a year, so this rumor is downgraded to ‘false.’

“Realistically, the most logical pathway is to try and be reserve driver for Alpine for next year and put in a lot of hours in the sim and really working with the team to try and get a 2023 seat,” said Piastri.

“I’d be okay with spending one year on the sidelines, I think. Obviously, it’s still not ideal, but it’s happened to quite a lot of drivers out there.

“That one I can accept, but if it was looking like more than one year out, then there’d some serious discussions about what I do moving forward.

“The aim would definitely be to try and be reserve driver at Alpine and then target a 2023 season. Given how the cards have been played this year, I think that’s the most realistic target now.”

Should Piastri win this year’s Formula 2 title, he will follow in the footsteps of Charles Leclerc and George Russell, who both won the two junior titles in back-to-back seasons.

Piastri has taken three wins and a further four podiums.

“I think I caught myself out with how well it’s gone, to be honest,” said Piastri.

“Naturally if it caught myself out, and I know more or less what I can do, then I think that’s naturally going to catch out a few other people as well.

“Not trying to sound arrogant, but there’s very few drivers that have managed to do what I’ve done and what I’m doing.

“George and Charles are kind of the only two that have had a similar fate. So without blowing my own horn, it’s not a very common situation.”

Italian Oscar Piastri from Australia has won the title in several series on the way up the ladder to F1, and he appears set to with this year’s F2 title as well.

The 20-year-old from Melbourne started out in karting in 2011, before making the switch to F4 UAE Championship in 2016. He moved to British F4 in 2017 with Arden, finished second in the championship with six wins and 15 podiums from seven pole positions – more than any other driver.

Next came Formula Renault Eurocup, where he took three podiums in his first year, before edging Victor Martins to the title at his second attempt in 2019.

After snatching last year’s F3 title from Theo Pourchaire by just three points, Piastri had hoped to be similarly competitive in F2, and he finds himself leading the championship.

If he wins the F2 title – it would make him ineligible for a second season in F2.

So the very real possibility exists that Piastri could be forced to tend to the weeds in his garden in 2022.

Other options include a reserve driver for an F1 team, or a simulator driver – i.e. video gamer for a team. But he really wants to race.

If he wants to race top-level single-seaters in 2022, he may be forced to leave Europe and try to find a ride with an IndyCar team and then try for F1 in 2023.

“Not trying to sound arrogant, but there’s very few drivers that have managed to do what I’ve done and what I’m doing. You know, George and Charles are kind of the only two that have had a similar fate. So without blowing my own horn, it’s not a very common situation.”

“There’s still a fair way to go in this championship,” he points out. “Obviously, I’m confident that I can win the championship and we definitely can. But I think the comparisons to Charles are only good – he’s obviously doing pretty remarkable things in F1 at the moment, so it’s definitely not a bad thing.

“I’m definitely not shying away from those comparisons, it only paints me in a good light. That’s only positive for me, and the more I gets mentioned, I kind of hope if I do win the championship this year, then hopefully, people understand how rare that achievement would be.”

“That Alfa seat is obviously still available, but I’m not particularly getting my hopes up,” he says. “So it’s more going out and still just trying to win, which I wanted to do for the whole year anyway. But I really want to make sure now that I give nobody any excuse as to why I should be overlooked.

“I have to manage that and make sure it doesn’t become over the top and take over. But the main aim of this year is still to win the championship and give people no excuses as to my ability and how I am as a driver.”

“I’d be okay with spending one year on the sidelines I think,” he says. “Obviously, it’s still not ideal, but it’s happened to quite a lot of drivers out there. So that one I can accept, but if it was looking like more than one year out, then there’d some serious discussions about what I do moving forward.

“The aim would definitely be to try and be reserve driver at Alpine and then target a 2023 season. Given how the cards have been played this year, I think that’s the most realistic target now.”