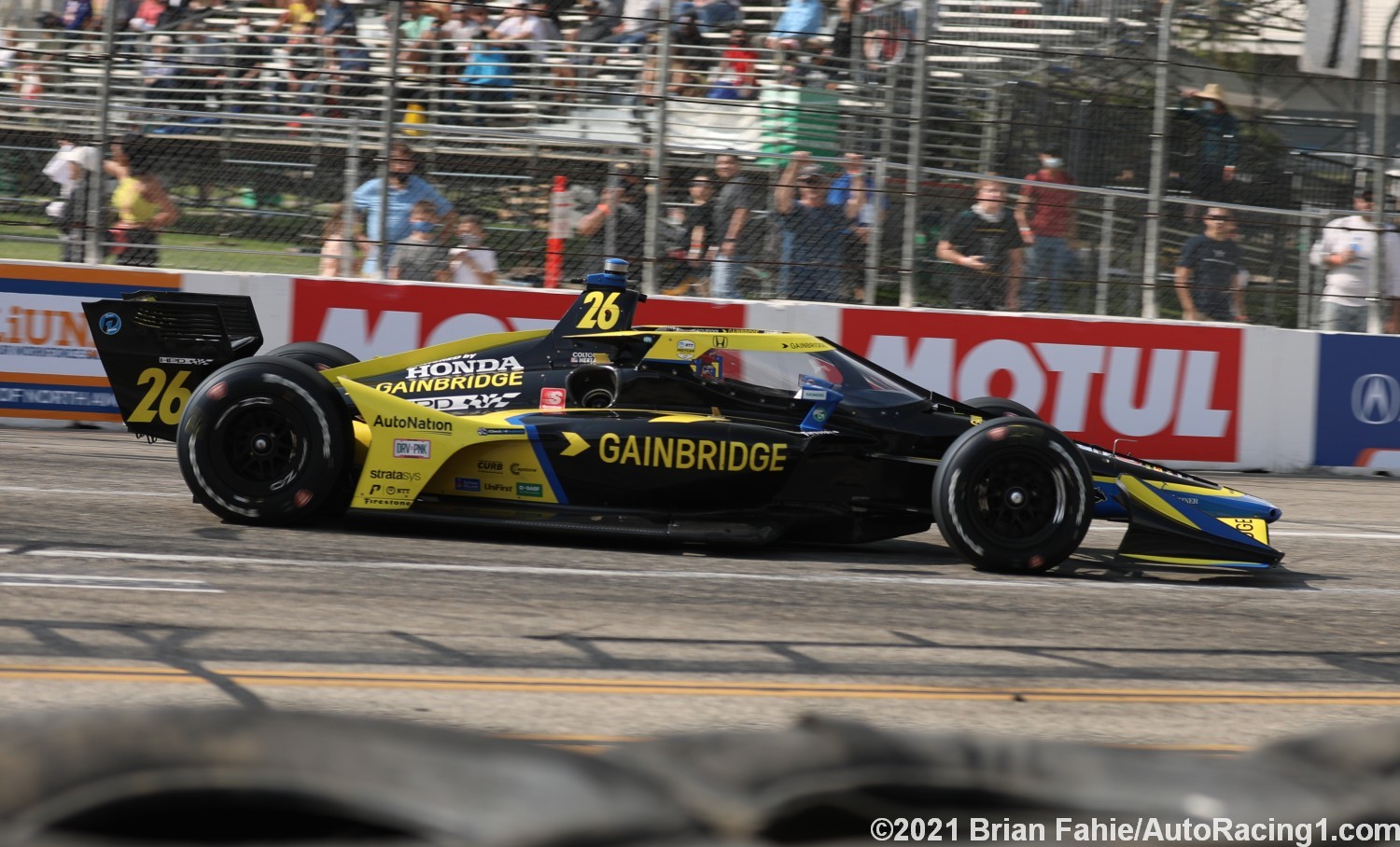 “It was a good session,” Palou said. “I like the track. It was all about getting to know the track and see how that No. 10 NTT DATA car was handling. I’m comfortable and ready to push tomorrow.”

Felix Rosenqvist and Ryan Hunter-Reay, both driving like there’s no tomorrow,  to land a ride in 2022, rounded out the top-5.

While Rosenqvist found speed, his championship-contending teammate Pato O’Ward struggled in practice. O’Ward is second in the championship standings, 35 points behind Palou. But he ended up 16th in the 28-car field at 1:10.2451 in the No. 5 Arrow McLaren SP Chevrolet.

“We need to work,” an agitated O’Ward said after the session. “We just need to sort something out, find time.”

The third title contender, two-time series champion Josef Newgarden, was 10th at 1:09.8557 in the No. 2 Hitachi Team Penske Chevrolet. Newgarden spun early in the session after losing traction while running over a bump entering Turn 9, but he continued without damage to his car.

Newgarden is 48 points behind Palou in third and must win the NTT P1 Award, race and lead the most laps while Palou finishes 25th or worse to have a chance to pull off an improbable title charge.