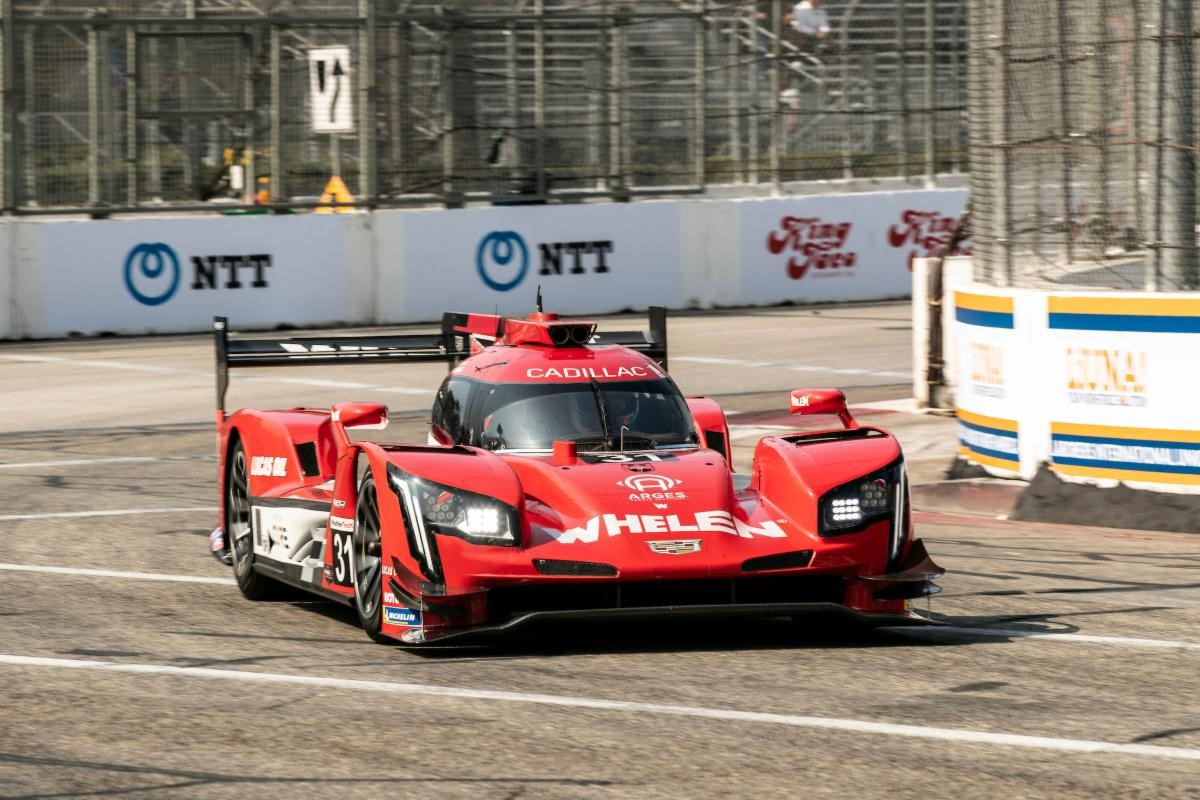 Felipe Nasr had the wheel of the No. 31 Whelen Engineering Cadillac DPi-V.R for the 15-minute qualifying session on the beachfront circuit. The team showed speed in the previous two practice sessions on the day being fastest in each with Nasr posting the fastest lap. The Action Express Racing team is looking for their third Long Beach win in as many races tomorrow. Nasr and teammate Derani are just 98 points out of the championship lead going into race.

“It is always great to get another pole,” Nasr said. “Especially here around the streets of Long Beach. It is a very close field. We have all the Cadillac cars in the top three. It has been a very close competition in DPi all day in practice. We got the job done today. We came here with the mindset of maximizing the points. We did that today and that is a big part of the plan. We have a great Whelen Engineering Cadillac in our hands to fight for the win tomorrow. We have to make some points. We need to execute in the race and get the most of the out of the car tomorrow. The team and Pipo have put us in a good position to fight for the win.”

Kevin Magnussen qualified the No. 01 V-Performance Academy Cadillac DPi-V.R. He was able to post his fastest lap just before the red flag stopped the session with a time of 1:11.724. The Dane will hand over to teammate Renger van der Zande tomorrow in the 100-minute race.

“I think P2 is pretty good for tomorrow,” Magnussen said. “Of course, you always want pole position, but we didn’t get that today. I think we have a fast V-Performance Academy Cadillac. There’s a race tomorrow and that is where the trophies are.”

The No. 5 Mustang Sampling Cadillac DPi-V.R was qualified by Loic Duval. The French duo of Duval and Tristan Vautier showed speed all day running in the top three in practice. Duval put in a time of 1:11.827 that will have him starting third right behind the pole sitter.

“We saw it coming,” Duval said. “The Cadillac is strong here. We saw in free practice two that we were fighting with the other the guys for fast lap. It is nice to be P3. We had a hard time in the last few races, so it is good for the team to be fast here. I am a competitor. It’s a shame that I couldn’t go for the pole it was close. It is still a positive effort by the team. I am confident for the race tomorrow that we can make the podium and maybe get by some guys. It will be a strategic race, so let’s see what we can do tomorrow.”

Dane Cameron led the way for Acura today in qualifying for Saturday’s IMSA Acura Grand Prix of Long Beach, and will start his Meyer Shank Racing ARX-05 prototype from the outside of the second row, fourth.  His co-driver in tomorrow’s 100-minute WeatherTech SportsCar Championship race will again be Olivier Pla.

Taylor and teammate Antonio Garcia enter Saturday leading the GTLM Drivers Championship on the strength of four wins and six pole positions this year. The No. 3 Corvette C8.R duo also won five races in 2020 en route to the class title.

Taylor was 0.297 seconds clear of teammate Tommy Milner in the No. 4 Mobil 1/SiriusXM Chevrolet Corvette C8.R. He and Nick Tandy were winners in the most recent GTLM race at WeatherTech Raceway Laguna Seca two weeks ago.

The No. 79 WeatherTech Racing Porsche 911 RSR-19 of Cooper MacNeil will start third in class, having qualified amid the GT Daytona class pack.

JORDAN TAYLOR, NO. 3 MOBIL 1/SiriusXM CHEVROLET CORVETTE C8.R – GTLM POLE-WINNER: “Track position obviously is crucial here. It’s nice to for us to be on pole and have another 1-2 for Corvette Racing. It’s the first time we’ve brought the C8.R here. It suited the track really well. We rolled off the truck strong, so preparation-wise the guys did a good job. Looking ahead to tomorrow, it’s always a one-stop race so it’s all about execution in that one stop and maintaining track position. You always put an emphasis on qualifying to try to get the pole and get a good run into Turn One. Hopefully we can control the race from there and make a good call on when to make that stop. It seems like we had a couple of yellows throughout the practices so we might be able to count on one of those at some point. Obviously I couldn’t be happier to get another pole this year.”

SECRET TO QUALIFYING? “I think we just made good decisions. Setup-wise, we’ve had a different setup for qualifying than the race. We put a big emphasis on that knowing where the car needs to go in the race. We spent Practice Two adjusting for race conditions and had in the back of our mind what we wanted to do in order to extract the most laptime when the tires are fresh. We did a long run at the end of Practice Two, and we’re pretty happy with things.”

Madison Snow claimed the pole in the GTD class while the No. 9 Pfaff Motorsports Porsche 911 GT3 R of Laurens Vanthoor set the pace in the second stage of qualifying.