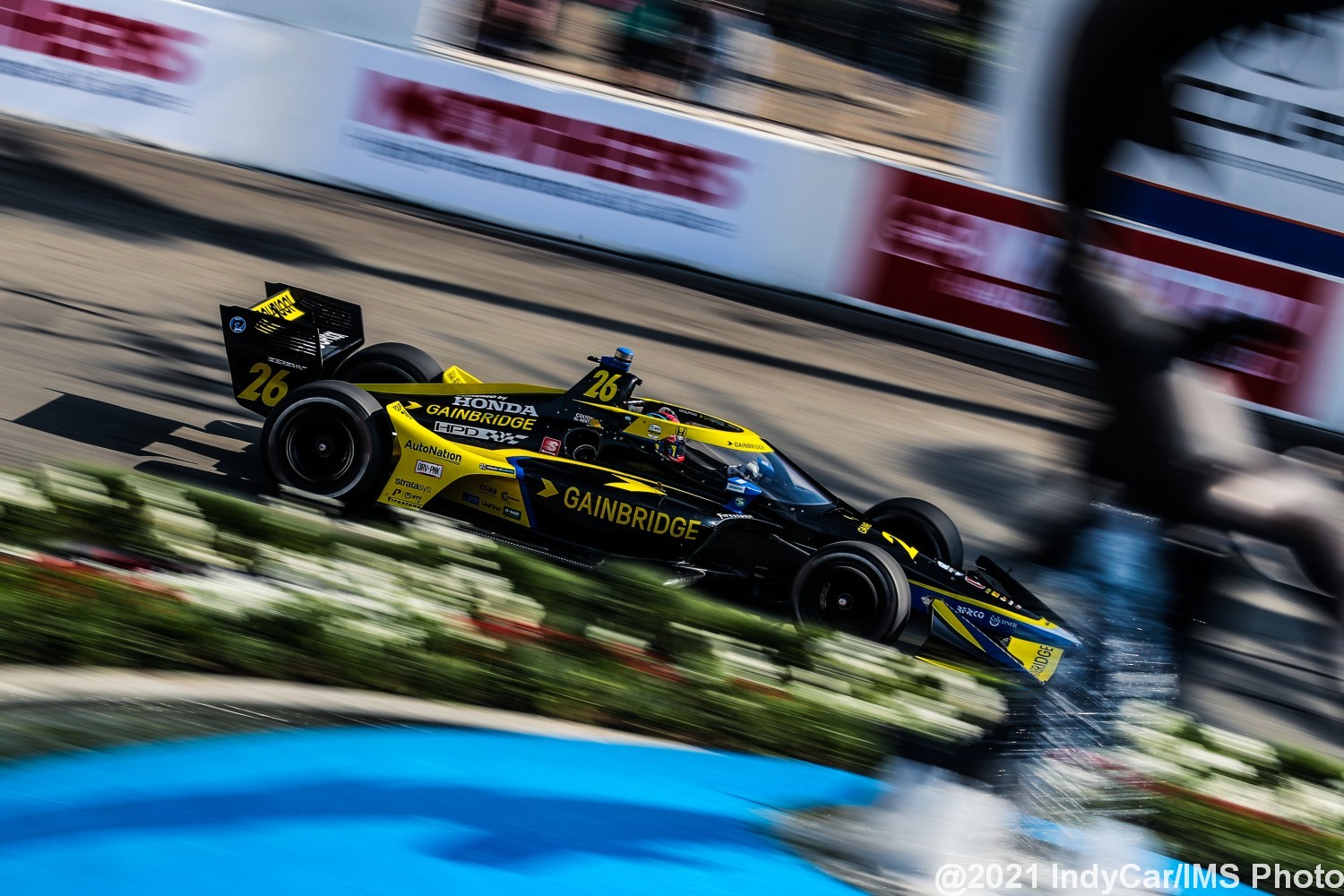 With IndyCar drivers brushing the wall and damaging their suspension all around the track, Colton Herta kept it between the concrete walls again put up the fastest lap in the 2nd practice session for the Acura GP of Long Beach IndyCar race.

The session ended three minutes early robbing many drivers of their fastest lap, when Scott Dixon stuffed his #9 PNC Bank Ganassi Honda into the tire barriers.

Herta’s Andretti Honda teammate James Hinchcliffe  was third quick with a lap that was 0.2467s behind Herta.

The Penske Chevrolets of Josef Newgarden, Simon Pagenaud and Scott McLaughlin rounded out the top-6.

So, it appears pole position will be a battle between the Andretti and Penske teams starting at 3:00pm Eastern Time.