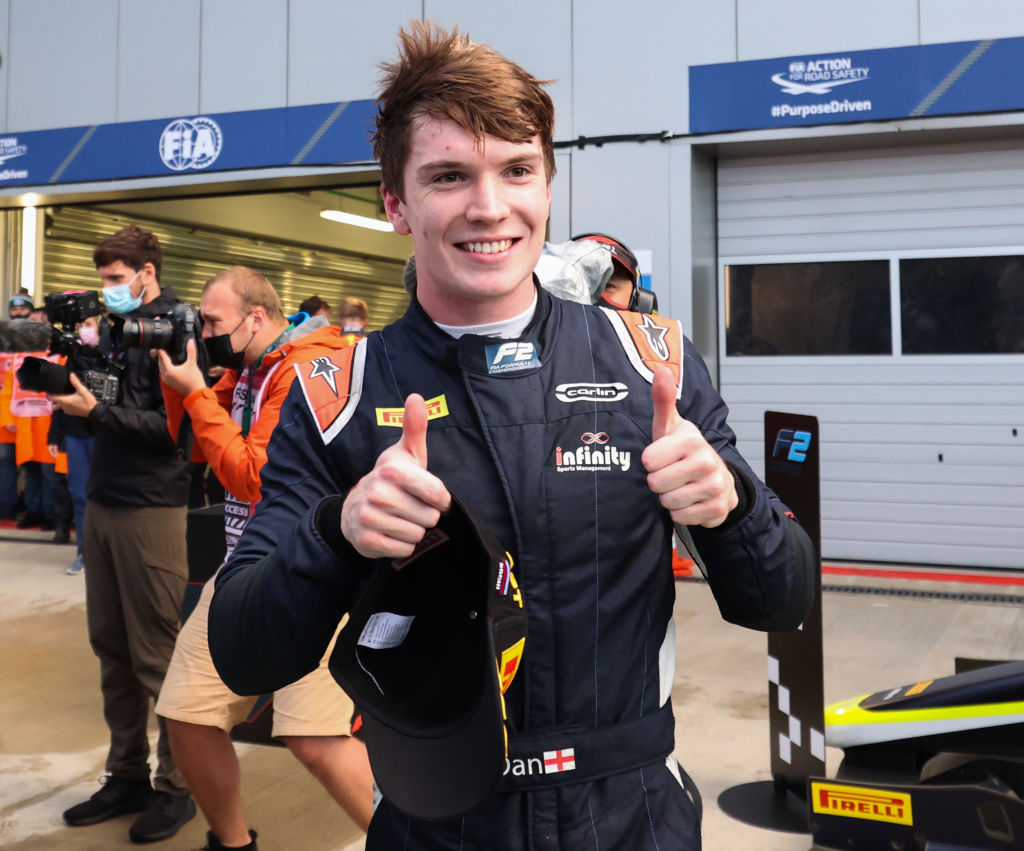 Carlin’s Dan Ticktum converted reverse grid pole to victory at the Sochi Autodrom on Saturday, dominating the delayed Sprint Race 1 in Russia. The race was postponed from Saturday morning to late afternoon, as treacherous conditions forced a deferred start time.

Jüri Vips was second on the road and bagged his fifth podium of the 2021 campaign, while Robert Shwartzman enjoyed a strong home race, taking the final podium position on offer in third place.

Ticktum was placed under pressure early in the race by Hitech Grand Prix’s Vips, however the Estonian driver couldn’t make the pass, not risking a move onto the wet surface that existed off the dry racing line.

From there, the Carlin driver pulled out a gap and stayed ahead of the pack to secure his second race win of the season.