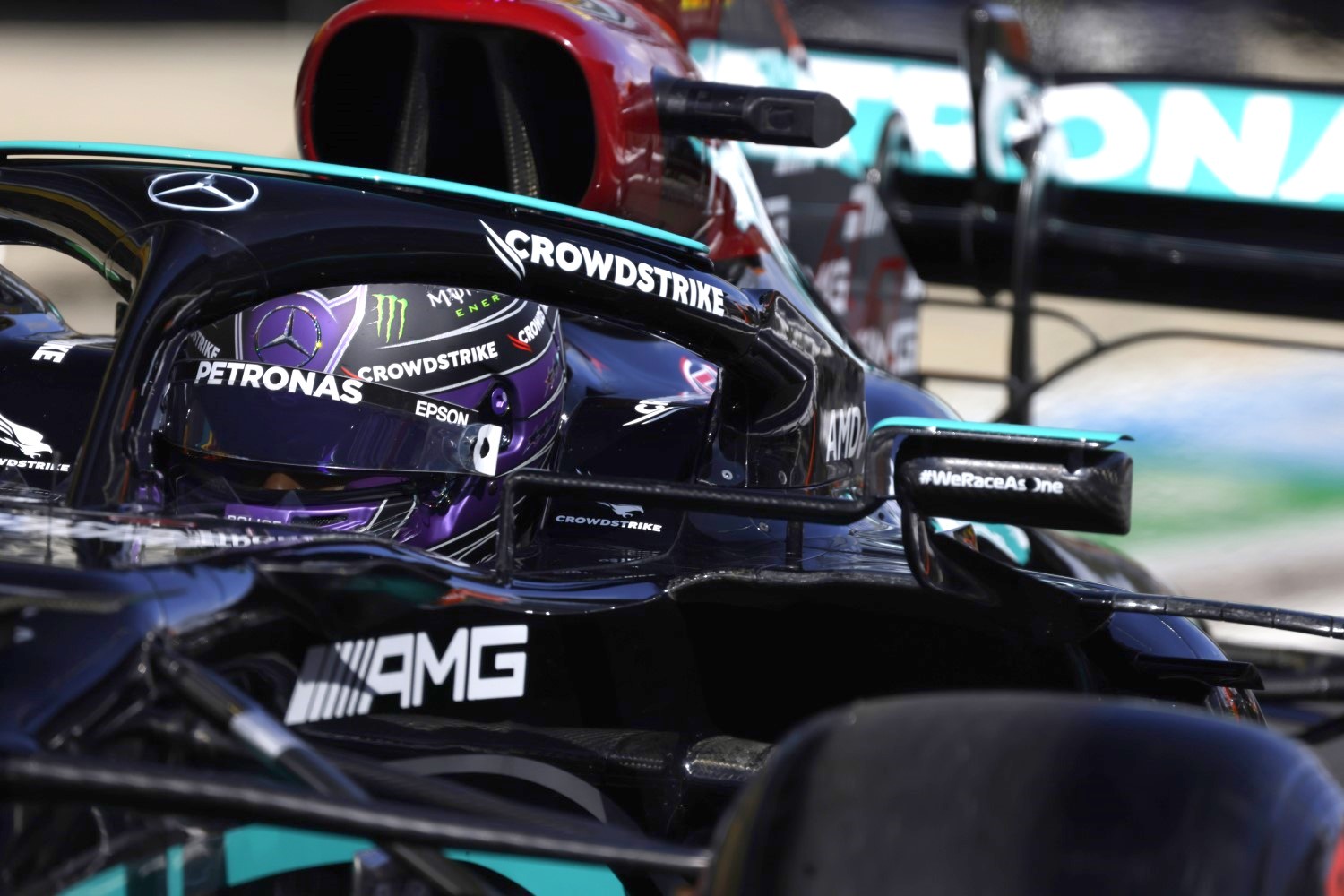 (GMM) Lewis Hamilton joked that he ‘lost his talent’ at Sochi as countryman Lando Norris instead powered to a surprise pole position.

Indeed, Hamilton’s Mercedes didn’t just clout the pitlane wall, he also made contact for a second time out on track as a surprise trio of youngsters – Norris, Carlos Sainz and George Russell – filled the top three.

Max Verstappen, sitting out most of the session due to his engine penalties, called the turn of events “interesting”.

“I can’t even explain it,” Hamilton said. “But it’s in the past now.

“I lost my talent suddenly,” he joked. “I’m sorry to the team. I hope the car is ok for tomorrow so we can keep fighting.”

Hamilton thinks part of the reason for the bad result is not a lack of pace, but because the faster three drivers were all able to risk more by fitting slick tires late in the hour.

“We weren’t in a position to take a risk like that,” he said.

“Obviously if you’re in a Williams you can take all the risks you want. If you go well it’s great, if not you’ve lost nothing.

“But I have some hard work ahead of me. I’ve made life a bit difficult for myself this year sometimes, but victory is absolutely still within reach.”

Hamilton denied that he is struggling with the pressure of fighting Verstappen for the title.

“It’s embarrassing, but it had nothing to do with pressure,” he said.

“But of course it’s not what you expect from a champion. That’s the problem when you are as successful as I am – you only expect perfection. But I am also only human. I’m not a machine.”