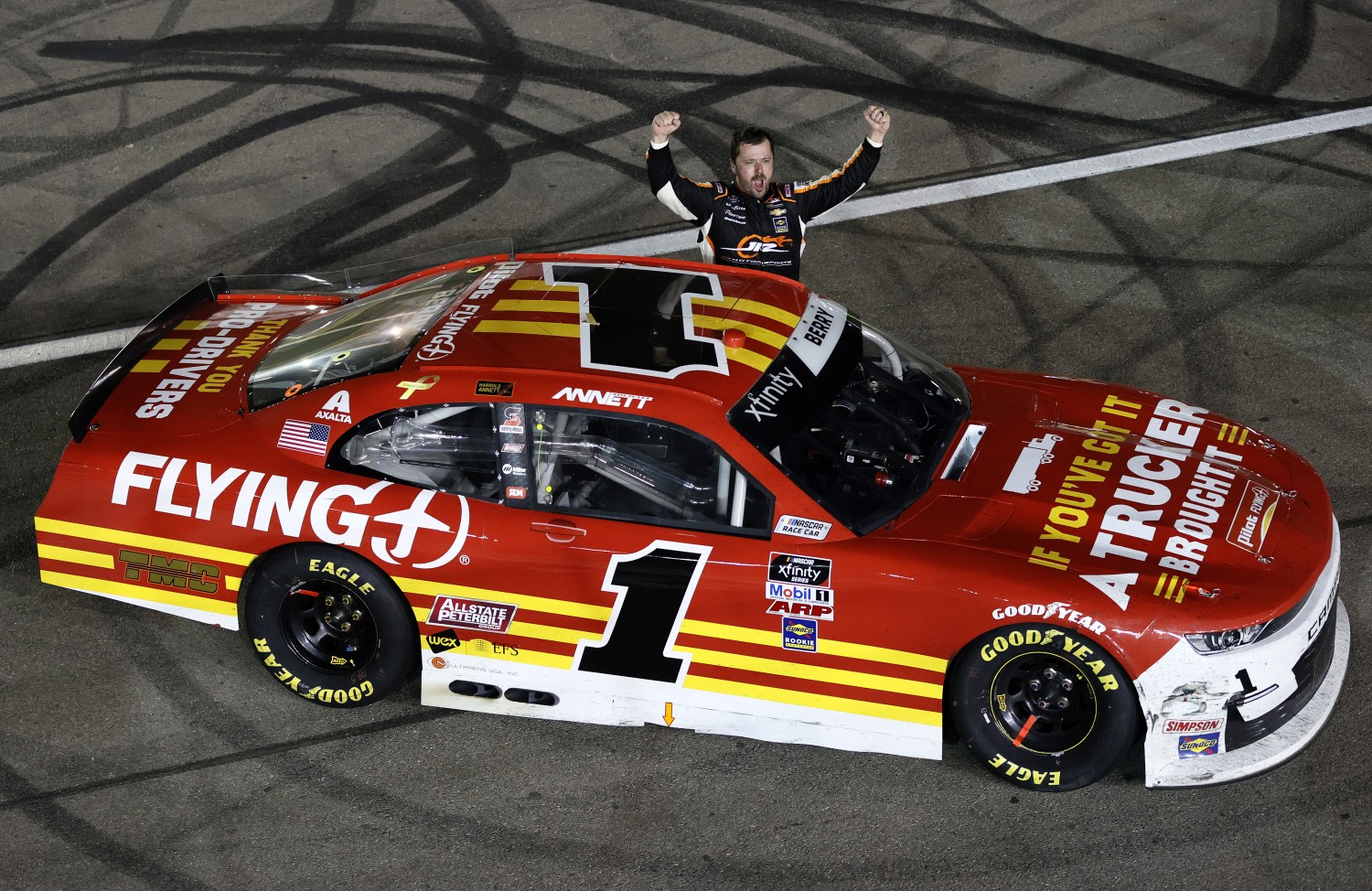 Berry, 30, led a 1-2-3 JR Motorsports team sweep in the Alsco Uniforms 302 – besting his teammates Justin Allgaier and Noah Gragson, whose second and third place finishes were tops among the 12 Playoff eligible drivers.

It was the second consecutive night one team showed the way up front at the Vegas 1.5-miler. On Friday, the ThorSport Racing team swept the top four positions in the NASCAR Camping World Truck Series Playoff race.

“Oh my gosh, that thing was so fast, it just took me a while to figure out,” Berry said, adding, “I just had to stay disciplined and keep working on it and the guys made the right adjustments. And it was fast, man. Finally got a long run and got it all together.”

As for racing his teammates, who are fighting for the championship.

“It was tough,” Berry said smiling. “Me and Justin raced together a lot this year and most of them, he’s gotten the better of me. Today we were able to get one. This is cool.”

The sweep up front was indicative of the evening as the JR Motorsports teammates paced the field all night. Allgaier led a race best 90 laps and won the Stage 2.

Berry took the lead from Allgaier with 42 laps remaining, relinquishing it only during final late race pit stops. He re-took the position with 17 laps and drove away for the victory.

“I need to be better and they brought an unbelievable race car to the track and I’m happy for Josh and happy for everyone at Junior Motorsports, just wish we could have been the guy.

“We have really fast race cars at Junior Motorsports and everyone is super proud.”

A handful of Playoff drivers were on the other end of fortune Saturday with Riley Herbst, Jeb Burton and Jeremy Clements all having their race cut short because of a 12-car accident on the restart following the Competition Caution period.

“I don’t really think we need to be four-wide getting into [turn] one on lap 26,’’ Burton said. “Nothing we could do there, frustrating. We needed a good run today, but we’ll go to Talladega next week and win a race.

“Won there earlier in the year and almost won Daytona a couple weeks ago so I know I can go do it. Have the best team in the garage at speedway tracks so we’ll go get it done next week and then go to the ROVAL.”

With his fourth place finish at Vegas, Cindric takes a seven-point lead over Allmendinger in the Playoff standings. Allgaier is 28 points back, followed by Gragson (-29) and Hemric (-32).