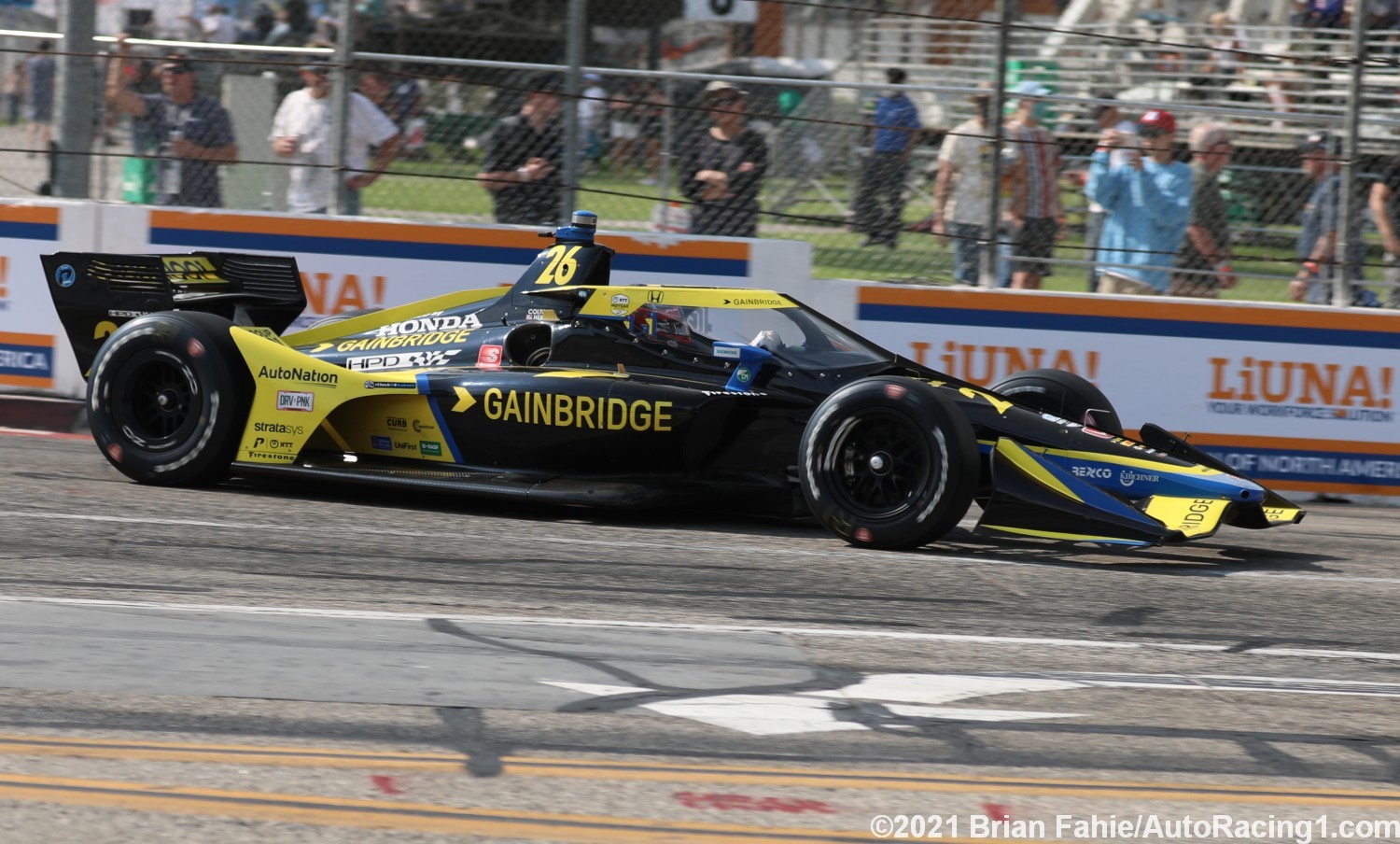 The only incident in the warm-up was when Alexander Rossi and Helio Castroneves tried to claim the same real estate around the fountain area.

Castroneves was angry with Rossi after the collision left his No. 06 Dallara-Honda damaged three hours before the Acura Grand Prix of Long Beach.

“He’s the one that has the mirror,” a seething Castroneves told NBC Sports reporter Kevin Lee. “He should take a look at what’s going on. It’s totally unnecessary. Totally unnecessary. It absolutely stinks. I’m pissed off about it. Anyway. I’ll come down and move on to the race, but his turn will come.

“Kind of since Portland, things have been brewing,” Rossi told NBC Sports reporter Marty Snider. “Not brewing, but he likes to jump in line when we’re all trying to get gaps and everything. It happened yesterday. It happened in Portland.

“We’re teammates (as Honda drivers). We haven’t really talked about it. Now is a good time to talk about it. But the fact that he thinks any of it is my fault is hilarious. I guess when you’re a four-time Indy 500 champion, you can have your opinion. He’s entitled to it. But he’s wrong.”

After choking when it counted yesterday in qualifying, the Andretti Autosport team redeemed themselves when it does not count by putting three cars in the top-5 in morning warm-up ahead of the Acura GP of Long Beach starting at 3:30pm ET today.

Colton Herta, consistently the fastest driver on the Andretti team, turned the fastest lap at a 1m08.4762s, good enough to be 0.1745s faster than Scott Dixon.

Simon Pagenaud, driving like his job is on the line, was third quick for Team Penske while two of Andretti’s other cars, Ryan Hunter-Reay and Alexander Rossi, rounded out the top-5.