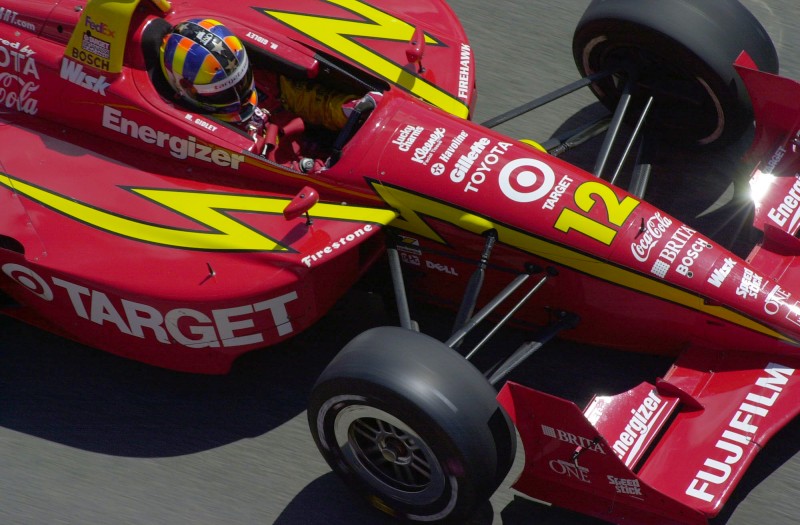 Toyota will not become the 3rd engine supplier to the IndyCar Series.

IndyCar has been trying to land a 3rd company for over 10 years without any luck.  They waited 10 years to follow F1’s lead and switch to Hybrid, hence appear to have missed the boat.

It’s not a cost issue as F1 is signing up new manufacturers, with more to come.

It’s the global TV ratings – F1 gets 75 million people to watch each race.  IndyCar is lucky to get 1 million – i.e. 1/75th the return on investment.

The search for a third manufacturer is ongoing and Roger Penske told the Associated Press that talks are furthest along with Toyota after IndyCar’s courtship of Ferrari fizzled. It Toyota returns, it is thought it will partner with Vasser Sullivan Racing.

“They have not said no or go away,” Penske said of Toyota. “I think what they are trying to do is see how it fits in their own total motorsports package on a worldwide basis.

“But there’s definitely interest there, and it would be a home run to get a third manufacturer here, someone we could announce over the next season.”

TRD boss David Wilson says IndyCar’s Jay Frye sends him a digital Christmas card each year with a Toyota IndyCar on it that says “Come on in the water’s fine.”

Says Toyota has no plans to go to IndyCar and doesn’t see that changing in the next few years.

Having struck out everywhere else, some wishful shills think Toyota might come in with one of their smaller brands like Lexus, Hino Motors, Denso, or Daihatsu.  Good luck with that.

Lexus won’t be seen getting beat by a existing manufacturers Chevy or a Honda – would destroy their brand image.

And Daihatsu?  Oh my.

Roger Penske said at the PRI show this month that IndyCar has a potential new OEM in the “late stages,” per reporter Nathan Brown, and this comes amid heavy industry rumors about Toyota.

Toyota said in November that “of course we have those discussions” when asked about IndyCar talks, but they have no current plans to enter IndyCar and they would have to already have their engine on the dyno to be ready by 2023.

So, is the 3rd OEM really Toyota, another company, or a case of Roger wearing rose colored glasses?

TRD boss David Wilson said in a wide-ranging interview at the IMSA Petit LeMans today that Toyota has no current plans to enter IndyCar.

Adam Stern of SBJ reports – Amid chatter in the IndyCar paddock that Toyota is engaged in negotiations with IndyCar about possibly joining the series, Toyota Racing Development Exec Engineer and Technical Dir Andy Graves has hinted that there have been some sort of talks. IndyCar has been hunting for a third manufacturer to join Chevrolet and Honda, and series owner Roger Penske has been kicking the tires with a range of car companies since he took over in ’20.

Graves, who did say that the company is having talks with other prospective series, told SBJ, “We always keep our fingers on the pulse of all motorsports garages and activity in North America. Obviously having Roger take over IndyCar was great and you’re going to see huge growth. Of course we have those discussions in other garages because we have a lot of friends in all forms of racing.” Graves: “Right now, our focus is on NASCAR, GTD, SRO, NHRA, Formula Drift, USAC, World of Outlaws and off-road racing, so we’ve got a lot on our plate right now and are excited for all those forms we represent.”

IndyCar declined to comment on possible talks with Toyota.

Rumor has it that Toyota may make a return to IndyCar as the third engine manufacturer.

Toyota supplied engines back in the 90s and early 2000s (Chip Ganassi Racing was one of the teams running Toyota power see the photo above) when the series ran under CART. Toyota also sponsored the Long Beach IndyCar race from 1980 until 2018.

Toyota moved to the IRL IndyCar Series in 2003 and provided direct factory support to former CART teams Team Penske and Target Chip Ganassi Racing as well as other teams.

IndyCar has been trying to land a third OEM for 10 years, and if this rumor is true, it will be a positive shot in the arm for the series. Which IndyCar teams would make the switch to Toyota if this rumor were to pan out? Would Penske and Ganassi return to Toyota?