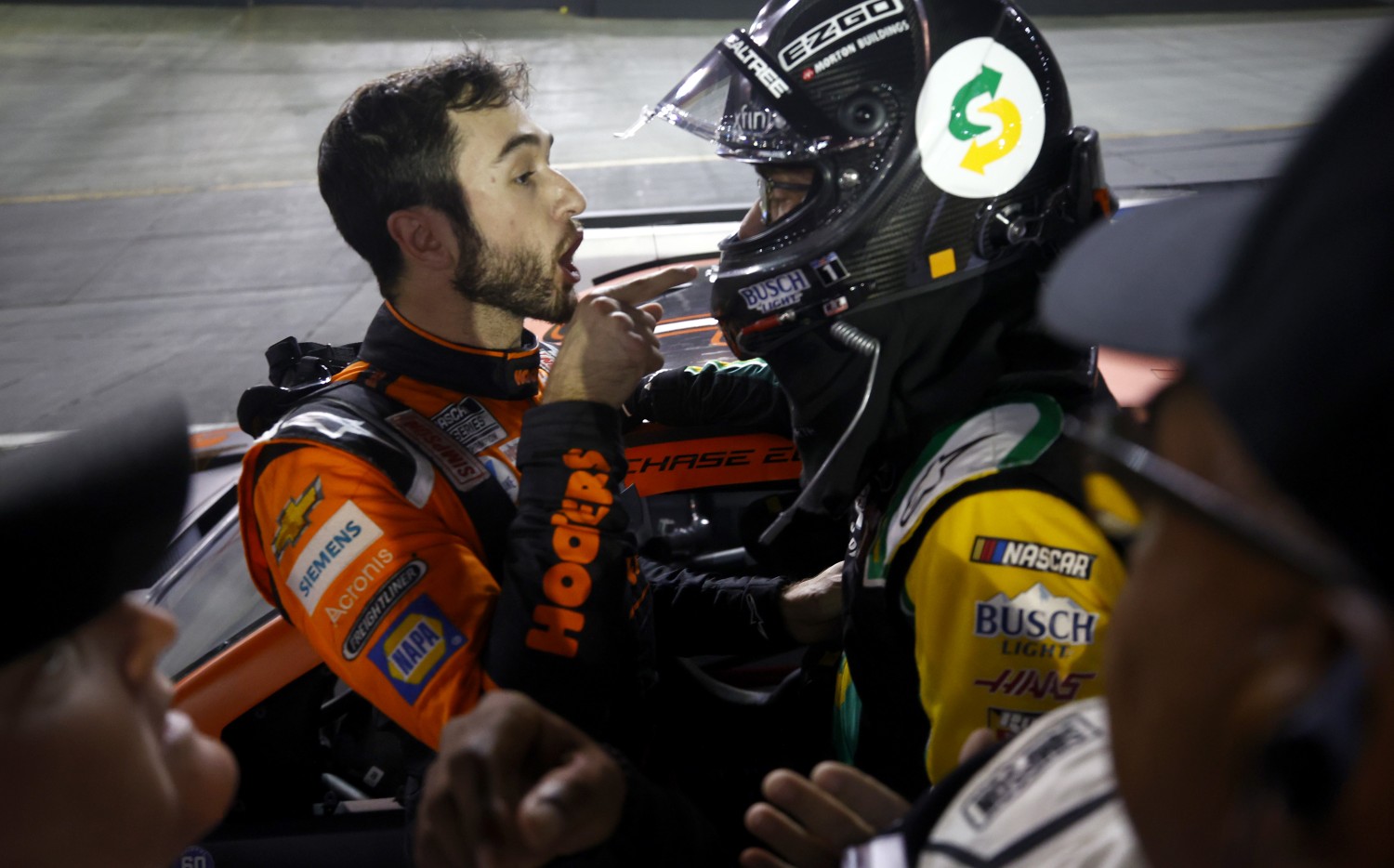 “It was like I was talking to Keelan,” Harvick said, referencing his nine-year-old son, as shared by NASCAR reporter Bob Pockrass. “It’s identical. I mean 100%. Like the exact same scenario. They get hung up on one thing, and you can’t speak to them about the broader picture of how the whole thing works.

“It was like speaking to a nine-year-old. I have good experience with that. Because that’s a daily process — day-in, day-out process.”

Elliott wasn’t happy as he felt Harvick hit him while leading the race with 36 laps to go and cut down his tire, something Harvick has been accused of before. The driver of the No. 9 Chevrolet was then forced to pit and never recovered, finishing 25th. Harvick and the No. 4 Ford, though, finished second.

Harvick and Elliott exchanged words after the race before officials were forced to intervene once shoving started.