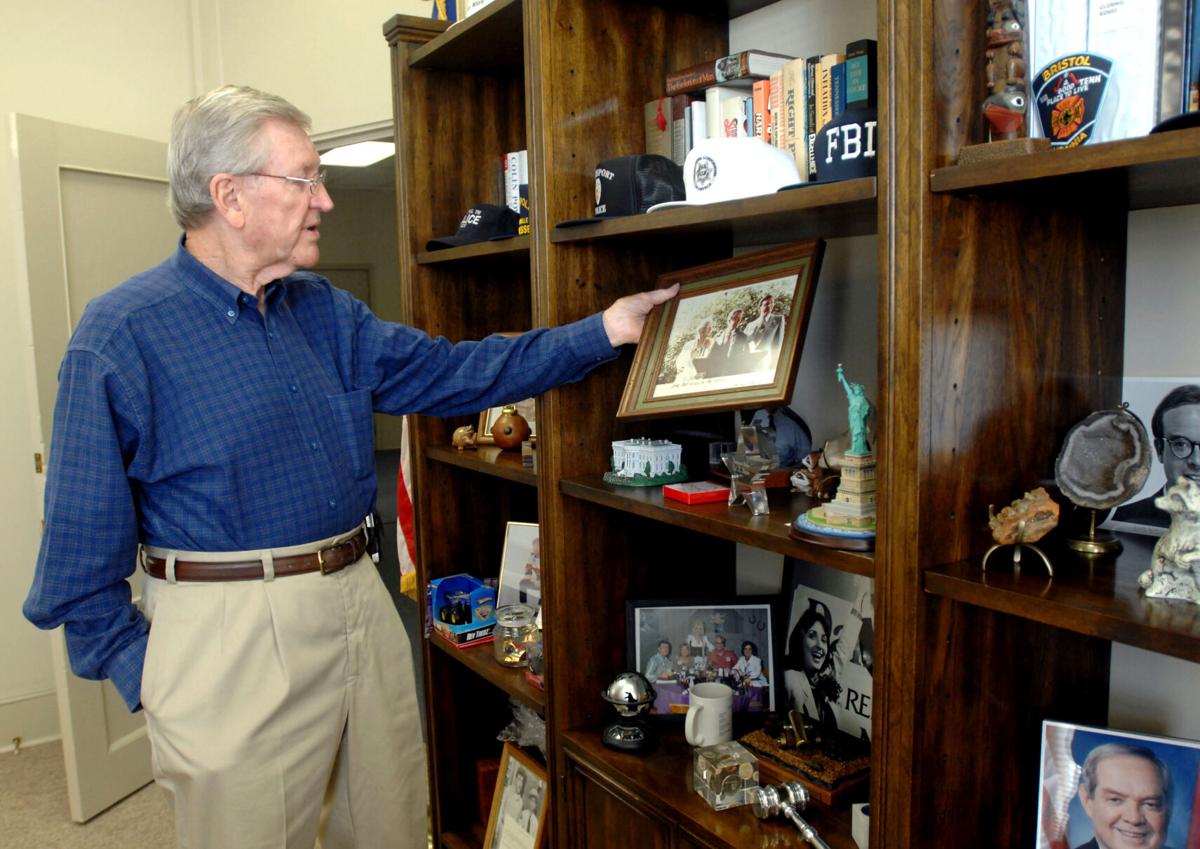 The co-founder of Bristol Motor Speedway and former Tennessee legislator Carl R. Moore died at the age of 91 on Thursday.

Moore and the late Larry Carrier co-founded Bristol’s iconic NASCAR speedway in 1961, Bristol Dragway in 1965 and the International Hot Rod Association in Bristol in 1970. The Bristol native remained involved in motorsports through the mid-1980s.

The following is a statement from Jerry Caldwell, executive vice president and general manager of Bristol Motor Speedway and Dragway, on the passing of Carl Moore:

“The entire Bristol Motor Speedway and Dragway family is deeply saddened to learn of the passing of our dear friend and colleague Carl Moore, one of the founding fathers of this iconic facility 60 years ago. Carl was one of the visionaries who created the initial sketches and diagrams of Bristol Motor Speedway and Bristol Dragway on the back of a brown paper bag. With his leadership and tireless work ethic, along with co-founders Larry Carrier and R.G. Pope, the track quickly became an established venue in NASCAR and has grown to be one of the sport’s fan-favorite destinations. Throughout the years he has been a wonderful supporter of everything that we do and he will be greatly missed. We extend our heartfelt condolences to his wife, Elliott, and the family.”