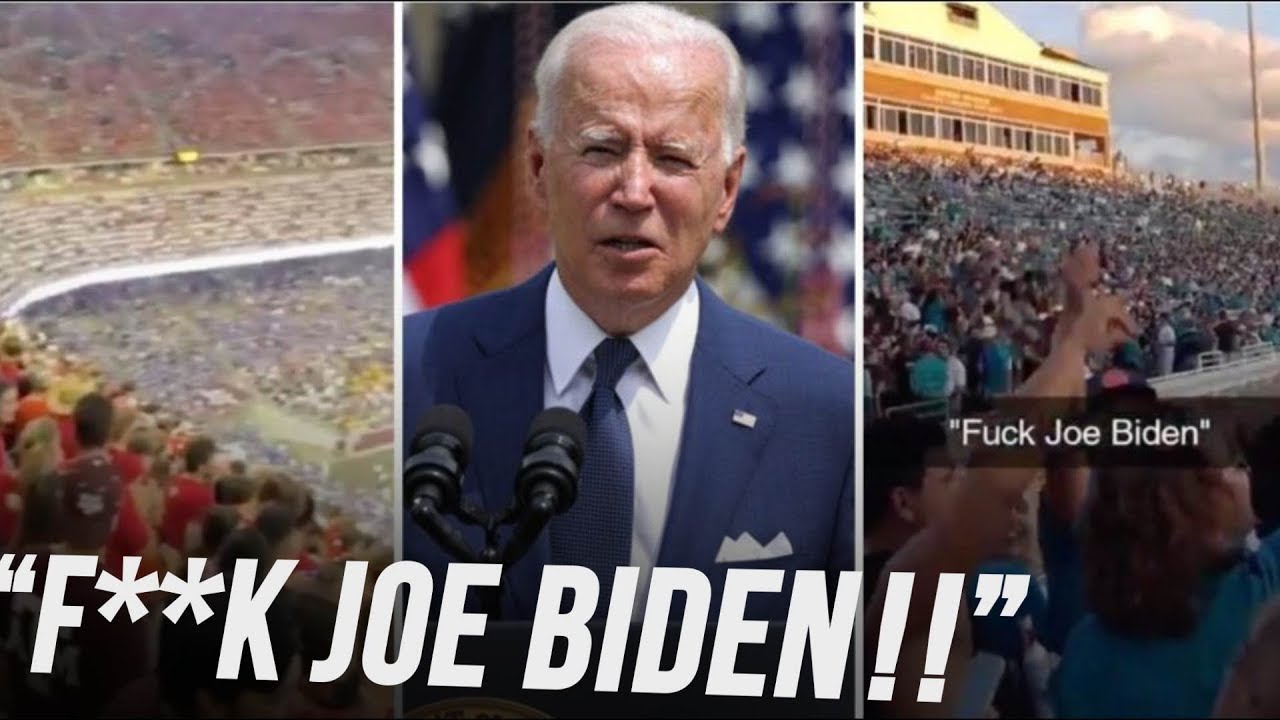 The Fake News reporter for NBC who lied about what the fans were shouting after the NASCAR Race at Talladega, has started a worldwide movement against hapless Joe Biden.  And it is building. Four of the Top 10 songs on iTunes all have the same title — “Let’s Go Brandon.”

The chant emerged in college football stadiums but has now gone global. “Protesters in Rome chant ‘F*** Joe Biden’ as they march past the American Embassy,” one person wrote on Twitter earlier this month.

🇮🇹🇺🇲 Protesters in Rome chant “Fuck Joe Biden” as they march past the American Embassy 😅👊 pic.twitter.com/mxAkastFtW

Gray’s song’s title draws inspiration from the “F–k Joe Biden” chant at the NASCAR race won by Brandon Brown earlier this month, which aired on NBC. An NBC Fake News reporter at the event said she heard “Let’s go Brandon,” after Brown’s victory, though it was later pointed out the audience actually chanted “F— Joe Biden.”

Gray’s single has held the top spot since Sunday.

The anti-Biden chants came during Brown’s post-race interview. After Brown told a reporter his victory was a “dream come true,” the crowd began to loudly shout in unison their displeasure with the president.

The reporter acknowledged the chants and claimed the fans were shouting “Let’s go Brandon, but of course that was a lie as it was clear what they were chanting.

NASCAR initially posted video of the interview with the chant but later deleted the tweet.

The “F— Joe Biden” chant has surfaced at sporting events across the United States — mainly in southern states — and has been especially popular at college football games where tens of thousands of fans have been packing stadiums in defiance of the Biden administration’s strict coronavirus guidelines.