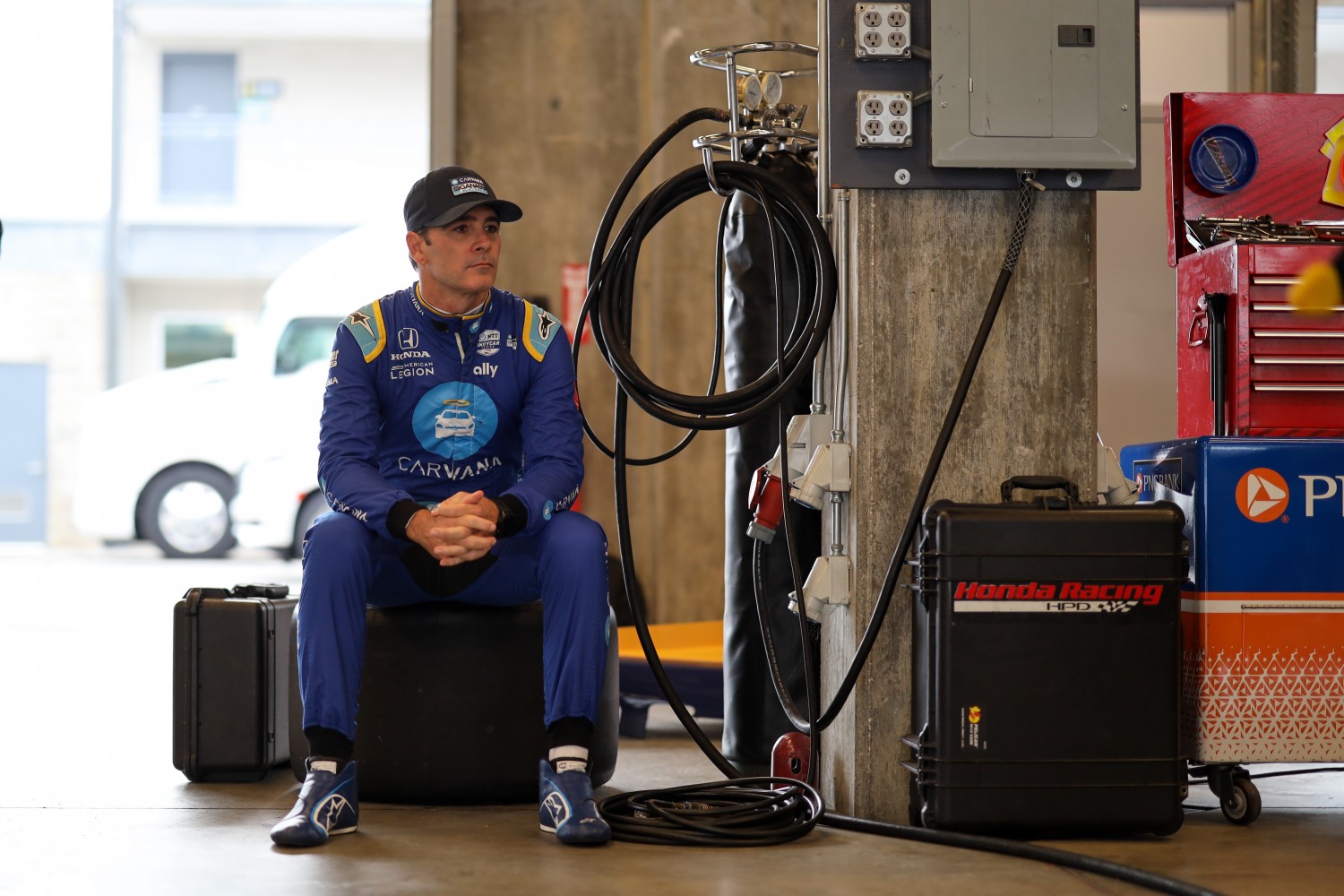 Adam Stern of Sports Business Journal reported last week that Jimmie Johnson continues to get offers from NASCAR teams, but the seven-time Cup Series champion’s focus is weighing the Indianapolis 500 next season. On Wednesday, Johnson completed an IndyCar Rookie Orientation Program test at Indianapolis Motor Speedway, making him eligible to attempt to qualify for the big race next May.

Then the helmet went on, Chip Ganassi Racing’s crew fired the Honda engine, and away Johnson and his patient plan went. A couple of laps following the standard installation lap, the winner of 83 Cup races and four Brickyard 400s had the gas pedal flat in Turns 2 and 4, and soon thereafter he was similarly at full speed in Turn 3.

Johnson and fellow 2021 NTT INDYCAR SERIES rookie Romain Grosjean both participated in the test Wednesday at IMS, which was interrupted and finally cut short by rain.

INDYCAR officials deemed both drivers passed their rookie tests even though both were a few laps short of completing the final phase when a downpour ended track activity around 4:15 p.m. INDYCAR