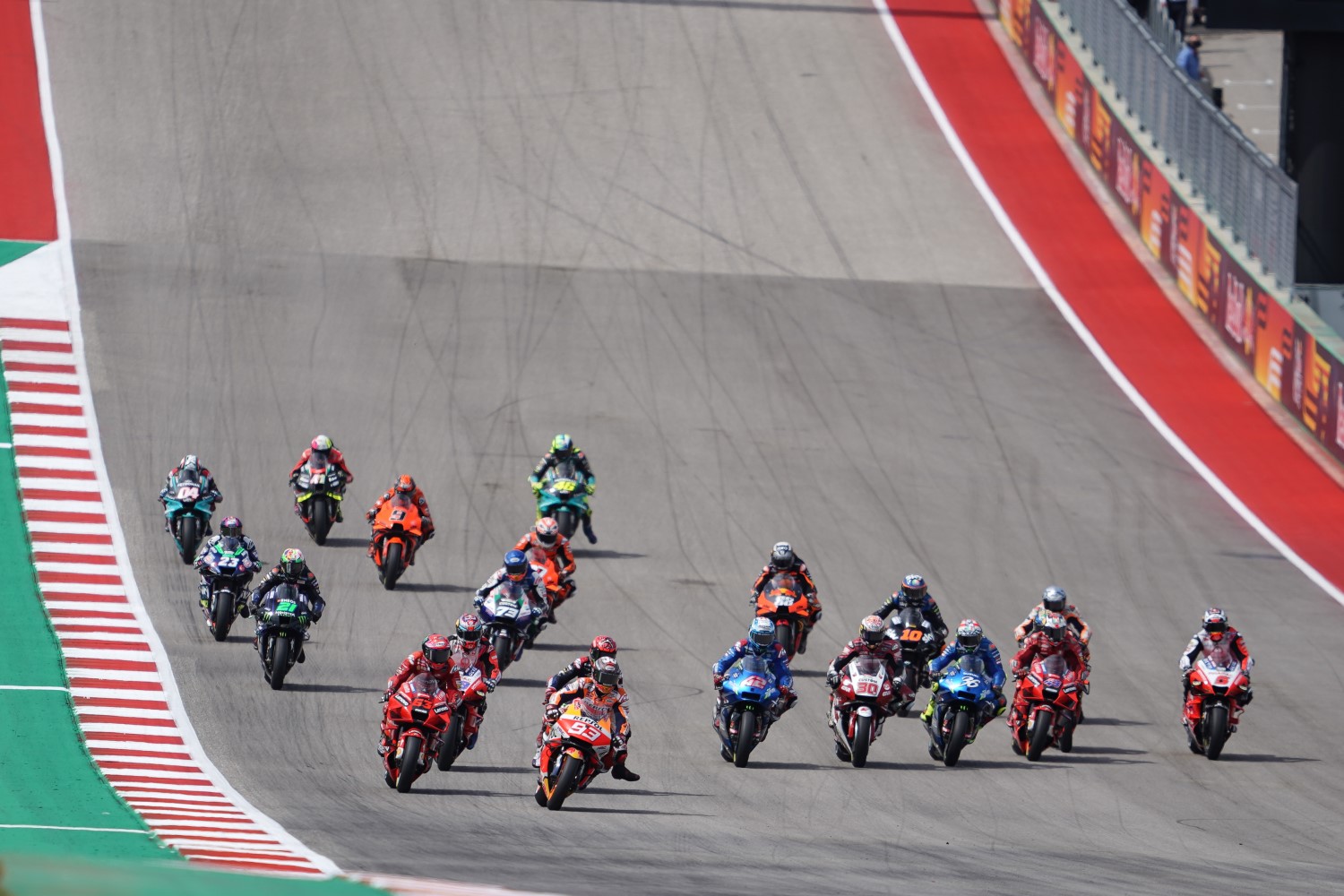 The provisional 2022 FIM MotoGP World Championship calendar has been released, consisting of 21 Rounds running from March to November that include visits to two new venues in Indonesia and Finland.

The 2022 season begins, as usual, under the lights in Qatar at the beginning of March (6-8). Then, from the 18th to the 20th of March, we head to the brand-new Mandalika International Street Circuit for the first time. After a weekend off, an Argentina and Americas double-header kicks off April in style, with a trip to Portimao on the 22nd to 24th of April acting as the first European race of the season.

A short trip down to Jerez for the Spanish GP follows the Portuguese GP on the 29th of April to the 1st of May, with the French, Italian, Catalan, German and Dutch GPs taking place in May and June. From the 8th to the 10th of July, before the three-week summer break, the MotoGP™ paddock heads to the KymiRing for the first Finnish GP since 1982.

The British GP at Silverstone gets us back into the swing of things for the second half of the season on the 5th to 8th of August, with the Austrian GP and Red Bull Ring hosting Round 14 on the 19th to 21st of August. The San Marino GP at the Misano World Circuit Marco Simoncelli takes place on the 2nd to 4th of September, before a triple-header then appears.

The riders and teams will race at MotorLand Aragon between the 16th and 18th of September, before the paddock heads straight to the Twin Ring Motegi for the Japanese GP on the 23rd to 25th. A week later, a return to Thailand is on the cards from the 30th of September to the 2nd of October.

The MotoGP™ circus then travels to Australia and the classic Phillip Island on the 14th to 16th of October, with the Malaysian GP coming up a week later on the 21st to 23rd of October – the penultimate round of the campaign. The traditional final round of the season venue will be Valencia’s Circuit Ricardo Tormo, as 2022’s curtain closer takes place on the 4th to 6th of November.