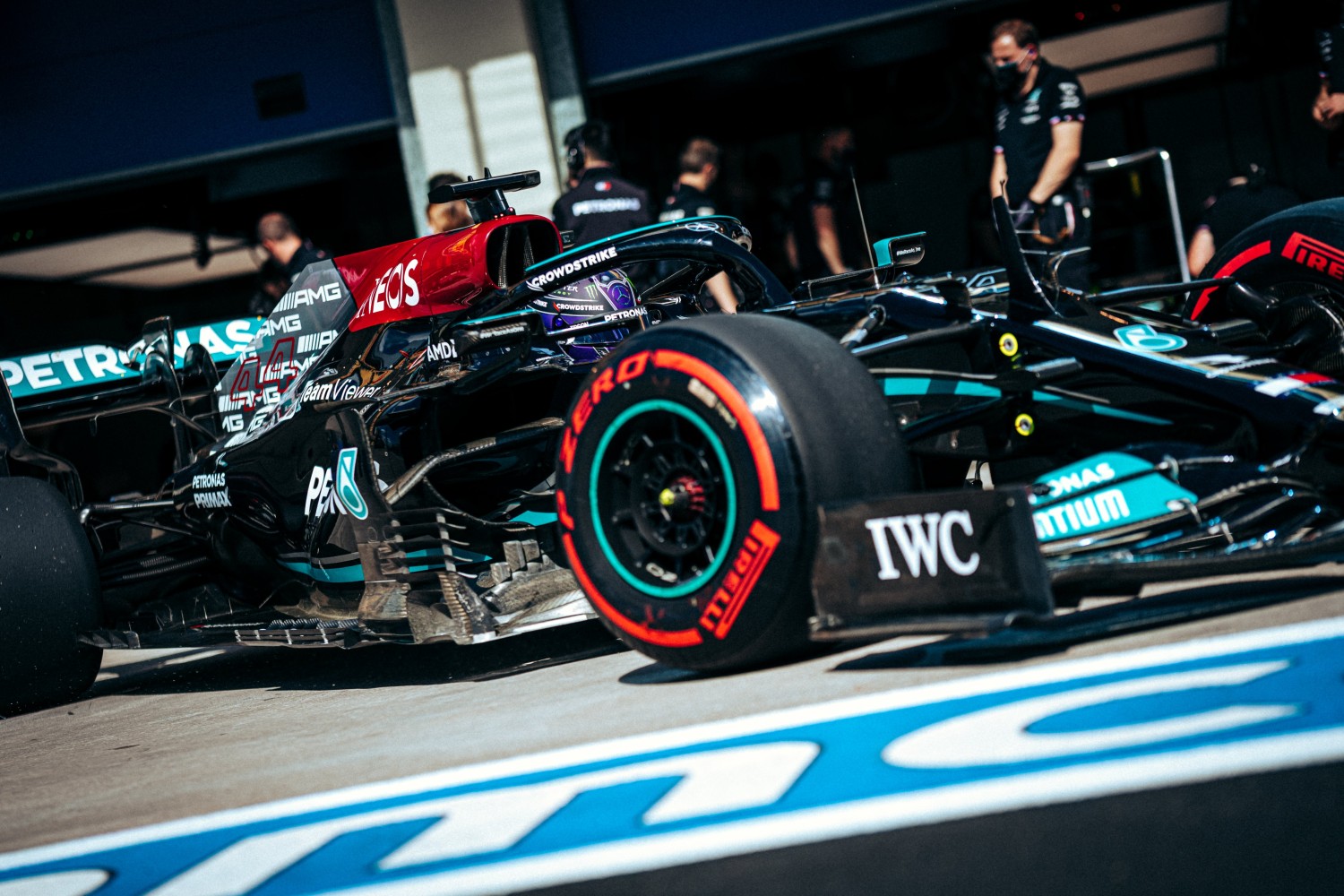 Not only did Lewis Hamilton lead both Practice 1 and Practice 2 for this weekend’s Turkish GP in Istanbul, the race pace in his Mercedes is phenomenal. His arch rival, Max Verstappen, is in trouble so far, much slower on both qualifying and race pace.

Hamilton’s lap of 1m23.804s was 0.166s faster than the Ferrari of Charles Leclerc.  While his 1-lap pace wasn’t bad, Leclerc’s race pace is not competitive.  Like Red Bull, Ferrari has work to do overnight as well.

Valtteri Bottas was 3rd quick in the 2nd Mercedes 0.41s back.

Miraculously Sergio Perez was faster than his Red Bull teammate Max Verstappen in 4th and 5th.  This is rare to see, so perhaps Verstappen is sandbagging.

Aston Martin are considering an engine change overnight on their hapless cars as both Lance Stroll and Sebastian Vettel are out to lunch.

So it is Hamilton to the fore – but he won’t be on pole here, as he has that ten place grid penalty to serve after taking a fourth ICE for the season, exceeding his allocation of three.
Could this be a Leclerc specialty circuit? He has two poles this season already, and is pretty handy over one lap.
There is just one hour of practice left then, but will it stay dry? There is some overnight rain forecast, which could play a part in tomorrow’s proceedings. And as for qualifying, who knows what will happen.
One thing is for sure – on pure pace, Hamilton is the man to beat so far.