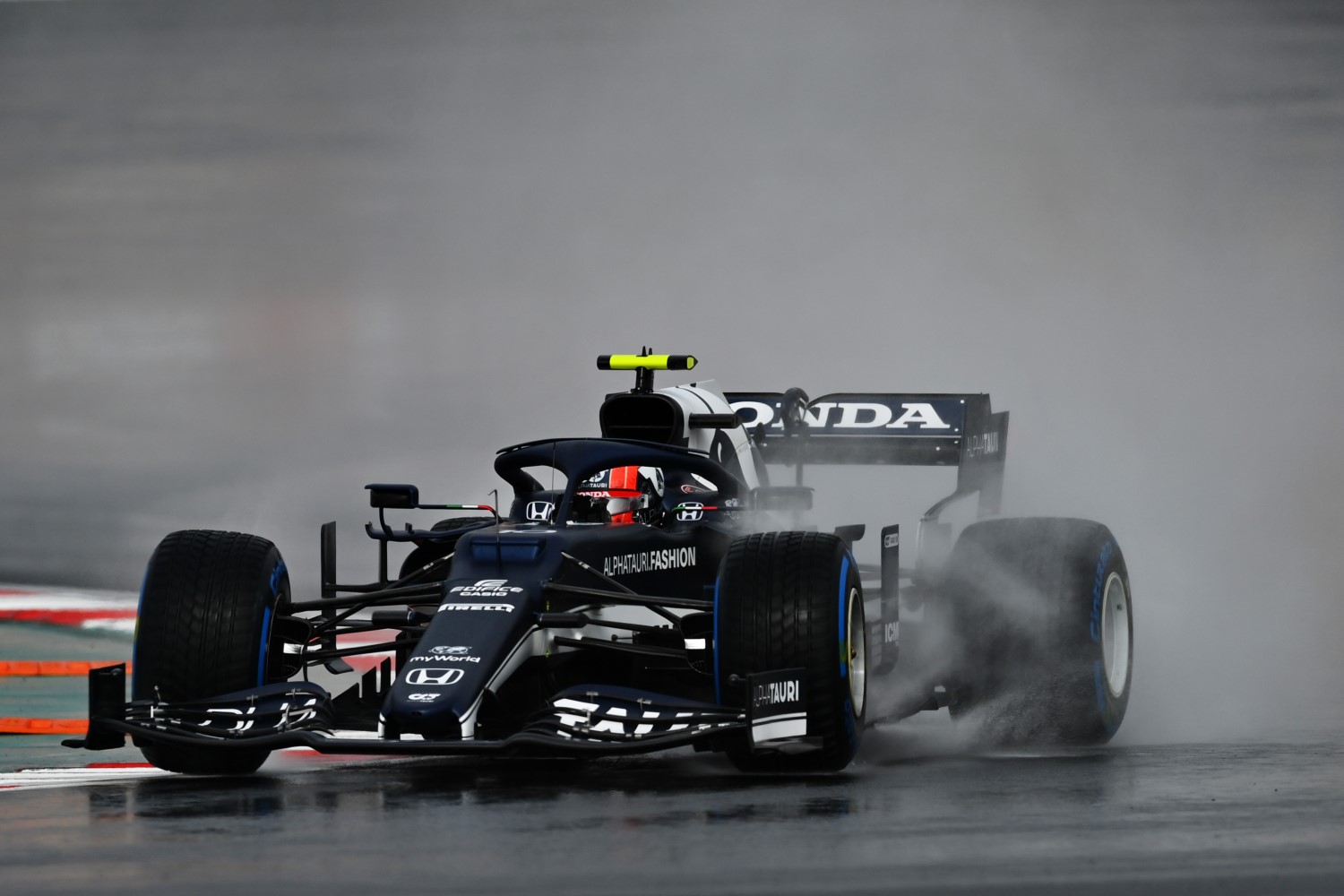 In a rain hit practice 3 for the Turkish GP, Pierre Gasly put his AlphaTauri on top with a 1m30.447s, 0.164s ahead of the Red Bulls of Max Verstappen and 0.237s ahead of Sergio Perez in third.

That’s the second practice session Gasly has topped this year, also finishing on top of the pile in FP3 in Baku. The Frenchman does seem to excel on the intermediate rubber, and looks in very tidy form – but will the conditions hold for qualifying?

The rain has stopped, and the track had dried out to the extent that Leclerc was debating slick tires towards the end. It could well be that qualifying will be on a dry – albeit green – track later on here.

Hard to read that session, with some drivers exploring the conditions and then parking up early. Hamilton completed just five laps on his way to P18, and Bottas didn’t do too many more. Are Mercedes nursing power units and trying to avoid unnecessary mileage – or just feeling wet weather running isn’t going to be relevant later on?

It was an eventful session when it comes to spins though, with so many drivers having moments. The biggest two went to George Russell, who beached himself in the gravel which brought out the red flags, and Fernando Alonso who came close to doing likewise but maintained enough momentum to rescue himself.

All of which means qualifying later on could be a thrilling session. If the track dries, then it will be green, with all that rubber laid down yesterday washed off. But the extra grip here should help with that, so it will be fascinating to see who pushes flat out and who takes it a bit easier.