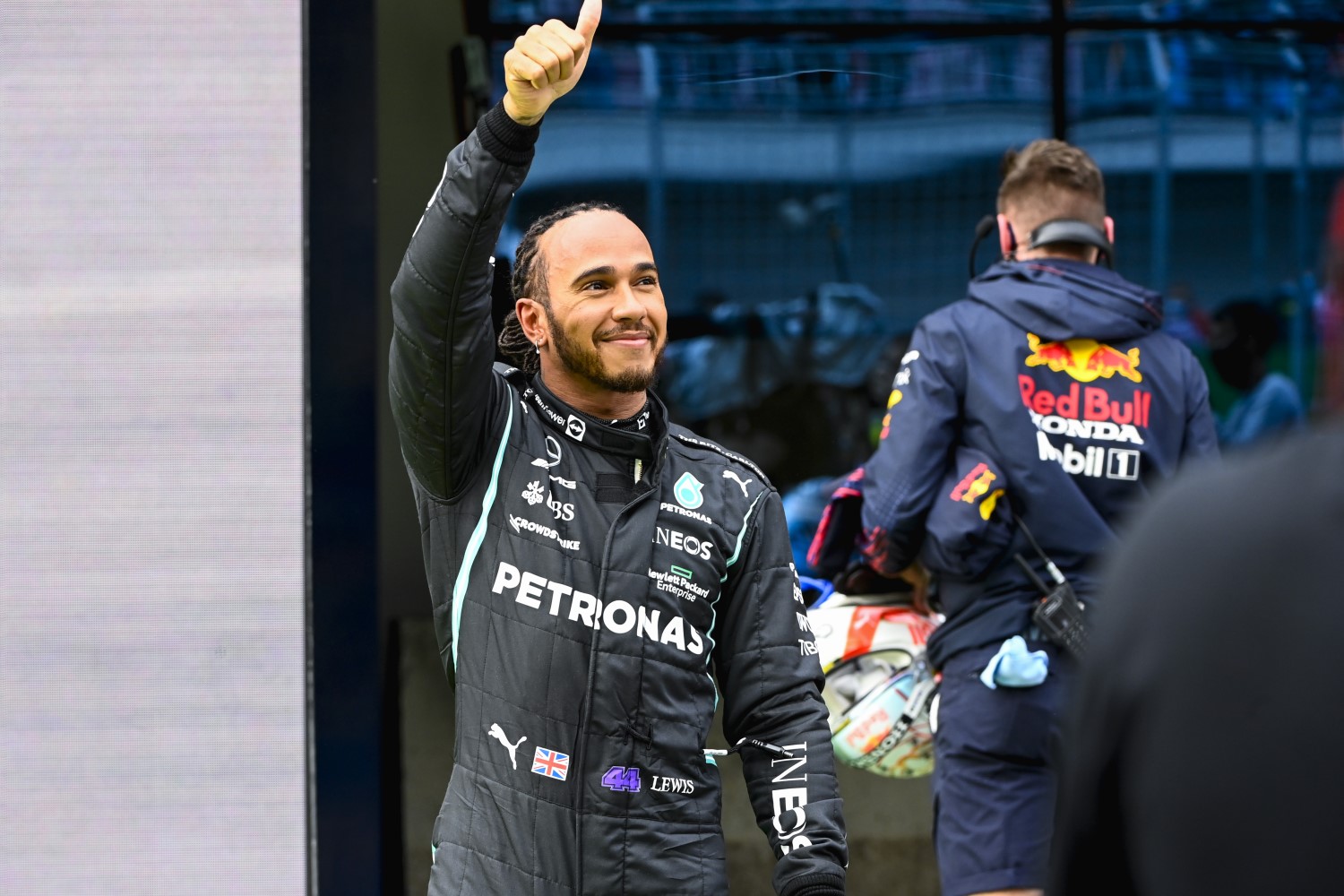 (GMM) Max Verstappen gave a stinging retort to claims Red Bull should not have tinkered with his usual car livery ahead of the Turkish GP.

In a tribute to departing works engine partner Honda, and on the occasion of the original date for the cancelled Japanese GP at Honda-owned Suzuka, Red Bull arrived in Istanbul with a striking new white livery.

The more superstitious members of the paddock, however, wondered if the change might be connected with Red Bull’s clear pace deficit to Lewis Hamilton and Mercedes so far in Turkey.

“Sometimes they say you shouldn’t walk under a ladder either, but that’s exactly what I do,” Verstappen insisted.

“I don’t believe in that sort of thing.”

Indeed, it is far from over for the Dutchman, who is just two points behind Mercedes’ Hamilton in the drivers’ standings.

Hamilton was fastest throughout in qualifying, but he will be pushed 10 places down the grid with an engine change.

And the seven time world champion does not sound confident about scything through the field in the way that Verstappen managed a fortnight ago at Sochi.

“Getting past people is not the easiest at the moment,” Hamilton said.

“And we’re all on the same tire as well, so I imagine it’s going to be difficult to move up. I don’t know, but we have the long straight down the back and we saw how Max plowed through the field in the last race, so maybe something is possible.

“But I’m under no illusions,” the 36-year-old admitted. “We also saw in Sochi that if you get stuck in the DRS train, there is almost no way past.”

Mercedes boss Toto Wolff agreed: “In the long runs on Friday, it was even difficult to get close to Haas and Williams.

“I guess the strategy will help more than the speed. We know that if we don’t win, it’s not the pace that we didn’t have, but the penalty. And that’s part of it.”

However, it is also true that Mercedes has a clear straight line speed advantage this weekend – which is making Red Bull boss Christian Horner both nervous and suspicious.

“Mercedes are extremely fast on the straights for the downforce they’re using,” he said.

“We’ve been observing that since Silverstone. Something is strange there.”

Verstappen, therefore, is worried that if Hamilton moves close to his rear wing on Sunday, he may not have the weapons to fend off an attack.

When asked if he’s got the pace to win, the Dutchman admitted: “No.

“Valtteri will drive away and Lewis will come forward. With the pace they have here this weekend, it won’t be easy to keep Lewis behind me.”

But Dr Helmut Marko is determined that Red Bull must capitalize on Hamilton’s penalty.

“We have to get the most out of this situation,” said the 78-year-old Austrian.

“Drivers in the top ten will be difficult for him (Hamilton) to overtake,” said the Red Bull official. “The Ferrari looks particularly good.

“There are other strong guys ahead of Lewis too – Gasly, Leclerc, Alonso. We know Alonso is not a big Hamilton fan, which we saw in Budapest.

“I hope Lewis does not get close to us too quickly,” Marko added.

“We also have to see what the weather turns out to be, because so far the forecasts have been wrong every time.”