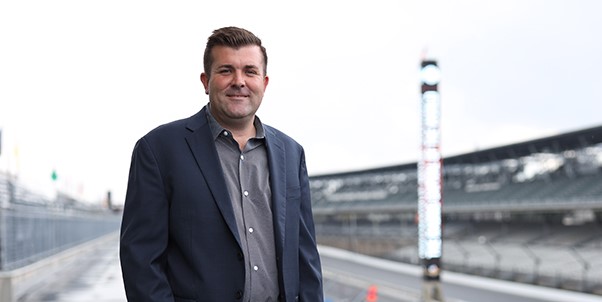 Jones will oversee all operations and competition of the Indy Lights Presented by Cooper Tires, the final step for drivers in the Road to Indy ladder that prepares drivers for the NTT INDYCAR SERIES. INDYCAR adds the role of promoter to its duties as the sanctioning body of Indy Lights on Nov. 1.

“My entire career has been in racing and moving to INDYCAR and Indy Lights is the perfect next step,” Jones said. “I look forward to the opportunity to continue to grow Indy Lights and expand its legacy and position as the ideal final step before the NTT INDYCAR SERIES.

“It’s hard to put into words what joining an organization like INDYCAR really means. When you’re in racing, you always want to be a part of the biggest and the best. This is a dream come true.”

Illinois native Jones, 39, comes to his new role after working in competition and executive positions with the United States Auto Club since 2015.

Jones started his USAC administration career in 2015 as the national series competition director, leading the planning and operation of more than 75 USAC events around the United States in the Silver Crown, Sprint and Midget National Championship series.

In 2019, Jones was promoted to USAC executive vice president, helping to diversify the sanctioning body’s activity beyond open-wheel racing to youth racing, off-road competition, rally and sports car racing. During his tenure, Jones was responsible for a wide array of tasks, including maintaining and executing annual rule books, managing sponsorship for each series, negotiating sanctioning agreements, personnel management and working as race director for the Camping World SRX Series in its inaugural season in 2021.

“Because of his broad experience in and out of the cockpit, Levi is the perfect choice to become the director of Indy Lights,” INDYCAR President Jay Frye said. “Levi is well respected in the racing industry and knows every angle of the sport as a driver, team owner, racetrack operator and sanctioning body. We are excited to have Levi on board and look forward to the new era of INDYCAR operating Indy Lights.”

All but the 2005 Sprint title came when Jones drove for Tony Stewart Racing, owned by the legendary NASCAR Cup Series and INDYCAR SERIES champion and two-time Brickyard 400 winner.