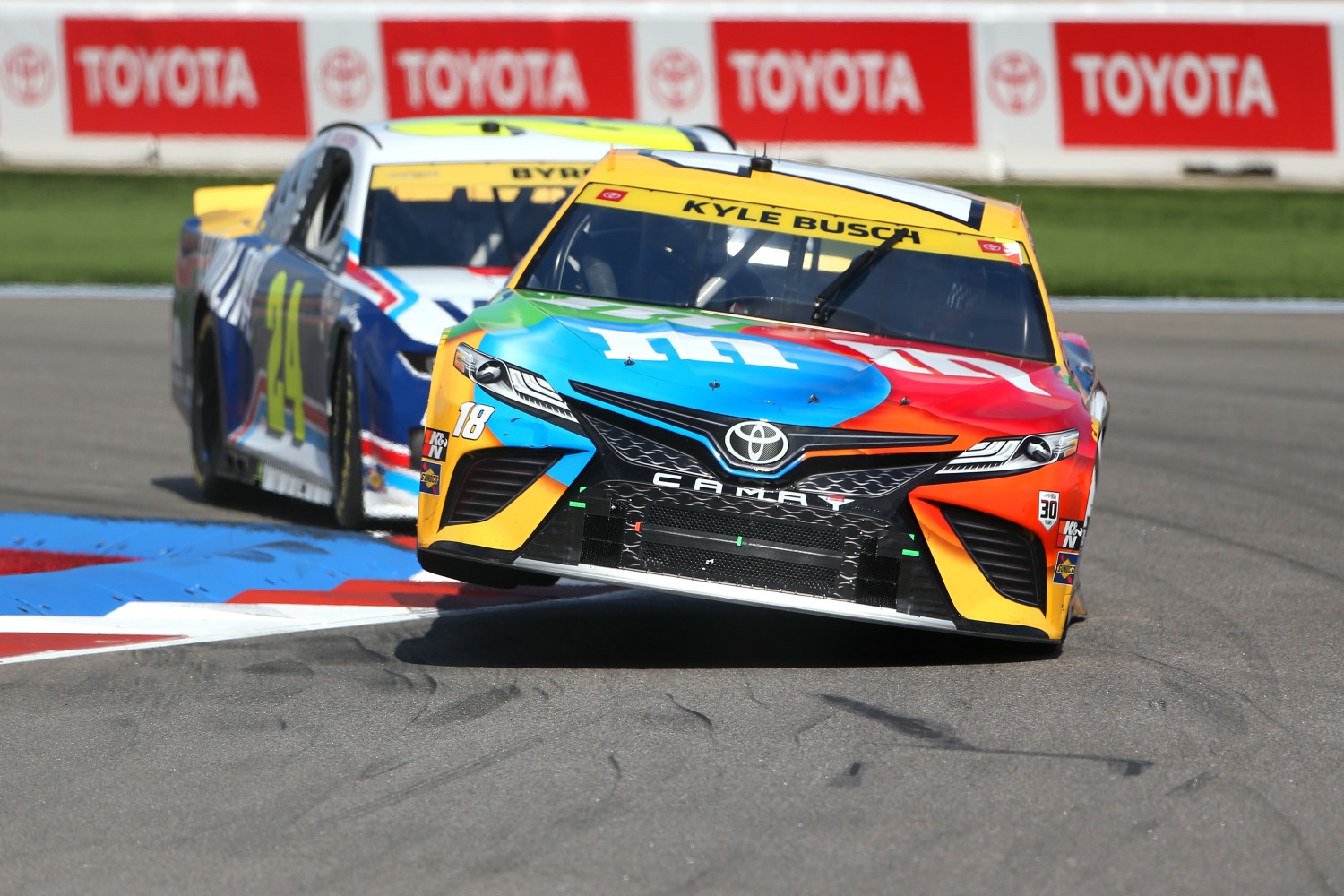 NASCAR’s silly lug nut penalties reared their ugly head once again after the Charlotte Roval race where the people who did nothing wrong are the ones getting the penalty. It’s analogous to a Daytona Drug Dealer getting caught dealing cocaine, but the President of NASCAR getting thrown in the slammer for it.

Even though Ben Beshore never left his pit stand and never touched a tire, or a lug nut, Beshore was suspended one race and fined $20,000 because there were two lug nuts not secure on the No. 18 Toyota Camry of Kyle Busch. During a pitstop the Crew Chief cannot see the far side of the car to even see the loose or missing lug nuts. The air gun guy should get the suspension for not being more careful.

Busch will work with an interim crew chief next weekend at Texas Motor Speedway to open the Round of 8 in the NASCAR Cup Series playoffs.

The cars of Denny Hamlin and Chris Buescher each had one lug nut not secure. The crew chiefs of their respective teams, Chris Gabehart and Scott Graves, were fined $10,000.

Additionally, Xfinity Series crew chief Alex Yontz (No. 11 Kaulig Racing – Justin Haley) was fined $5,000. The No. 11 car was found with one lug nut not safe and secure in Xfinity post-race inspection.