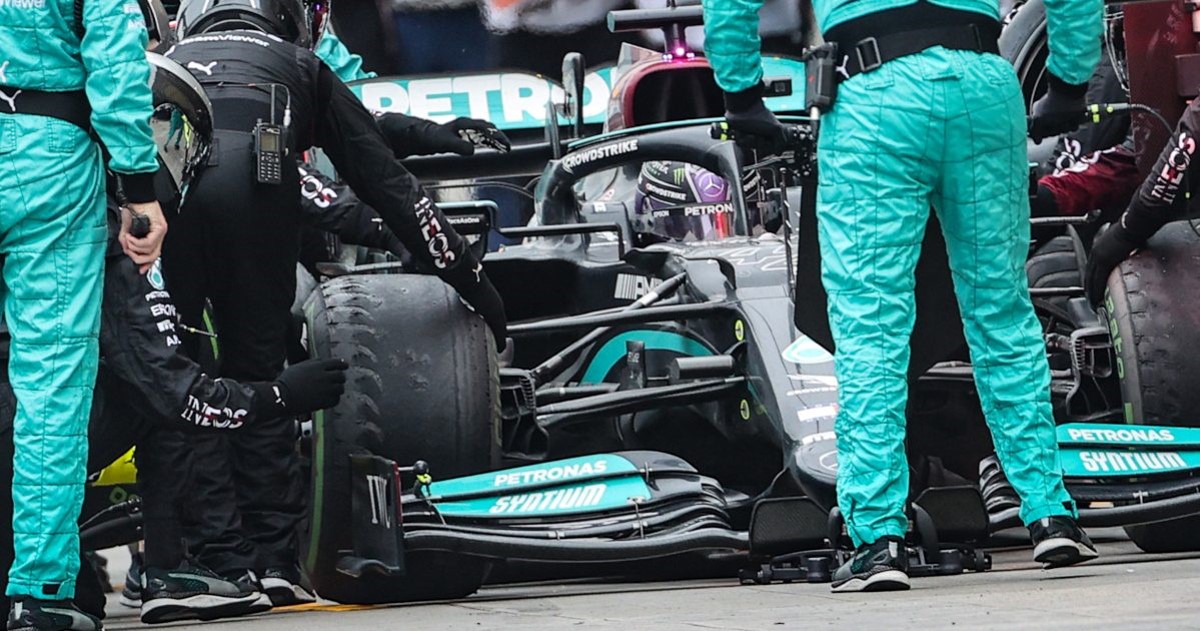 As Spain’s AS newspaper observed, “A Mercedes won the race, but there was no loud cheering in the pits when the world champion complained on the other line about a dubious strategy”.

Indeed, Hamilton was vocally upset on Sunday when he discovered that pitting against his protestations for a new set of intermediate tires dropped him out of podium contention.

Some in the British press said he was “furious”.

“It isn’t true to say I’m furious with my team,” Hamilton insisted on Monday.

“I wanted to risk it and try and go to the end, but it was my call to stay out and it didn’t work. In the end we did pit and it was the safest thing to do.”

His Mercedes counterpart Toto Wolff said the condition of the tires was “really scary”.

However, seven time world champion Hamilton said after the race that Esteban Ocon managed to get through the entire race on a single set of tires.

“Looking at the tires after the race, I would say no, or at least it was really at the limit,” said Pirelli chief Mario Isola when asked if Hamilton’s tires also would have lasted.

“It was a bit dangerous to push the boundaries. I was suggesting to our allocated engineers to warn the teams to change the tires and not to go to the end because it was a risky move,” he added.

As for Hamilton’s open dissent and anger on the radio, Wolff said he understands the frustration.

“We have no problem if things get a little fiery on the radio,” said the Austrian.

“Of course, we wouldn’t speak in such a tone to a driver who is out there at 320kph, but everything is fine.

“We have thick skin because we understand that there are situations that frustrate a racing driver. But he understood the situation better a little later.”