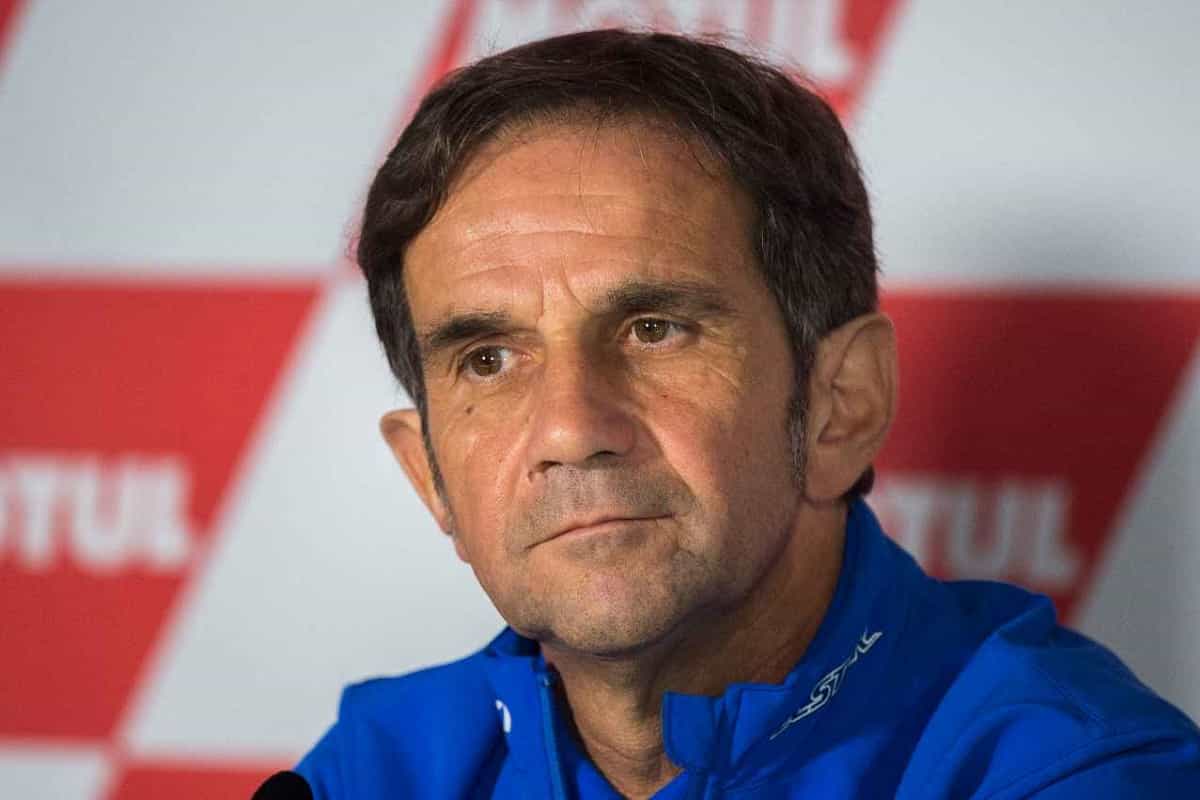 (GMM) Alpine CEO Laurent Rossi has played down reports suggesting new racing director Davide Brivio might be on the cusp of returning to MotoGP.

Italian Brivio joined the Renault-owned Formula 1 team this year but has indicated that his adjustment after running MotoGP outfits has been more difficult than expected.

“The first thing I notice is that Davide is very much missed on the MotoGP side,” Rossi admitted to Auto Hebdo.

“But for me, he is doing a very good job. He brings a lot to the management of the drivers and to the cohesion of the team on the track.

“So for me, there is no Davide Brivio topic to talk about. He meets expectations. Like all managers of the team, he will be evaluated on the achievements and results of this year,” he added.

However, Alpine is openly disappointed about staring down the prospect of finishing just fifth overall again in 2021.

It is being blamed not only on the 2021 rule changes, but choosing to hold off on introducing a brand new power unit this year until the new regulations in 2022.

“That is the law of F1,” Rossi insisted. “When you are not progressing, you are regressing. It’s all relative.

“So when you do an engine freeze, you have to regress the following year and that’s what happened.”

“It will have an impact on the car, the chassis, the size of the cooling and other things. So this engine is going to be very different from the current engine, that’s for sure,” he said.

Earlier this year, Alpine’s newest team official admitted his transition to Formula 1 after years of successfully running the Suzuka team in MotoGP has been “difficult”.

“I will need time, but I am fully committed,” said Brivio, who is currently the racing director at Renault-owned Alpine.

“The organization here is bigger and more complex, with a lot more people. That’s not good for me, but we’ll see.”

According to the major and specialist MotoGP publication moto.it, the Italian could now return to Suzuki and the world of two-wheeled racing.

“(Suzuki’s) Japanese leaders should make the decision by Misano,” reported MotoGP correspondent Giovanni Zamagni, referring to the forthcoming round of the top motorcycle racing category’s season.

Zamagni said Suzuki has struggled for competitiveness since Brivio’s departure.

“(Project leader) Shinichi Sahara has contacted half the paddock to find a new manager in recent months,” he explained.

2 thoughts on “Rumor: Alpine’s Brivio could return to MotoGP (Update)”