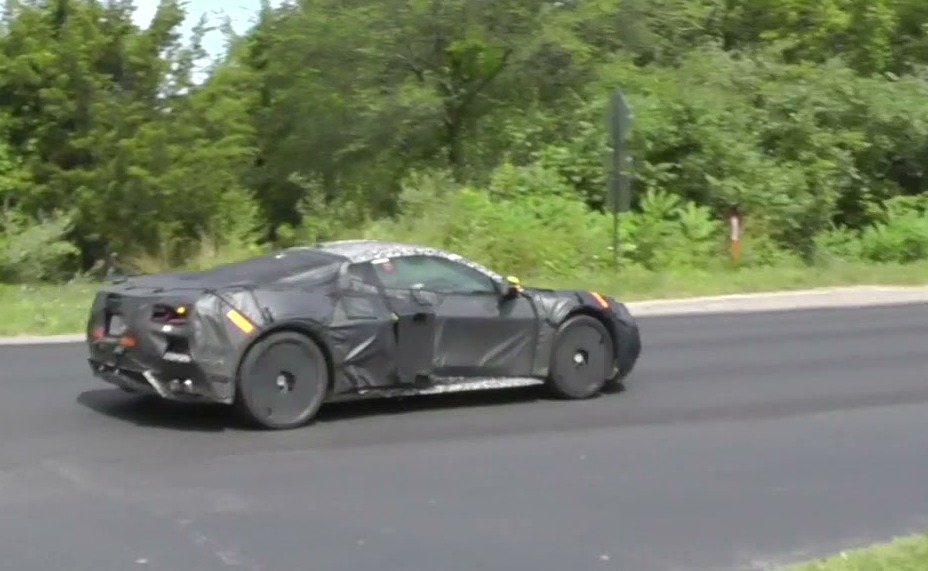 Chevrolet’s expansion of the Corvette C8 line-up is continuing at a hot pace. Later this month the American brand will take the covers off the track-ready Z06, but the next addition is also nearing completion – the hybrid E-Ray.

Spy video and images of the new model under-going testing have become more common in recent weeks, as Chevrolet ramps up real-world testing of the ground-breaking new ‘Vette. The E-Ray will effectively replace the Grand Sport model in the line-up, offering performance beyond the regular C8 Stingray but with a more on-road focus than the Z06.

The E-Ray is expected to be powered by a combination of the same 6.2-litre V8 found in the Stingray and a pair of electric motors mounted on the front axle. This will not only boost power to approximately 447kW (up from 369kW with just the V8) but also give it all-wheel drive. This will be a first for the iconic American sports car, but it’s a sign of the times as even performance vehicles need to account for stricter emissions regulations around the world.

Spy images captured near Germany’s Nurburgring this week show off more of the E-Ray undisguised, with the new model sporting the same widebody as the Z06 but with some unique styling elements around the air-intakes. Images also show smaller brake rotors than the Z06, which makes sense as the electric motors will use regenerative braking to capture energy for the batteries.

The E-Ray won’t be the only hybrid Corvette, with plans for a range-topping C8 dubbed ‘Zora’ reportedly still in the works. This will sit above the Corvette ZR1, which is tipped to get a twin-turbo version of the 5.5-litre V8 in the Z06.

The Zora will elevate that engine by adding electric motors to the front axle, like the E-Ray but probably with even more power, which should boost total system output to 745kW – or 1000hp in the old money.