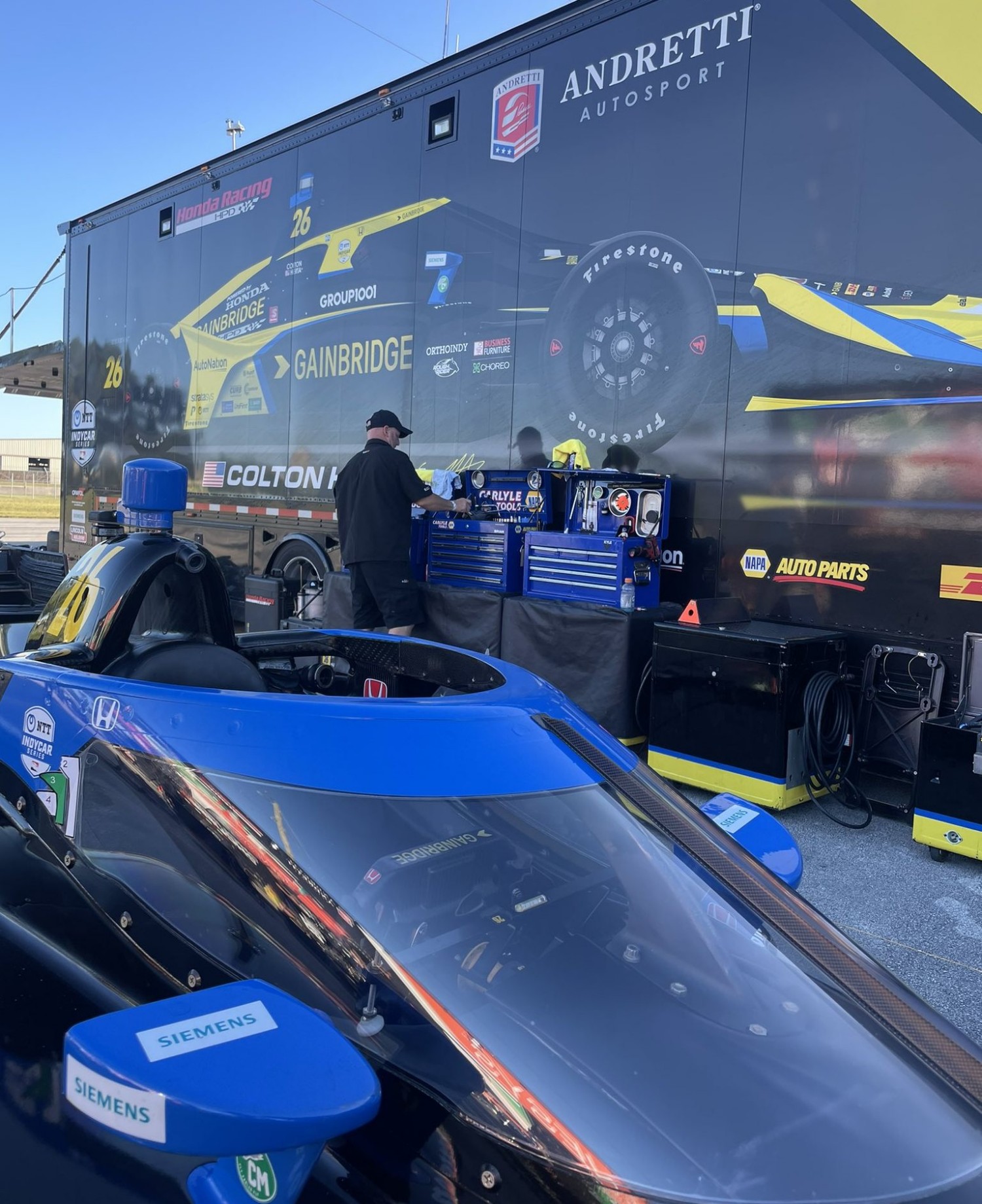 Kirkwood was driving the #26 car regularly driven by Colton Herta, who he is expected to replace if Herta jumps to F1 with the ‘rumored’ Andretti Alfa Romeo team.

DeFrancesco was in the #29 Andretti Honda formerly driven by James Hinchcliffe, which he is expected to be in for 2022.

Despite losing 2 hours to rain, how did their times compare to the IndyCar regulars?

The answer – very well considering it was their first day in an IndyCar.

Kirkwood turned a fast lap of 52.49s and DeFrancesco was just a tick slower at 52.85s. You can compare their times to the last test by the top IndyCar drivers at Sebring held in February, just before this year’s opening race of the season, so everyone was pushing hard, and the track temperature were more ideal than they were yesterday.

They will get another chance to test an IndyCar preparing for 2022 on October 25th at Barber.

“The car does everything phenomenal, but it was not overwhelming,” Kirkwood told RACER. “My fourth hour lap in the car was only 0.9 seconds from my fastest lap all day, so it was like I sat in the car and it was comfortable to walk fast right away. So that was not a problem. It was incredible to drive. The best car I have ever driven. But not overwhelming.”

“It’s actually not that much different than a Lights car,” he said. “The biggest thing is the Firestone tires and how they react. I did not even notice the aeroscreen, so that was good. The braking efficiency is not so much not so much greater than the Lights car, and the pressure required is about the same. The dampening development that IndyCar has since teams are open to being able to do what they want is the biggest technological change I felt. The car absorbs everything so nicely.

“When I was driving Lights cars at Sebring, you go into turn 3, touch the inner curb, and you’re going for a ride. In IndyCar, you can actually cut the curb, and it does not matter; you do not even notice it. The Honda effect was really good, but in general, the IndyCar reacts a lot in the same way as the Lights car. ”

Kirkwood had Bryan Herta at the time to oversee his first IndyCar test.

“Bryan gave me the most knowledge about getting into the car and how to approach the test,” he said. “Last night he said to both Devlin and me: ‘I could tell you to just go out there and take it easy and get used to everything, but honestly, we do not want you to go out there and waste time on to walk slowly and ease yourself into things. So go out there and push right away. That’s what we expect you to do. ‘And that was perfect advice, so that’s what I did. ”