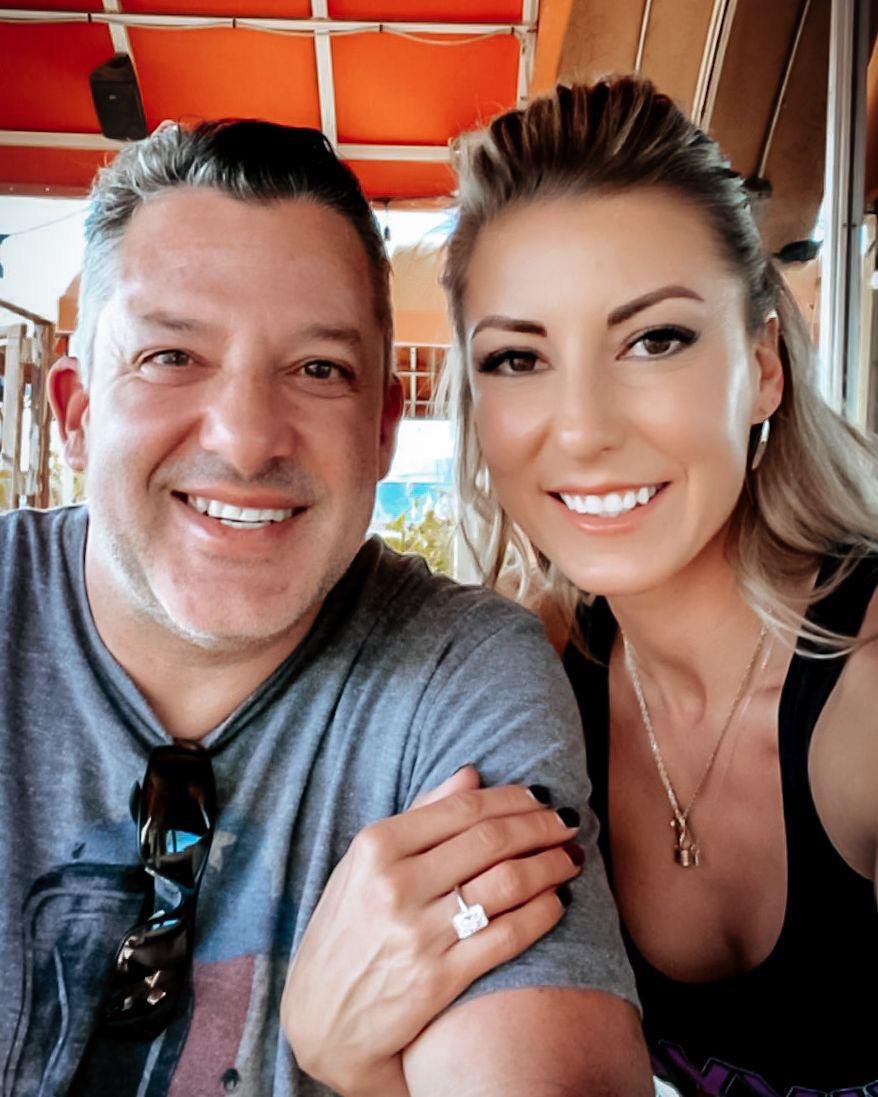 After more than four decades of racing around in circles, Tony Stewart has embarked on a straight and narrow path, albeit at more than 300 mph.

The manufacturer and the team’s technical alliance associate, along with corporate partners, will be announced at a later date.

“When I retired from full-time driving, I said it wasn’t the end, but the beginning of a new chapter. This is proof of that,” said Stewart, who also co-owns Stewart-Haas Racing in the NASCAR Cup Series with machine tool magnate Gene Haas.

“I appreciate all forms of racing, and I’ve always been intrigued about drag racing and NHRA, in particular. Back in 2009, when Tony Schumacher and I were both representing the U.S. Army, I got to hang out with him and Don Schumacher at the U.S. Nationals. Tony ended up winning, and after taking it all in, I was hooked. But it wasn’t until I met Leah and started going to races regularly, where I saw the strategy and the preparation firsthand, that I truly understood it.”

Stewart has been a regular at NHRA events since last year when he and Pruett began dating. They are now engaged, with the couple set to be married in November after the season finale in Pomona.

“Beginning with Don Schumacher, I’ve probably annoyed everyone in the paddock with all the questions I’ve asked, but the more I learned about drag racing, the less I wanted to just be a spectator,” Stewart said. “I want to be an integral part of it. And I don’t do things halfway. I go all in. But I’m smart enough to know that I don’t need to be a rookie owner and a rookie driver, so I made sure to get two of the best NHRA drivers in Leah and Matt. I’m going to lean on their experience so we can hit the ground running in 2022.”

TSR was formed in November 2000. Since its inaugural season in 2001, TSR has earned 27 owner championships — 14 in USAC, nine in the World of Outlaws (WoO) Sprint Car Series, and four in the All Star Circuit of Champions TQ Midgets. TSR will continue its sprint car program, which is headlined by 10-time WoO champion Donny Schatz. TSR’s NHRA and sprint car entries will operate out of its existing 25,000-square-foot facility in Brownsburg, Ind.

“I’m new to the NHRA, but I’m not new to motorsports,” Stewart said. “We have good infrastructure in place, and we’re used to building things from the ground up. It makes success that much more rewarding.”

Pruett is currently in her 25th consecutive season competing in NHRA, which began in the series’ Jr. Drag Racing League as an 8 year old. She won the 2010 NHRA Hot Rod Heritage Racing Series championship in the Nostalgia Funny Car class and has spent the last eight years advancing her way through Top Fuel. However, the Redlands, California-native is not confined to NHRA’s top class. The 33-year-old Pruett has pulled double duty for a number of years by also competing full time in the NHRA Factory Stock Showdown class, winning the title in 2018 for Don Schumacher Racing (DSR).

“I’m an NHRA lifer, and nitro racing is my passion,” Pruett said. “Don Schumacher gave me an incredible chance when we teamed up back in 2016. I’ve learned a lot from him, and he’s made me a better driver. He helped me take a massive step in my career, and this opportunity with TSR affords another big step. I’m forever grateful to all the individuals who I’ve been able to work alongside with at DSR. Don’s mentoring has prepared me for this new endeavor in more ways than just on the track.”

Hagan is the three-time and reigning Funny Car champion (2011, 2014, and 2020). He joined DSR in 2009 and currently leads the point standings with only three races remaining. The 38-year-old from Christiansburg, Va., balances wrangling an 11,000-hp Funny Car down a 1,000-foot straightaway with wrangling cattle on his 3,200-acre farm.

“I got my start at 13 drag racing a four-wheeler. Went from that to sneaking cars off my dad’s lot and returning them with the transmissions nearly gone. I’ve loved going fast my whole life — from Pro Mod to finding where I thrive in the driver’s seat of a Funny Car,” Hagan said.

“Don Schumacher has been a huge chapter in my racing career. We’ve won a whole lot of trophies and multiple championships together over the years, and that’s because of the incredible team he’s placed around me and the opportunities that he’s given us to be successful.

“This next chapter with Tony Stewart is one I’m excited for. I’m ready to go racing. That’s what I’m here to do. I’m jumping into this new program with two feet, and I’m confident in the package we’re bringing into the 2022 season with TSR. Let’s make some history.”

While Hagan’s future is set, he is intently focused on the present.

“Don Schumacher has been great to me, and my goal this year is to deliver him another Funny Car championship,” Hagan said. “We’re in a dogfight, and a lot can happen in three races. I want to go out on top.”

TSR will make its NHRA debut during the 2022 season opener on Feb. 17-20 at Auto Club Raceway at Pomona.

Rumor has it that NASCAR Hall of Famer Tony Stewart is launching a new NHRA race team.

Leah Pruett, Stewart’s fiancée (shown above), will be the driver, rumors FOX Charlotte’s Will Kunkel. The announcement is expected to be made official this morning.