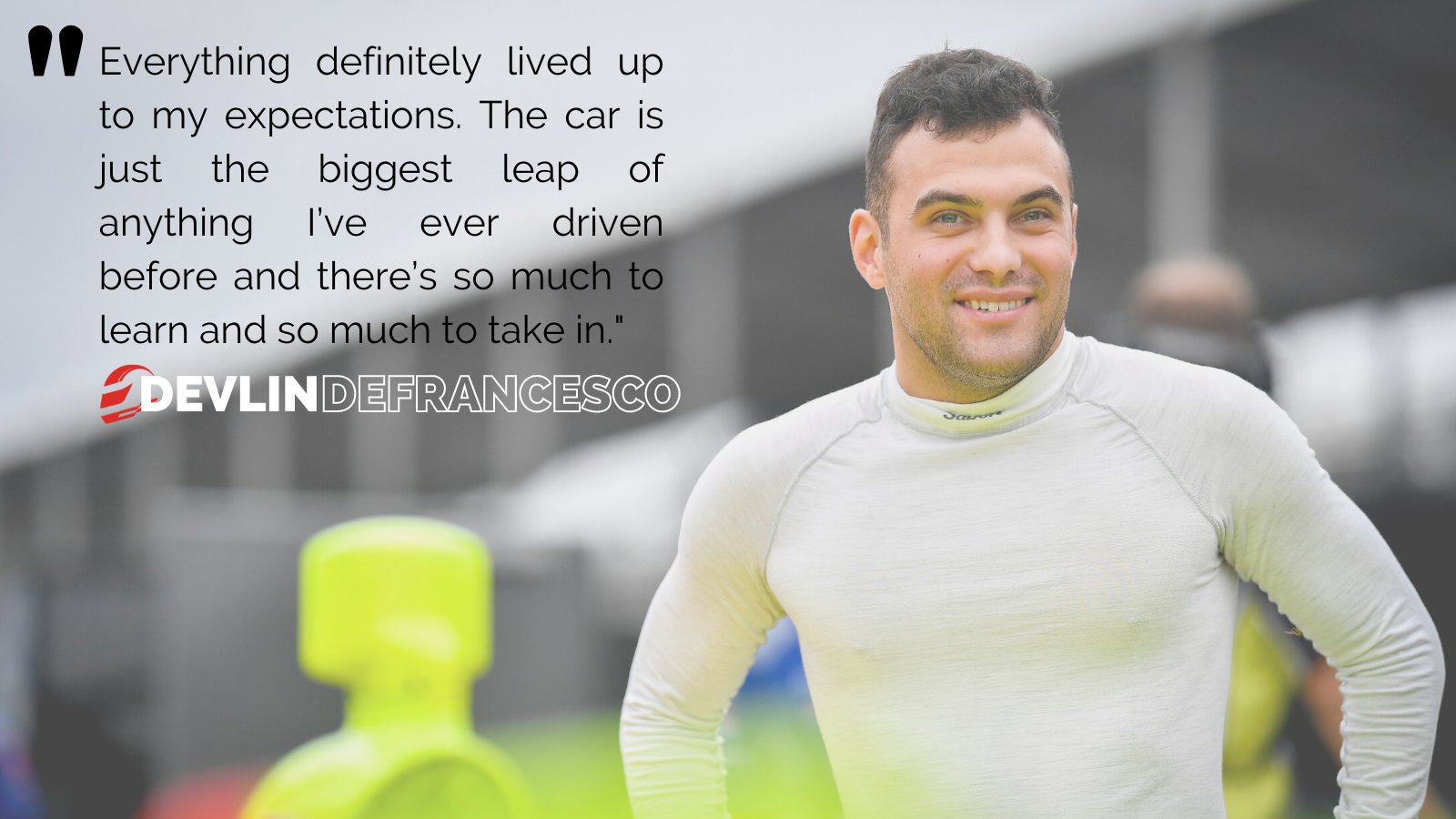 On Wednesday, Indy Lights driver Devlin DeFrancesco drove the No. 29 Andretti Autosport IndyCar at Sebring, his first time in an IndyCar.

“It was a great car to drive — I’m crazy about braking with carbon brakes. I can attack braking very aggressively and the car does everything well,” he told RACER. “The HPD guys are doing a really great job. Very linear power. It’s a very sophisticated car in every respect compared to what I’ve ever driven.

“The tires are also mega. The tires go in very fast. They have drop-offs compared to Cooper, but they are very good to drive. Indy Lights are, in some respects, harder to drive than Indy Lights. I think it’s a good training place for that. “

De Francesco had Ryan Hunter-Reay’s former race engineer Ray Gosselin oversee the test at the 29th Honda. One of the highlights of the day was that engineers who won the Championship and the Indy500 opened an account on the IndyCar.

“His way of dealing with things is incredible,” he said.”It’s a very calm, cool, gathered person who runs all the programs systematically. Joe D’Agostino also works with him and he seems to be very switched on. I have to say that I really love the team of people around me today because there are some mutual people we know together in Europe. Manager Josh Freund. Nothing but wonderful people. I must thank you for the opportunity.”

De Francesco is expected to remain in 29th place entry, even though it has not been confirmed by the team. As for how the first day went, he is ready to continue building with a process designed to create a bright future in a big series.

“Honestly, the vibe post-test is really, really happy,” he said.

“Everything definitely lived up to my expectations. The car is the biggest leap I’ve ever driven and there’s a lot to learn and embrace. I just keep moving forward and improving there. I’m motivated to continue. Sometimes it really worked and sometimes I need to work on it, so I’m very happy with how the day went and how it ended.”