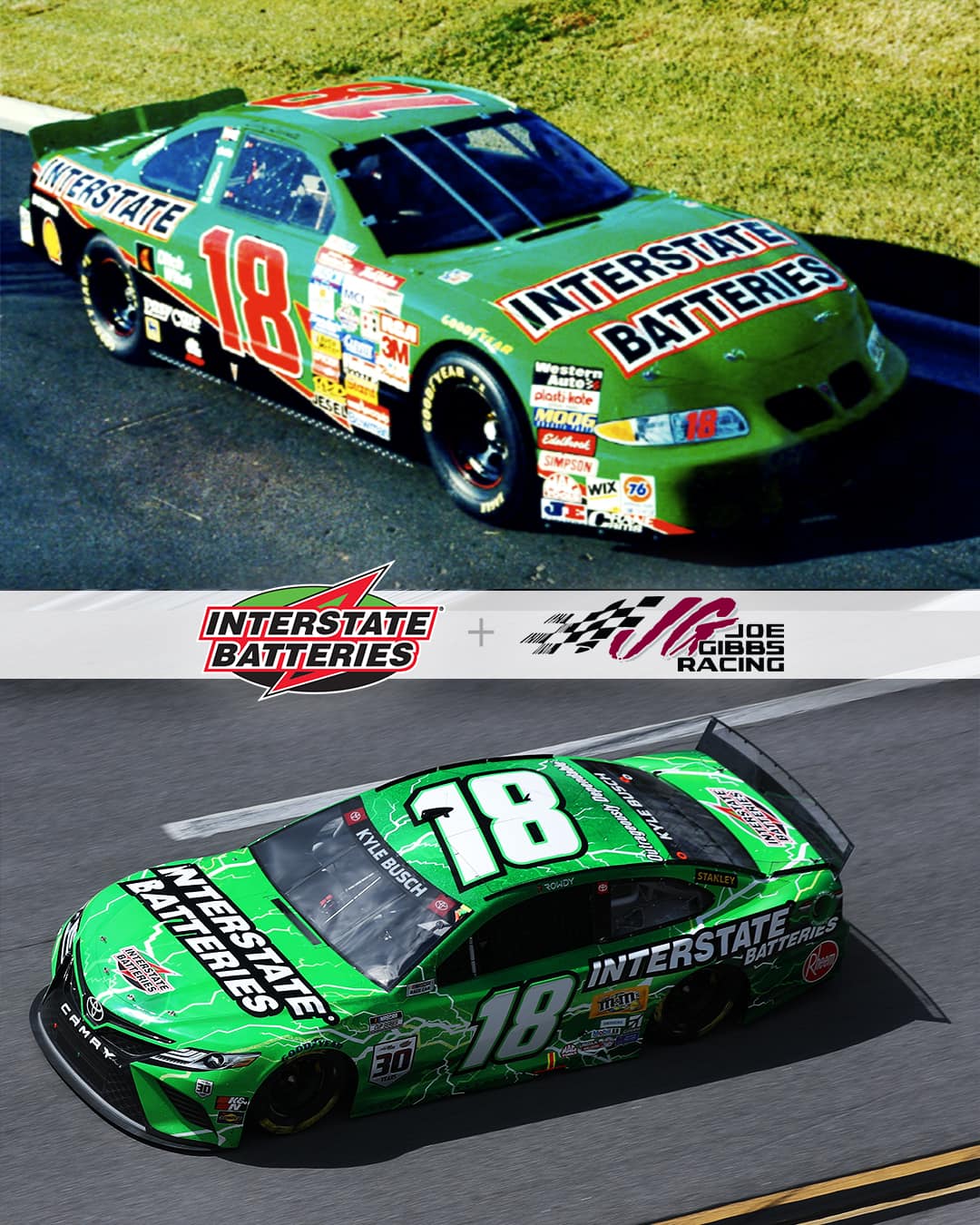 As one of the longest running sponsorships in professional sports, Interstate Batteries will continue its on-going partnership with Joe Gibbs Racing (JGR) in a multi-year renewal agreement.

Under the new agreement, Interstate Batteries will continue to serve as the official battery of Joe Gibbs Racing and as the primary sponsor on the NASCAR Cup Series No. 18 Toyota Camry driven by Kyle Busch for six races while adding support for a third generation of the Gibbs’ family, sponsoring three races with Ty Gibbs in the NASCAR Xfinity Series.

The extension highlights the successful partnership between Interstate Batteries and JGR as the companies continue to celebrate their 30th Anniversary together.

“Norm and Tommy (Miller) really took a chance on us because we literally had nothing when we first went to see them. No race shop. No driver. No crew chief. It was just a dream on a sheet of paper,” said Joe Gibbs, owner of Joe Gibbs Racing. “To have a successful partnership for more than three decades it first has to work for business, and I love that part of it. You have to prove value for your partners. But it is the relationships built over time that makes this so special. From Norm and Tommy to the leadership now of Scott (Miller), as well as Lain (Hancock) running operations. Of course, on our end, it’s been J.D. (Gibbs), and now it’s Coy (Gibbs), and of course we have the grandkids coming. When you reflect on all that has happened over the years and everyone that has been involved, I really think God had a role in bringing us together.”

Interstate Batteries has been a part of nearly every major moment in JGR history including the organization’s first win when driver Dale Jarrett won the Daytona 500 in 1993. Interstate Batteries was the primary sponsor on the No. 18 in 2000 when Bobby Labonte captured the organization’s first NASCAR Cup Series Championship, and continued to play a key role when Busch won JGR’s most recent Championships in 2015 and 2019.

“We could not be more excited to continue our 30 plus year relationship with Joe Gibbs Racing,” said Norm Miller, Chairman and Owner of Interstate Batteries. “They have consistently been great partners in the battery business and ministry, so it just makes sense for us to all continue together. We are also hoping Kyle Busch and the No.18 Interstate Batteries/M&M’s team can win another NASCAR Cup Championship in a few weeks!”

“The 30 years we’ve spent with JGR as a sponsor on the No.18 in the NASCAR Cup Series has helped establish trust, awareness, and credibility for the Interstate Batteries brand with the pros who install our batteries.,” said Lain Hancock, Chief Operating Officer, Interstate Batteries. “As we approach our 70th year in business, we are excited to partner with Coach Gibbs and Joe Gibbs Racing to write more history together in NASCAR and the automotive aftermarket.” Joe Gibbs Racing PR