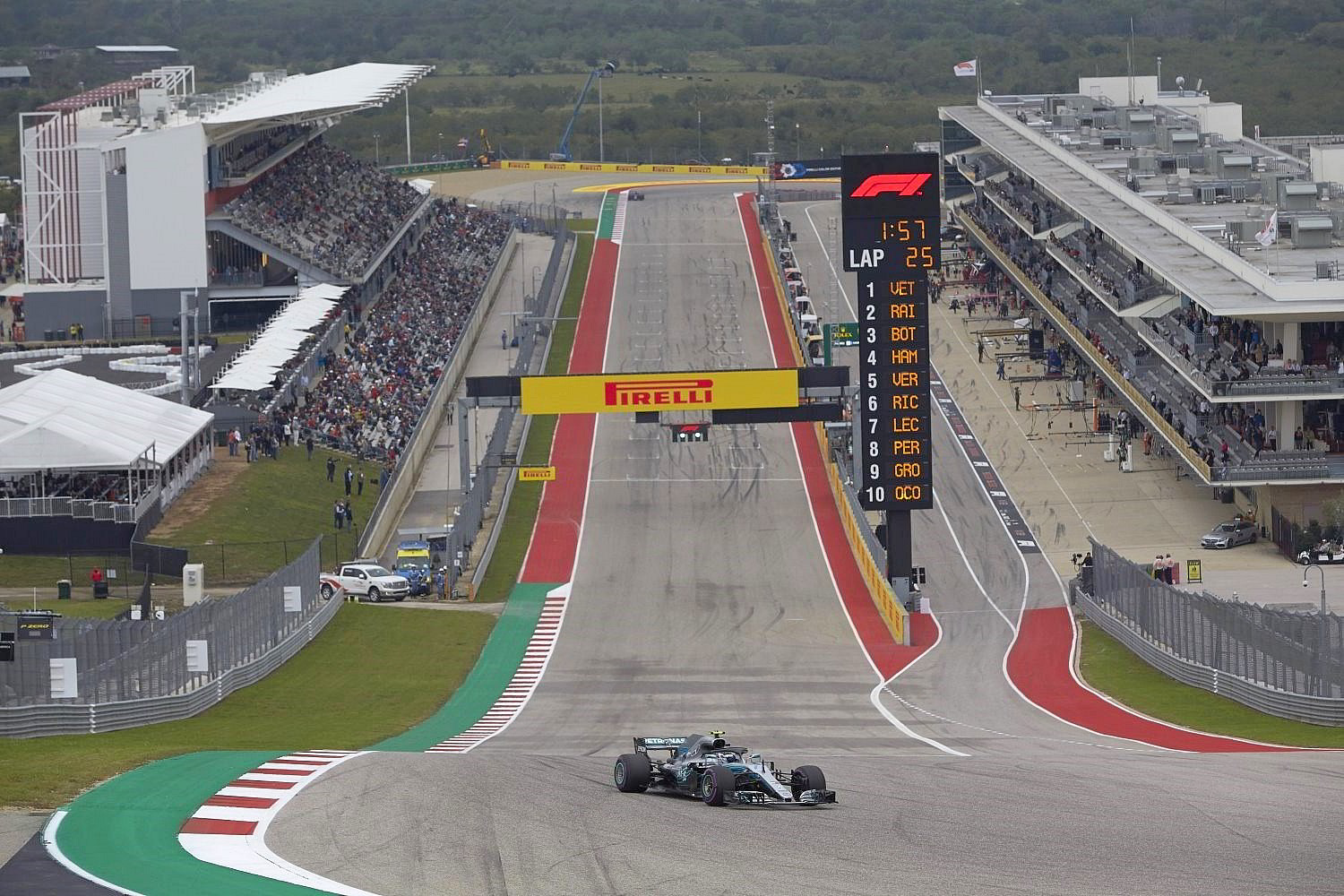 Formula 1 gears up for the 2021 United States Grand Prix at the Circuit of the Americas in Austin, Texas this coming weekend ahead of back-to-back races in Mexico and Brazil at the beginning of November.

The circuit is a great test of driver and machine, with an undulating layout that recalls some of the best sections from other epic tracks; the city is a never-ending source of excitement as life turns into a week-long celebration of Formula One; but what makes this event truly great is the fans. Their knowledgeable, passionate presence is what we missed so much in the two years since we last visited Texas.

Formula 1 has had a long and storied history in the United States, with several iconic venues across the country playing host to world championship events. Sebring, Watkins Glen, Phoenix, Las Vegas, Long Beach, Dallas, Detroit and the Indianapolis Motor Speedway have all been visited by Formula 1 while Miami looms on the horizon for the future.

Since 2012 the championship has established itself at the specially constructed and overwhelmingly popular Circuit of the Americas (COTA). Four years later Uralkali Haas F1 Team joined Formula 1, giving motorsport’s top championship both an American team and an American event.

COTA, located on the outskirts of the popular city of Austin, was purpose-built for Formula 1, featuring a mixture of challenges for teams and drivers alike.

The circuit’s focal point is the mountain-like Turn 1, now named Big Red in honor of COTA investor Red McCombs, and its plunging exit immediately opens into a sequence of high-speed changes of direction that draws inspiration from iconic circuits such as Silverstone and Suzuka. A long back straight, and stadium-style complex, promotes side-by-side battling thanks to a variety of racing lines, while a quadruple-apex right-hander and double left-hander draws the 5.5km lap to a close.

The memorable first turn sees the cars tackle a steep gradient during the braking zone, before the circuit switches through a series of fast, sweeping bends and heads out towards the far end of the track. A 1.00 km straight brings the drivers back towards the final sector, rushing past the iconic observation tower before a tough to negotiate final sequence of corners ends the lap. Having first appeared on the calendar in 2012, COTA has become a firm favorite of both drivers and fans alike, and the team looks forward to returning for the first time since 2019.

The circuit is very much a tale of two halves, with a very high-speed section at the start of the lap, with the brakes hardly being touched before turn 11. Following the long back straight, the nature of the circuit changes dramatically, finishing with a combination of low speed corners and the long, almost never-ending turn 16, turn 17, turn 18 combination. The elevation change around the lap is significant, and the rapid height gain prior to turn one is the signature incline. The circuit tends to change each year, with bumps coming and going as the substrate moves. Although we saw the MotoGP bikes race here a few weeks ago, we won’t really know what the impact of those bumps will be until we run the cars in FP1.

The weather in Austin at this time of year can be very varied and teams can expect anything from dry hot conditions, to very cold and wet weather. Inevitably, the conditions we have on each day will have a significant effect on the tire performance, and teams will need to remain flexible until the forecast becomes clear.

Max Verstappen enters round 17 in the lead of the 2021 standings by six points from Mercedes’ Lewis Hamilton, whose last win here came in 2017, while the Dutchman is yet to register a win at the 5.4 kilometer Circuit of the Americas, but Red Bull have won here before.

That came back in 2013 with Sebastian Vettel, en route to culminating that season with a record nine wins in a row, and Red Bull, as has been the tale of the season, are breaking the Mercedes hybrid tradition this season. So we should anticipate another strong Red Bull performance here.

We are not about to crown a new champion this weekend – rest assured this title race is going to the wire – but this could be a race to see who can draw fastest and take a real advantage in Texas.

Designed to evoke the majesty of corners such as Maggotts and Becketts and Istanbul’s
Turn Eight, there are many highlights across a lap of the Circuit of the Americas. Our
official Cyber Security Partner SentinelOne presents the key challenges behind a lap of
Austin.

Blasting along the start/finish line at 300km/h (186mph), drivers are met with the first
key moment of the lap: an incline to Turn One that’s steeper than Spa’s Eau
Rouge/Raidillon.

Braking starts while driving uphill, and the entry is largely blind, meaning it’s easy to
lock-up. The sharp-left corner then tightens, offering multiple points of attack and
defense, but the narrowing exit can be a flash point in the race.

Next up is the slaloming high-speed run through Turns Two to Six, which is inspired by
the Maggotts-Becketts-Chapel complex at Silverstone, taken at an average of roughly
260km/h (162mph). Entry speed, finding the flow, and throttle precision are key to this
section.

The circuit begins to open up when drivers reach the elevation change of Turn 10,
which is followed by a hairpin and then the longest straight on the circuit at 1,016
meters. It’s one of the best overtaking spots on the lap, and boosted with DRS ahead of
a hard braking zone conducive to passing.

The slower and technical Turns 13 to 15 evoke Hockenheim’s Stadium Section. It
begins with a hard-braking point, with speeds dropping to as low as 97km/h (60mph).

Turns 16 to 18 are modelled on Istanbul’s Turn Eight. It’s a sweeping multi-apex corner
where any errors are compounded in lap time due to the length of the corner.

Turn 19 is the last challenge of the lap, where running wide is often punished with lap
time deletions or in-race warnings, before the final corner brings the drivers back onto
the start/finish line to end the lap.