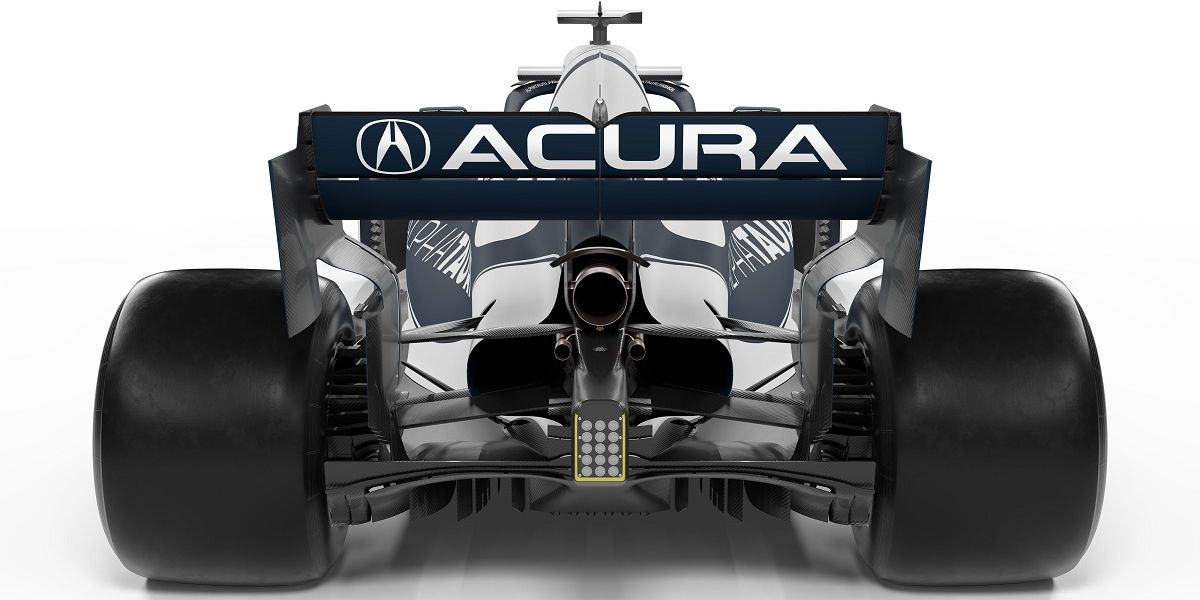 Scuderia AlphaTauri and Red Bull Racing and are pleased to announce that at this weekend’s United States Grand Prix in Austin, Texas they will welcome the Acura brand back to Formula 1 for the first time in more than a decade.

Honda’s North American high-performance brand had a regular presence at Canadian and US Grands Prix in the 1980s and 1990s, featuring on the visors of F1 legends Ayrton Senna and Alain Prost, but the last time the brand appeared in the sport was 14 years ago at the Canadian Grand Prix.

Now, thanks to Red Bull’s race-winning partnership with Honda, Acura will once again power back to the grid with Red Bull Racing Honda and Scuderia AlphaTauri Honda at the Circuit of the Americas in Austin, Texas from October 22-24.

Acura branding will feature on the rear wings of the teams’ cars and will also appear on the driving suits and helmet visors of Scuderia AlphaTauri drivers Pierre Gasly and Yuki Tsunoda, and Red Bull Racing drivers Max Verstappen and Sergio Pérez.

Scuderia AlphaTauri Franz Tost commented: “We are pleased to have the opportunity to carry such an iconic brand on our cars in Austin for the United States Grand Prix, especially as it has been so many years since Acura last appeared in the sport. We are having one of our best seasons so far and I hope Pierre and Yuki will be able to perform at the maximum this weekend, so we can celebrate as a team with Acura, like other F1 legends have done in the past.”

Masashi Yamamoto, Honda F1’s Managing Director said: “It’s very special to have Acura become part of our partnership with Red Bull Racing Honda and Scuderia AlphaTauri Honda for the United States Grand Prix 2021. This has been an incredible F1 season so far and we are proud to add the Acura brand to our story for this iconic F1 race in America.”

Emile Korkor, Assistant Vice President of Acura National Sales added: “I’ve been a huge Formula 1 fan my whole life, and as a kid growing up in Canada I remember when Acura appeared on the helmets of Senna and Prost at the Canadian Grand Prix. Motorsports competition is extremely important for a performance brand like Acura and we couldn’t be more excited about the partnership with Red Bull Racing Honda and Scuderia AlphaTauri Honda for this race.”