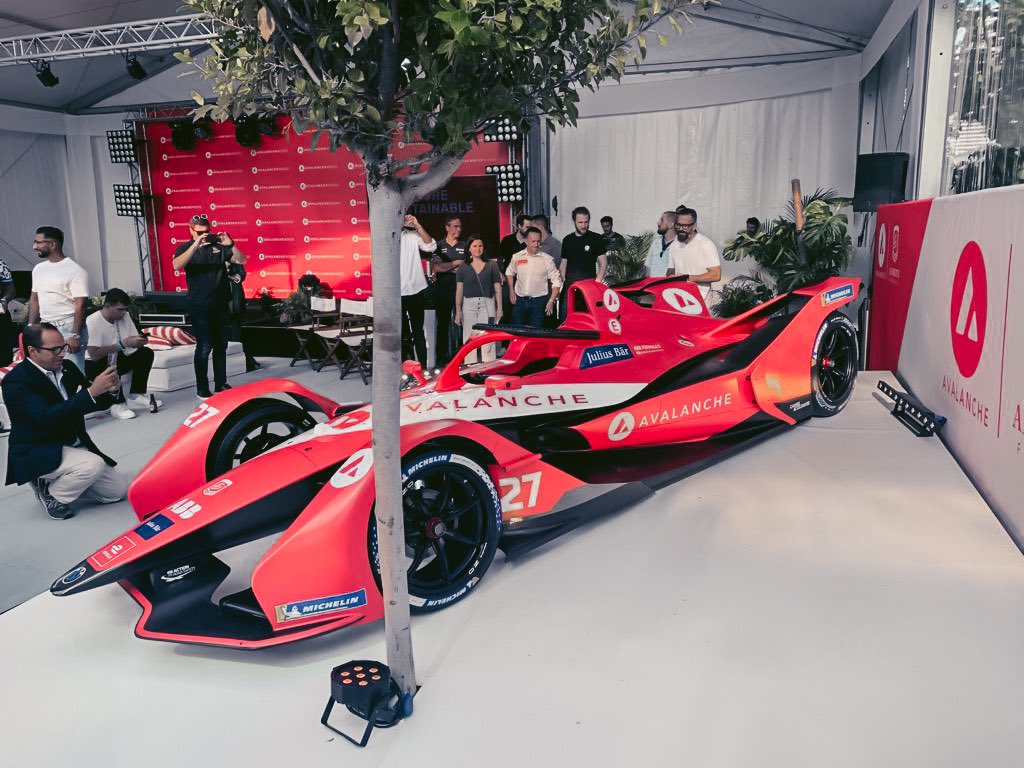 Andretti Formula E announced today that blockchain leader Avalanche has partnered with the team to serve as the title sponsor ahead of Andretti’s eighth season of the ABB FIA Formula E World Championship. The multi-year agreement marks the first title sponsorship from a blockchain company with a Formula E team and features a natural alignment between organizations committed to sustainability. To further the innovative nature of the partnership, Andretti has access to the native token of Avalanche, AVAX, in addition to the traditional US Dollar payment, to finance the sponsorship. 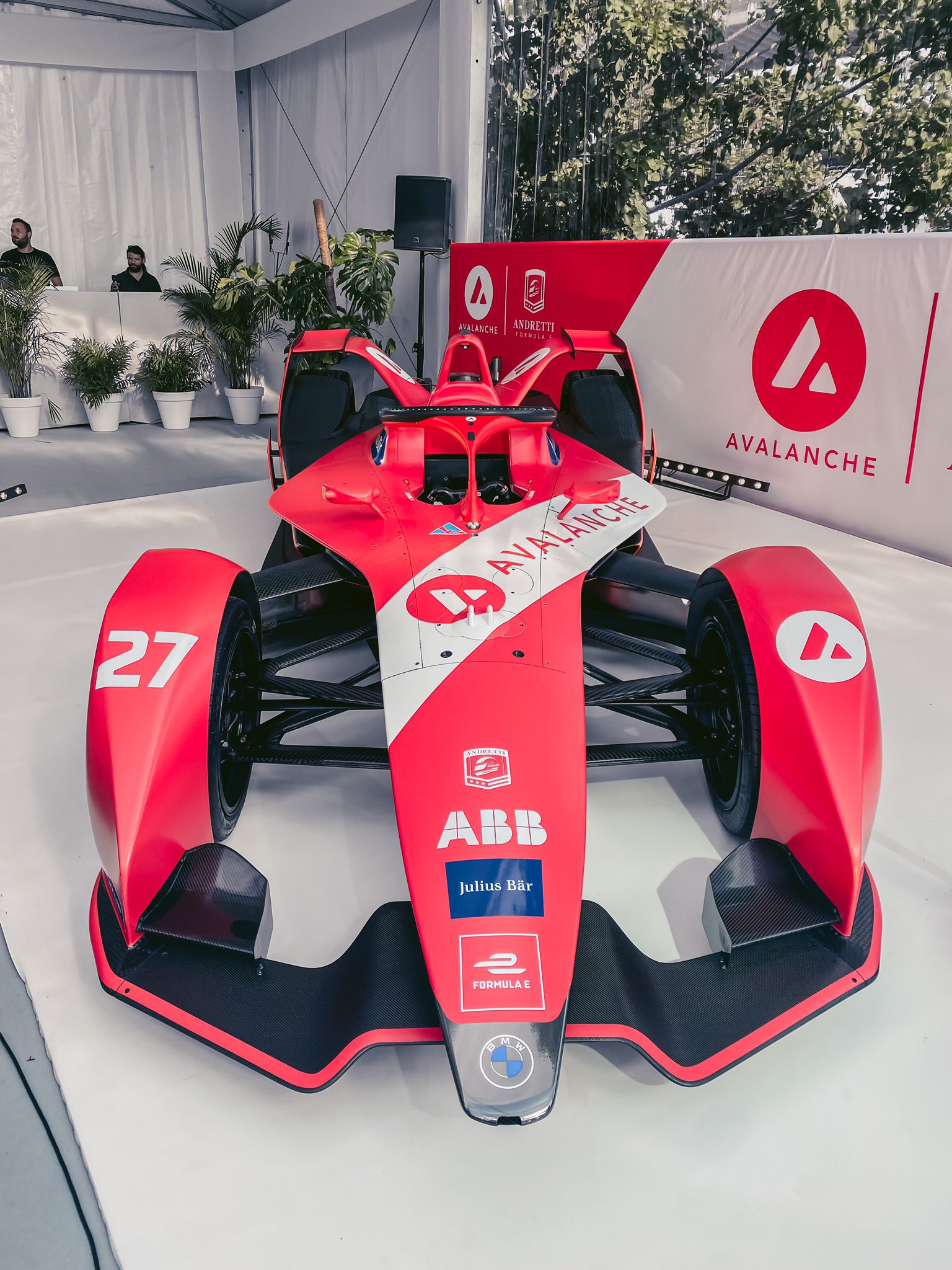 “As a founding team of Formula E, we believe in the mission and future of the Series and are excited to be bringing an innovative partner like Avalanche on board,” said Avalanche Andretti Formula E head Michael Andretti. “I think racing the Formula E series with us is an ideal place for blockchain, and the work Avalanche has done to create a fast and sustainable solution makes it a perfect fit for us. Not only do we share in the goal of winning on the track, but we also share in the belief that blockchain technology can make a positive impact on the world of motorsport. This opens opportunities for new ways to engage with fans, and a chance to introduce state-of-the-art technology into various areas of the team. We’re excited to see where this partnership will go.”

Avalanche is the fastest smart contracts platform in the blockchain industry, as measured by time-to-finality. It is blazingly fast, low cost, and eco-friendly. Since launching in September 2020, Avalanche has become a leader in decentralized finance and non-fungible tokens, with leaders like Topps migrating their digital collectibles efforts to the platform.

“Andretti and Avalanche are all proving that you don’t have to sacrifice high-powered performance when choosing to be eco-friendly,” says John Wu, President of Ava Labs, parent company to Avalanche. “We all have a responsibility to combat the climate crisis, and this partnership aligns pioneers leading the charge in their respective industries.”

First conceived in 2011, Formula E is the leading global championship for electric motorsports and is the first, and only, sport to be certified net zero carbon footprint from inception. The ABB FIA Formula E World Championship brings dramatic racing to the heart of some of the world’s most iconic cities providing an elite motorsport platform for the world’s leading automotive manufacturers to accelerate vehicle innovation. In seven seasons of Formula E competition, including time spent as a BMW works team, Andretti has secured eight pole positions, 17 podiums and seven ABB FIA Formula E wins.

“I am very pleased to welcome Avalanche to the Andretti Formula E family as the team’s new title partner,” said Team Principal Roger Griffiths. “From the outset, the energy and enthusiasm shown by the Ava Labs team has matched our own. Their ideas and creativity around the partnership demonstrates the kind of thinking they have put into their blockchain technology development that sees them as leaders in this field. We hope to match that with our own success by being leaders on the racetrack as well! We are all very excited about the first running of the Avalanche Andretti Formula E cars at the Valencia pre-season test in just a few weeks’ time.” 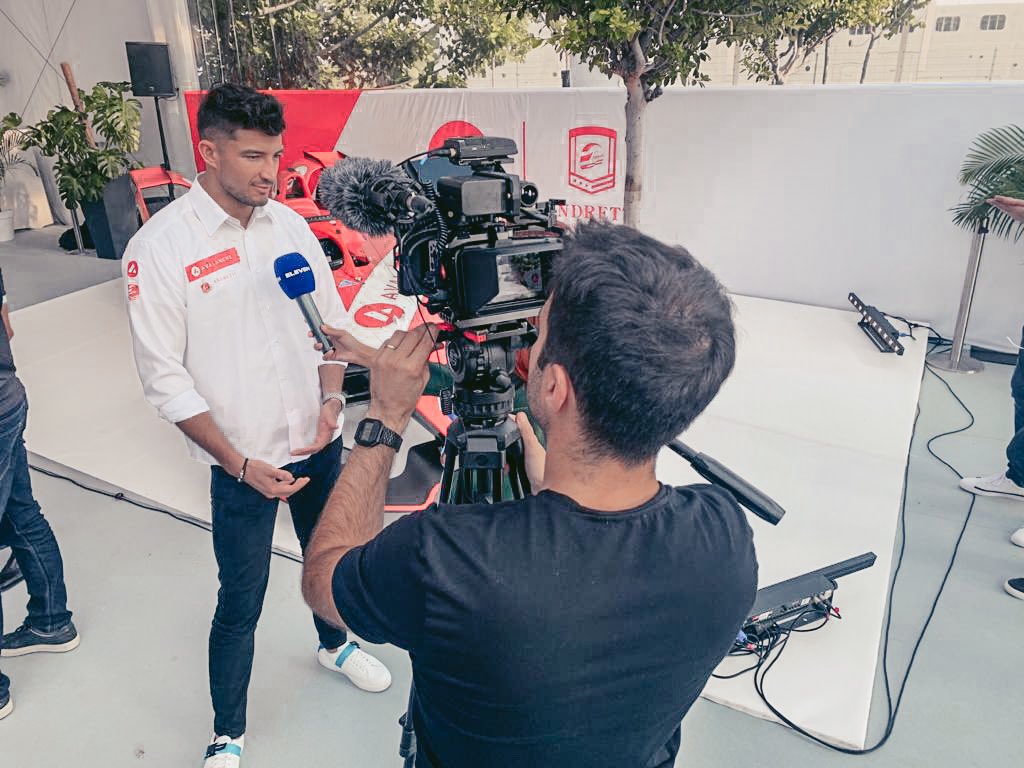 Formula E just completed a record-breaking year for its global audience, increasing its cumulative audience to 316M viewers – a 32% year-on-year growth. It is rapidly expanding in key markets, where the championship has found clear demand for electric racing in cities from fans and media partners alike. Season 8 of the ABB FIA Formula E World Championship will kick off on January 28 with the Diriyah E-Prix in Saudi Arabia. The newly named Avalanche Andretti Formula E team will contest two full-season entries, utilizing the BMW Racing eDrive03 drivetrain, with two-time Formula E race winner Jake Dennis returning to pilot the No. 27 entry. The driver of the No. 28 Avalanche Andretti Formula E entry will be named in the coming weeks.