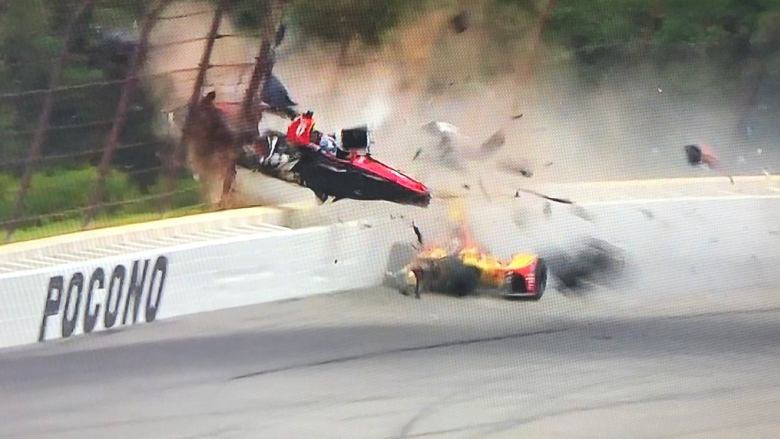 Over the years, IndyCar has lost out on attracting the world’s best drivers because they refuse to race on dangerous ovals, most of which have near empty grandstands, the Indy 500 notwithstanding.

Aryton Senna, Michael Schumacher, Lewis Hamilton, etc, the list goes on, all refused to give IndyCar a try because of the danger the ovals present. The death and injury count list is long.

Now Max Verstappen, the F1 great who some think is better than even Lewis Hamilton, says he likes IndyCar racing, but would never do it because of the danger ovals present.

“I love to watch (IndyCar),” Verstappen told NBC Sports. “It’s of course a little bit different to F1, but I think that’s also nice and makes it very interesting to watch. And from my side, I’m of course happy to be in Formula One because I’m not personally a big fan of ovals. The street tracks and road courses are good, but nah, I would not be a big fan of oval racing myself.

“It’s just the risk of a big crash is big, and of course, I know in Formula One there also is risk of an impact, but when you hit a certain wall with 200-plus mph, it’s not enjoyable. And that risk is higher in IndyCar, and especially if you would hit someone else, and you go into the fence, there are plenty of examples where it doesn’t end well or you end up being really hurt. So for me, I love to watch it. I have a lot of respect for the drivers who do it, but I’m happy where I am.”

Except for the Indy 500, IndyCar should consider abandoning all oval track racing given the fact that the crowd size is dwindling every year. It makes IndyCar look like a loser and the series loses out on attracting the world’s best drivers.