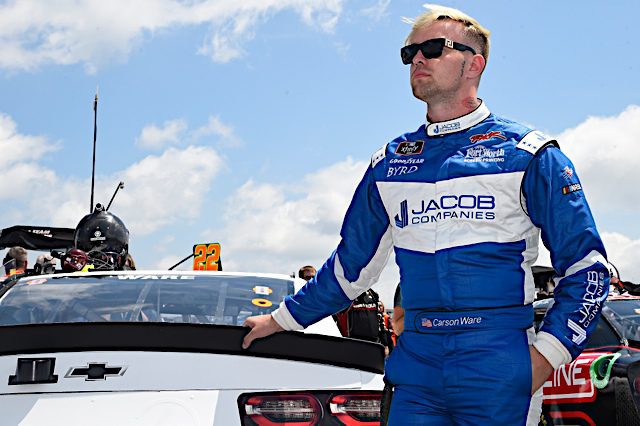 News release from Rowan County Sheriff’s Office indicates Carson Ware was involved in an altercation at RWR crew chief/operations director home where he was staying.

21-year-old Carson Reed Ware was arrested Wednesday on charges of assaulting a female, simple assault, and injury to personal property. Bond was set at $1,000 for the assault on female charge.

Ware is a member of Rick Ware Racing, and also is a professional stock car driver. He debuted in the NASCAR Xfinity Series in May 2020 as a driver for SS Green Light Racing. As of Wednesday, he was suspended from both SS Green Light Racing and from NASCAR indefinitely.

“This morning I was notified of a situation that involved Carson Ware. At this time, Carson has been indefinitely suspended by SS Green Light Racing and NASCAR. While I am frustrated by the actions of Carson, I am even more disappointed for Bobby Dotter and his entire team. Bobby has been a great ally through the years, and I hate to see SS Green Light Racing under scrutiny due to the actions that do not reflect the reputation and image that Bobby has worked hard to uphold over the years. My hope is that Carson will get the help that he needs during this difficult time.