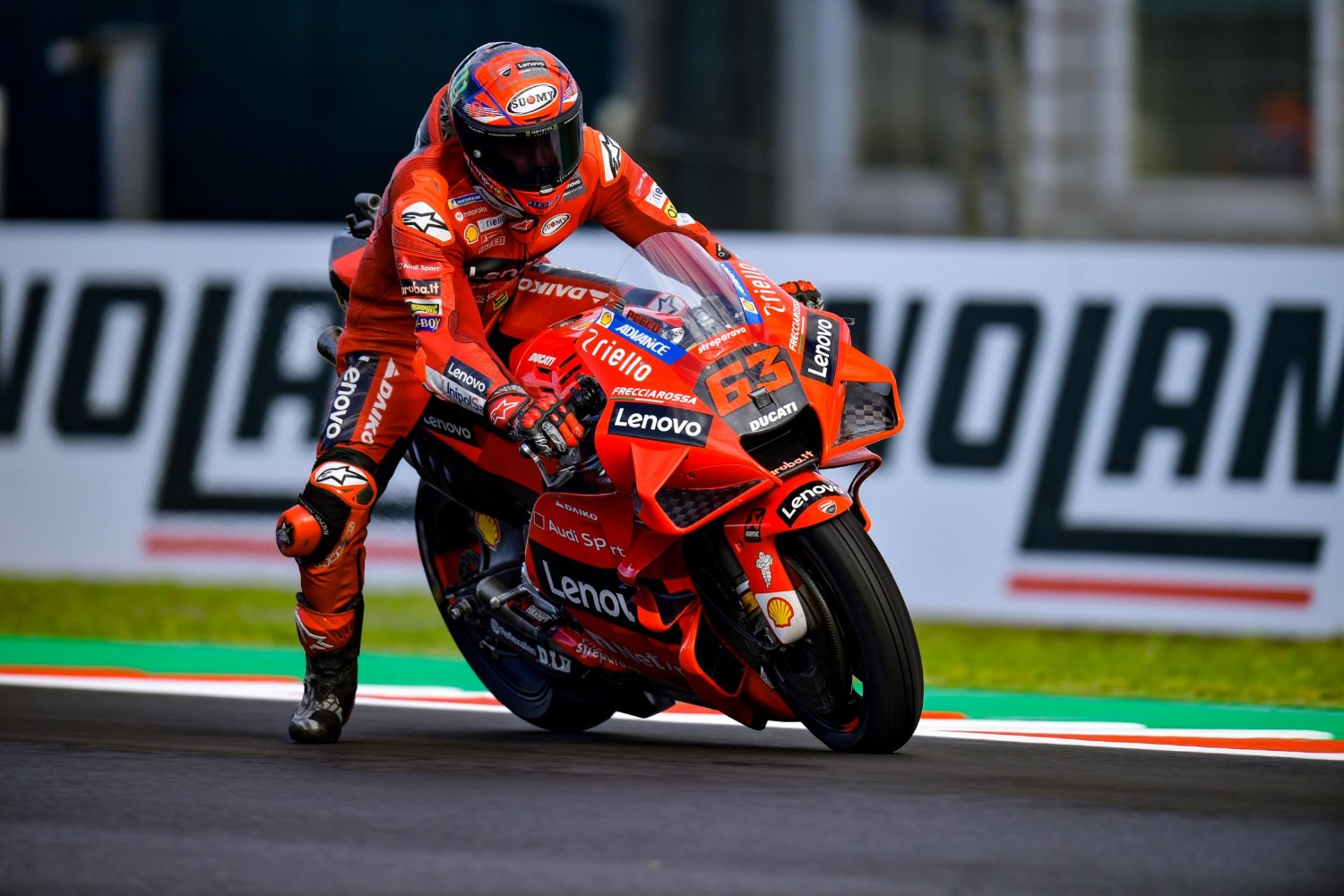 In what was his most important pair of qualifying sessions so far, Francesco Bagnaia bagged his fourth pole in a row on his Ducati.

With Fabio Quartararo suffering his worst premier class qualifying result, match point Sunday Gran Premio Nolan del Made in Italy e dell’Emilia-Romagna is set up to be a thriller.

This is Bagnaia’s fourth successive pole position. He is the first Ducati rider to take pole in four successive MotoGP events since Casey Stoner, with seven in a row in 2008 from the Catalan to the San Marino GPs.

With this pole position, Bagnaia became the first Italian rider to take four pole positions in a row since Valentino Rossi (Petronas Yamaha SRT) from the 2003 Malaysian GP to the 2004 Spanish GP (five in a row).

Bagnaia became the fourth rider since the current qualifying format was introduced in 2013 to qualify on pole position after passing through Q1, along with Marc Marquez (Thailand/2018), Maverick Viñales (Valencia/2018) and Jorge Martin (Austria/2021).