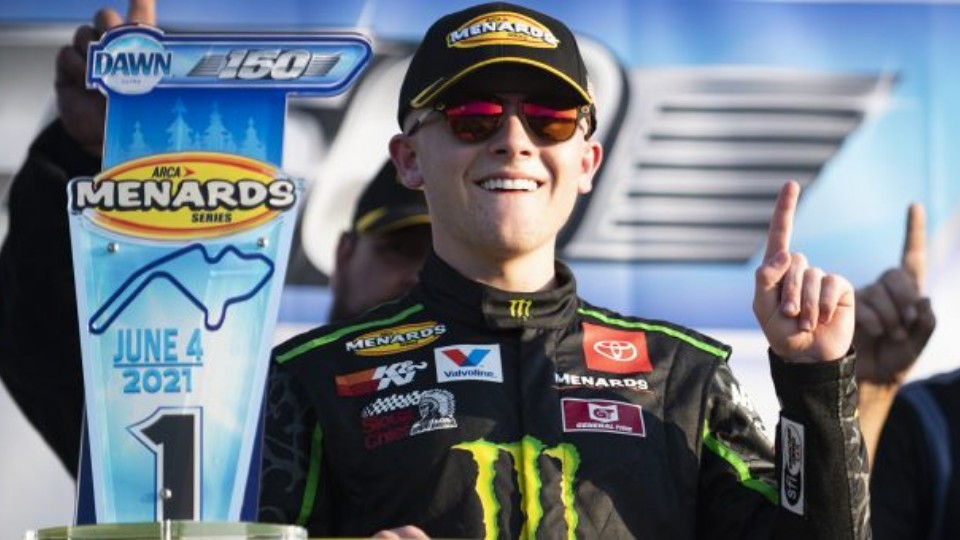 Toyota Camry driver Ty Gibbs earned the national ARCA Menards Series title on Saturday evening simply by starting the final race of the season at Kansas Speedway. This is Gibbs’ first national ARCA championship, and the second ARCA title he has won this season after claiming the ARCA Sioux Chief Showdown championship earlier this month at Salem Speedway in Salem, Indiana.

Gibbs has been dominant in ARCA Menards Series action this season. The 19-year-old has won 10 races and finished inside the top-five in 19 of the 20 races on the schedule. The North Carolina-native has started from the front row in 19 of 20 races and led over half of the laps in ARCA competition.

“We are thrilled to see Ty deliver yet another milestone for Toyota this season,” said Paul Doleshal, Group Manager, Motorsports and Assets, Toyota Motor North America (TMNA). “Ty works hard and strives to deliver every time he is behind the wheel. His success this season will put him in the record books for years to come and Toyota is proud to be a part.”

It has been a stellar season in the ARCA Series for Joe Gibbs Racing (JGR) as their drivers have won all three titles they were competing for this season. Along with Gibbs’ two titles, Toyota development driver Sammy Smith scored his first ARCA Menards Series East title on September 16 at Bristol Motor Speedway aboard a JGR Toyota Camry.