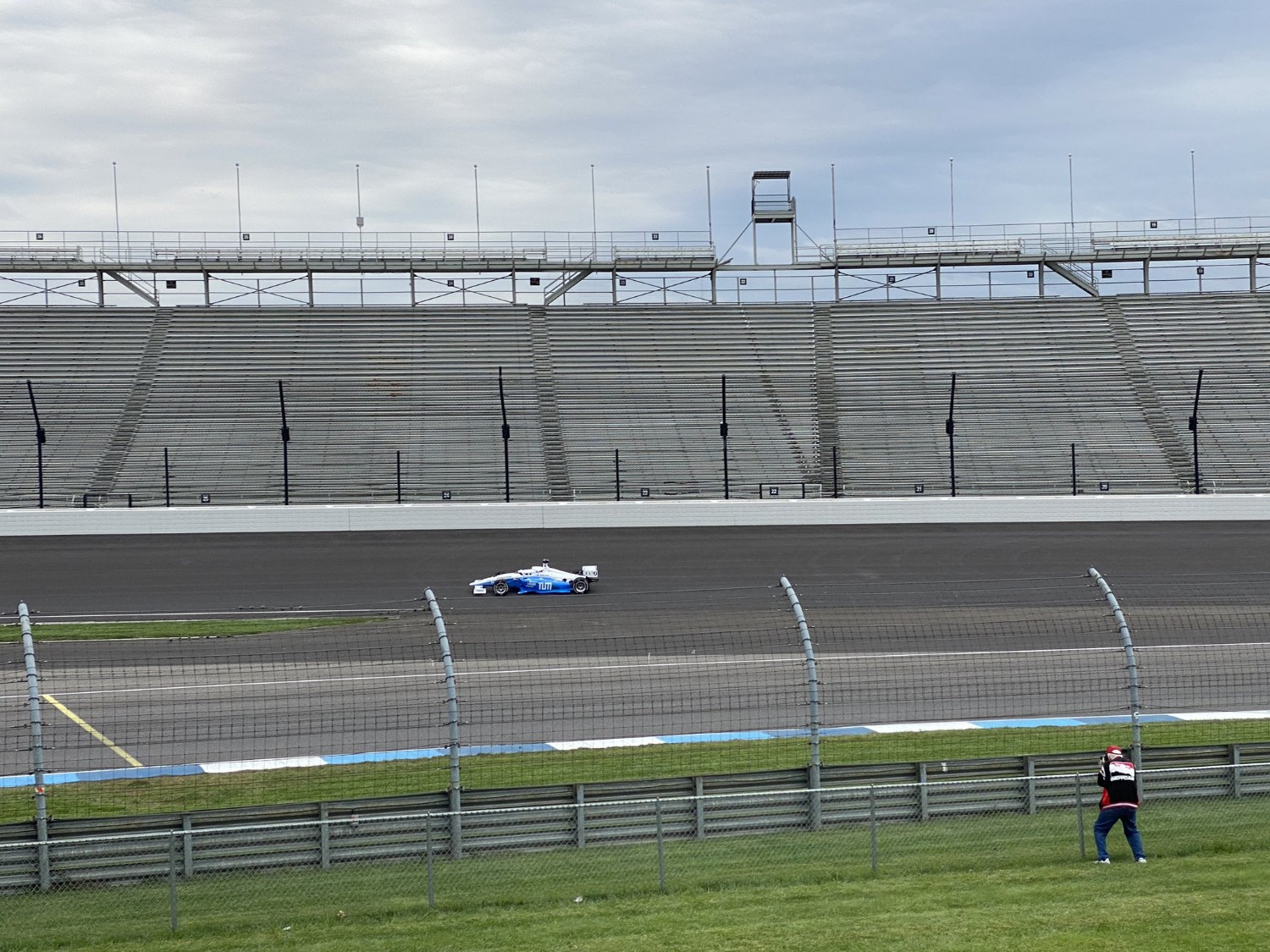 That’s pretty cool with nobody being behind the wheel.

Roger Penske owns IndyCar and IMS and he supports the development of driverless car technology – think about all the money he can save in the future if he does not have to pay driver salaries as a team owner.

TUM Autonomous Motorsport from the Technische Universität München (TUM), has won the Indy Autonomous Challenge Powered by Cisco (IAC), the first autonomous racecar competition at the Indianapolis Motor Speedway (IMS). TUM competed in a field of 9 teams from 21 universities to win the $1 million grand prize.

The Rules of the IAC competition required each team to compete in a fastest lap competition that included an obstacle avoidance component. The winning team recorded the fastest 2-lap average speed of 135.944 on the famed IMS Oval.

“Participating in the Indy Autonomous Challenge allowed our team to advance autonomous driving technologies and being able to take first place after two years of hard work acknowledges that we had an outstanding team,” said Alex Wischnewski, team leader of TUM Autonomous Motorsport. “Our next goal is to win a high-speed autonomous head-to-head race.”

Organized by Energy Systems Network and the Indianapolis Motor Speedway, the primary goal of the IAC is to advance technology that can speed the commercialization of fully autonomous vehicles and deployments of advanced driver-assistance systems (ADAS). These enhancements will lead to increased safety and performance in motorsports as well as all modes of commercial transportation. In addition, the competition serves as a platform for students to excel in Science, Technology, Engineering and Math (STEM) and inspire the next generation of innovators.

An exhibition from the IAC official racecar company, Dallara, followed with the Indy Racing Experience two-seater driven by professional racecar driver Gabby Chaves, with Indiana Secretary of Commerce Brad Chambers in the passenger seat. In addition, Dallara CEO Andrea Pontremoli drove the Dallara EXP with Luminar CEO Austin Russell in the passenger seat. The Dallara EXP was designed by The Dallara Group, and its company Founder and President Giampaolo Dallara.

Indiana Governor Eric J. Holcomb officially started the competition with the call “Ladies and gentlemen start your software and crank your engines.”

“The IAC would not be possible without the generous support of Lilly Endowment Inc. and the Indiana Economic Development Corporation, which have been committed partners since the beginning,” said Paul Mitchell. “The prize money won by TUM Autonomous Motorsport will go to the Technische Universität München (Technical University of Munich, Germany), to support the university’s efforts to further autonomous technology research and development. We know that the achievements of our IAC teams, alongside some of the best companies in the world, will certainly lead to the acceleration of Indiana’s AI and automation industries well into the future.”

In addition to thousands of attendees at the IMS, and more than 20,000 viewers on the AWS livestream, the IAC hosted 350 high school STEM students, the next generation of innovators, representing more than 50 urban, rural and suburban school districts across Indiana.