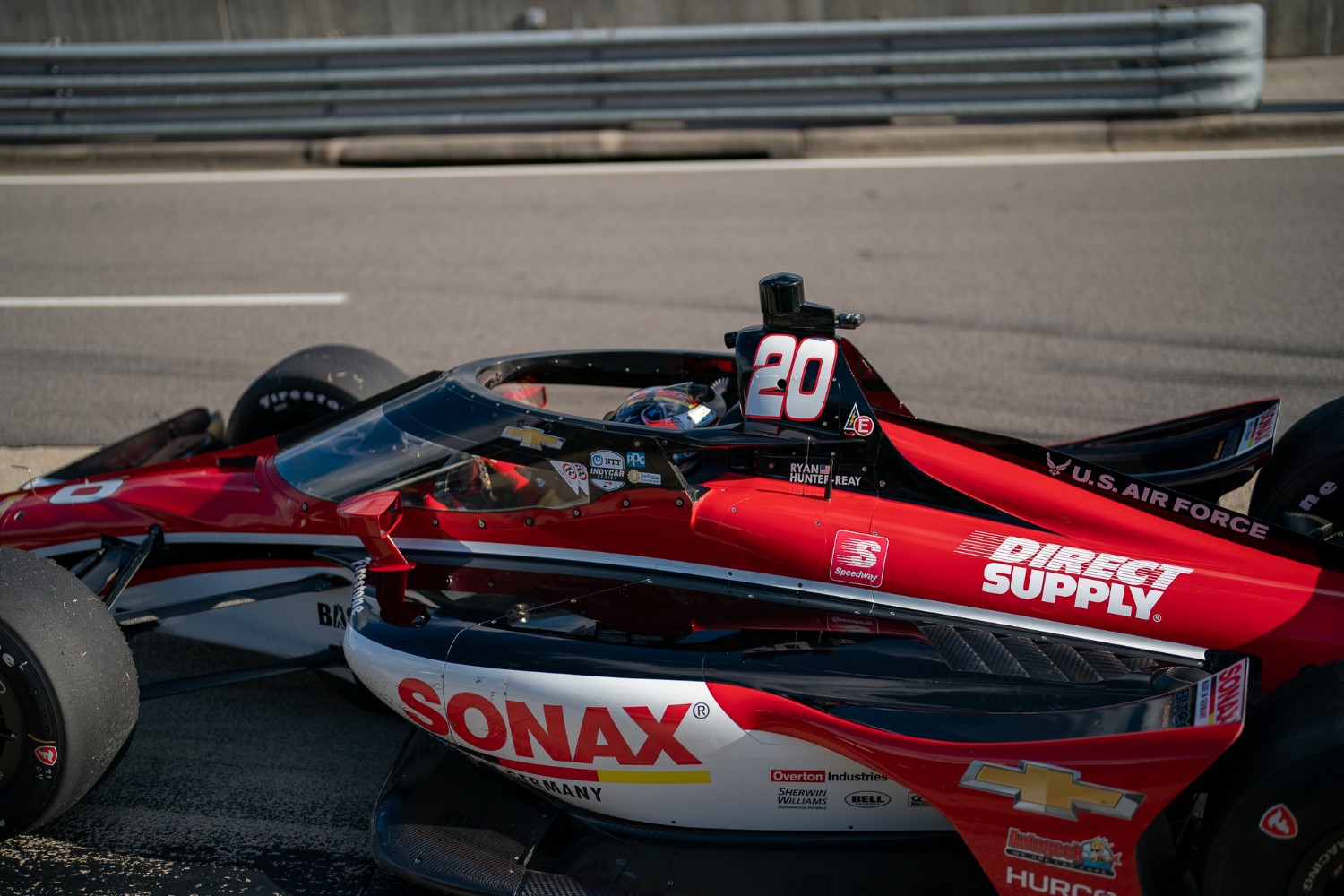 20-year-old Chicago native David Malukas and German Nico Hulkenberg turned their first laps in an IndyCar. They both hope to land a ride in 2022. Malukas landing with Coyne is nearing a foregone conclusion.

Malukas finished three-tenths clear of second-fastest Ryan Hunter-Reay (1:06.398 vs. 1:06.698). While he was 1-second off the pace, Hulkenberg was all smiles and he really seemed to enjoy driving an IndyCar, but he struggled in the morning.

After nearly 200 F1 starts during his nine full seasons the heavier IndyCar was a handful for the German.

“It took definitely the morning,” Hulkenberg told RACER. “There was some other stuff here such as with the aeroscreen, there was not much air coming in and I had trouble with that in the morning, so it was a little bit difficult and tricky  to feel immediately very happy in the car from a physical point of view.

“Then by lunchtime I felt like I made some good progress, and felt a bit more in the groove, and also the lap times and the performance started to come in by then.

“I definitely need to hit the gym! I can confirm that these are steering monsters! Wow. It’s always different when you experience it yourself, but the steering loads are pretty impressive, very heavy. With these cars the G-forces are still there, obviously not as extreme as F1 but still there is G going on, and the steering loads combined with that make it a very physical car.”

“It’s been a year since I’ve been in a race car ,so first of all that was quite nice again,” he said. “Obviously quite different from a Formula 1 car, just the whole sensation, the experience, the sound, the seating position – everything is different. So I had to get my head around that, but I think it was a good and successful day from my point of view, and I’m happy to have had the opportunity here today. It was great fun.”

“Working with the team was good,” he said. “Very professional. Pretty F1-style, I would say. Obviously it’s different out here over by the pit wall and stuff, but in terms of how they work and what you talk about and everything, it’s very similar to Formula 1.”

Former Andretti Autosport driver Ryan Hunter-Reay tested for Ed Carpenter Racing that he hopes to join in 2022 on a part-time basis.

Kyle Kirkwood and Devlin DeFrancesco hope to graduate from Lights to IndyCars with Andretti Autosport in 2022.